ABOVE After a storm came out of nowhere in southern Wyoming, I didn’t even bother to break down my rods before hightailing it out of there. The upshot is I was ready for any promising water the last leg of the road trip might offer.

A skunking always hurts a bit. When it carries on for days on end during a trip with sky-high expectations, it becomes hard to take. The last moments of a trip like that—when your shoulder hurts from casting, you should’ve been on the road two hours ago, and your fly patches are full of streamers, midges, and everything in between because you’ve tried desperately with the thought that if you could just find that one right fly you’d be saved—those moments cut to the core.

Last spring, I got skunked like that on a trip I’d built up in my mind—a homecoming of sorts to my beloved Upper Peninsula of Michigan. I lived in the U.P. for most of my 20s, and while I’d always wanted to fish the Two Hearted River, I never made it there before moving out west.

As namesake of my favorite Hemingway story (and favorite beer), the Two Hearted always carried a certain mystique—a magical river where the trout were fat, hungry and came one after another. When I arrived on its banks a week into a solo road trip, my expectations soared. But three days of high water, thick brush, and clouds of mosquitoes left me fishless and disheartened. 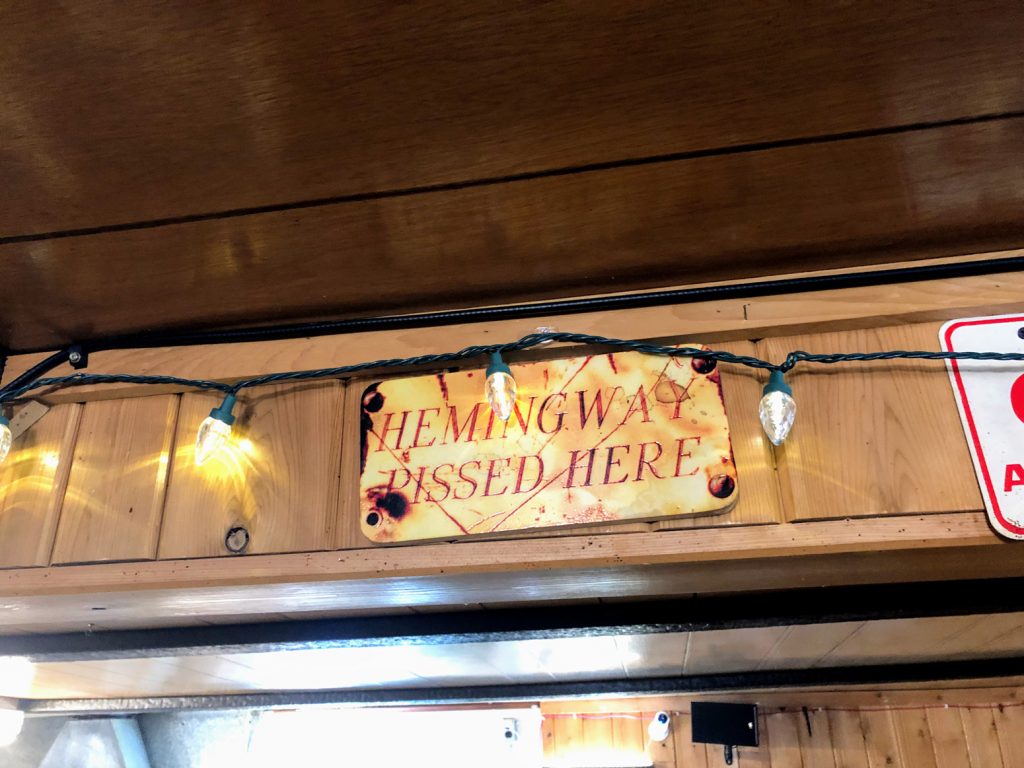 Exploring northern Michigan, you’re bound to come across Hemingway’s ghost. This place was the setting of many of his boyhood adventures and early short stories.

I say “got skunked” like it’s something that happened as I passively sat by. In reality, it’s more likely that my actions or inactions led to my lack of fish. I tried to tell myself that the trip wasn’t a total skunking. Earlier on in the road trip I’d caught some bluegill on wooly buggers off a friend’s dock in the eastern U.P. A few days later, I’d gone on to catch some palm-sized fingerling browns on tiny dries on a creek near my parents’ house in lower Michigan. But the heart of my visit, the part I’d thought of as the “fishing trip,” left me biteless, save for the mosquitoes.

I put the Two Hearted behind me as I picked up my wife, Amy, at a lower Michigan airport and celebrated the actual reason for my trip to Michigan: my little sister’s wedding. But after the festivities, after dropping Amy at the airport for her flight back to Utah, and after packing up the car for my own long drive back, my mind returned to those cold, rainy, fishless days on the Two Hearted. 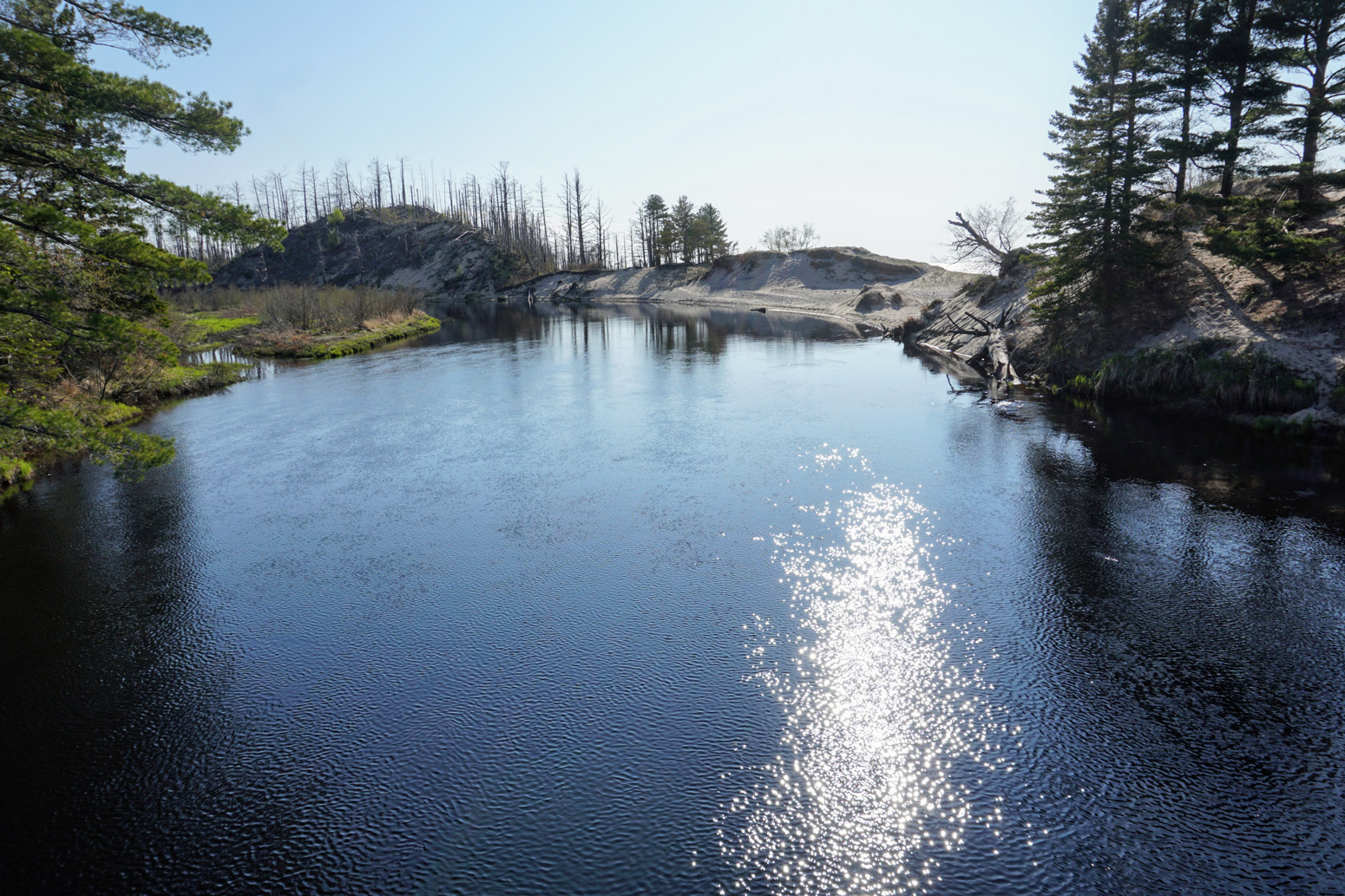 Meandering out of the dense forests of the Upper Peninsula, the Two Hearted River cuts one last bend in the sand on its final stretch toward Lake Superior.

After hours of cruise control through Iowa and Nebraska, I crossed the border into Wyoming. I had one more afternoon for fishing before the home stretch back to Utah. I Googled “trout fishing near me” from a Pizza Hut in Cheyenne, and the top result sounded good enough for me. After a final night sleeping in the back of the car in a Walmart parking lot, I headed that way.

After the tight brushy banks of the Two Hearted, it felt good to be on a massive, open western stream. There wasn’t much action at first, but some good signs—a few blue wing olives on the water, the occasional fish rising to meet them. The breeze felt good without hindering my cast too much.

About an hour in, I saw it: a monster rainbow sipping. I got into position, with memories of the Two Hearted crushing my confidence, but managed to land a fly a few feet upstream of the fish’s nose. It slurped the fly, and for a second I questioned whether I’d somehow snagged on a log. 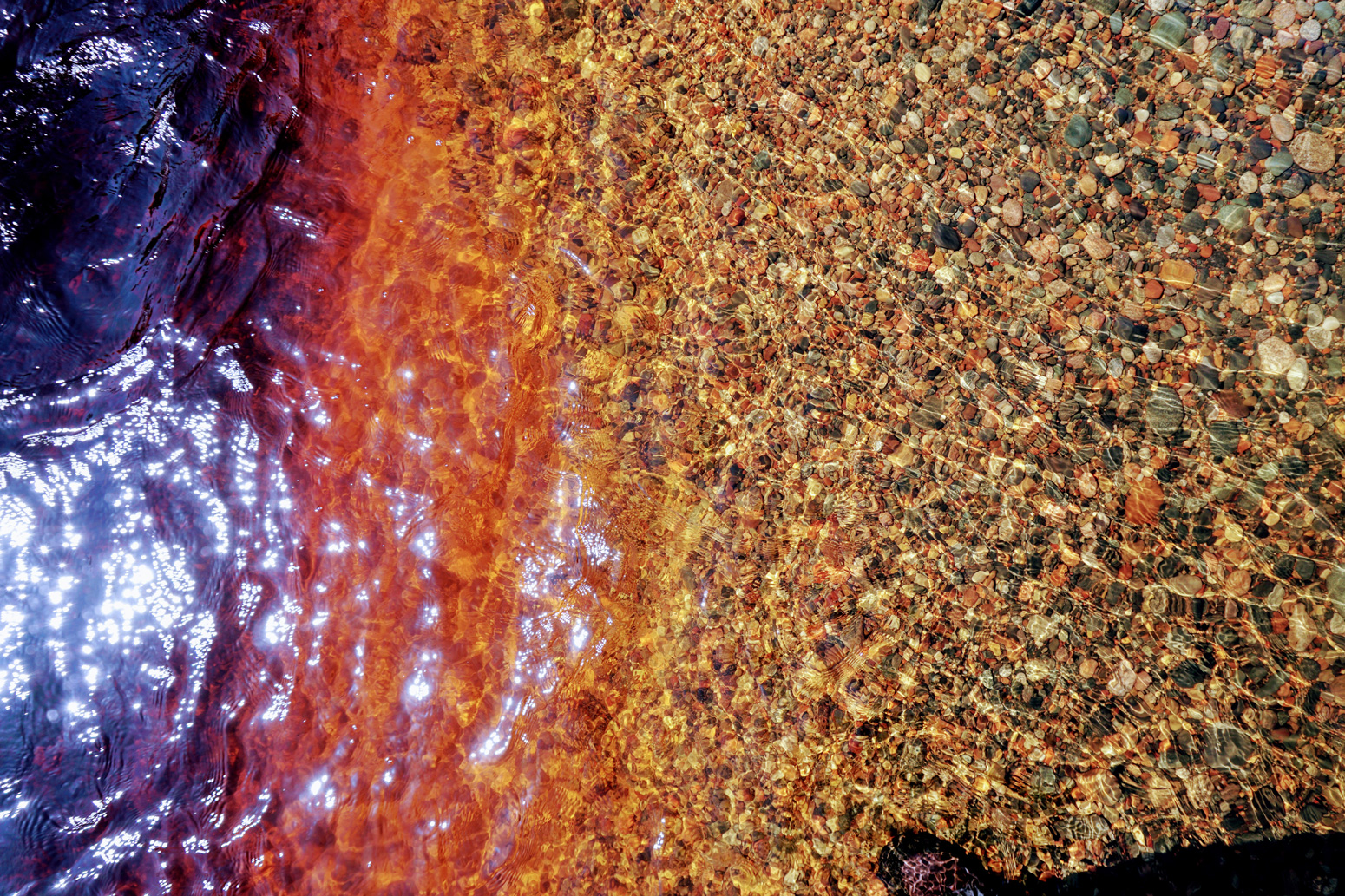 The tannin-stained Two Hearted bleeds into the pristine, icy waters of Superior.

Then it ran and made the first of several powerful jumps. I retrieved line and it jumped again. The cork of my six-weight quivered. It ran downstream and into backing. I chased it as quick as I could manage without losing balance, nearly running and trying to recover line the whole time.

I got the fish close, my leader nearly into my guides, but I felt that gut-sinking feeling of tippet about to pop, that feeling right before the line goes totally slack. I took a mad swipe with my net but missed, and the rainbow took off downstream again.

By the time I got close a second time, I was soaking wet—river water, sweat and beer spilled down the front of me from my chest pack holster. This time when I swiped with the net, I scooped the fish. It didn’t really even fit in my net—half of its big, fat body in there with the tail sticking out. 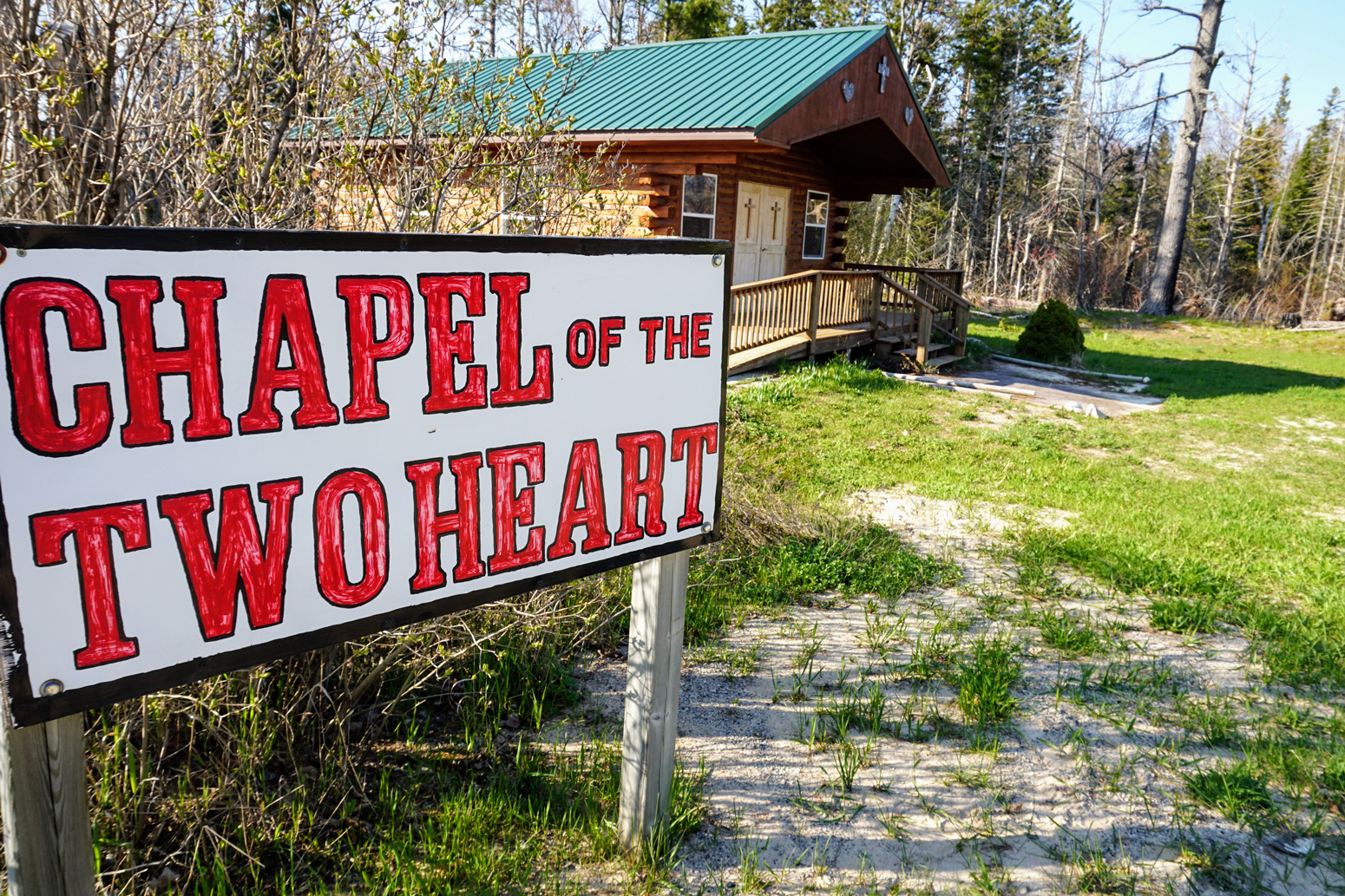 The Two Hearted left me fishless, mosquito-bitten and disheartened, with a car full of rain-soaked camping gear and a desire to return and try again as soon as possible.

Catching my breath, I pulled the fish out and admired the thick silver body and vivid red streak. I held the body in my palm and its tail came clear to the crook of my arm. The biggest trout I’d ever caught. I snapped a photo and removed the fly. It flopped back into the current and I watched it swim away. Then I flopped down on the bank, star-fished on my back to let the sun dry me.

Just when you think you’re skunked, a fish like that comes out of nowhere. I lay there in the sun for I don’t know how long. I fished a bit more, half-heartedly, until a thunderstorm forced me to pack up and head out.

Back on the westbound interstate, I mashed the pedal to the floor, ready to see my wife and dogs again after several weeks on the road. Rain pounded the windshield and thunder shook the car. Soon, the rain stopped—blue sky ahead, grey storm behind, and a rainbow in the rearview, arcing across the sky.