ABOVE: When the sun is too low to easily spot carp, there’s usually great light to take photographs. Though this viewpoint is easily accessed by road, it feels like you’re on the top of the world, with volcanos peeking above the horizon to the west, and the day’s water down below.
With the ranger on full patrol, you pass up the manicured state park experience. Sleeping in a dirt lot on the side of a quiet county road is more attractive. You don’t need sites #14-27 or the neighbors’ campfire smoke or weekend park smells. You find the hobo camp, the unpaid fringes. You don’t need much, just a place to try and sleep through the dark.

The longest days make for the shortest nights. Does anyone sleep well before the first day of fishing, or are you the only insomniac? Keep putting back cool summer beers? Twist up more tobacco? Peck at a blue light, triple-checking flows and incurring more data-overage charges? You cannot sleep, not because of things bumping in the night, but because the sky is so big, and you have days ahead in this desert with a truck full of supplies and a few carp to find. The carp are out there doing carp things and they’ll be there doing the same carp things when you find them. 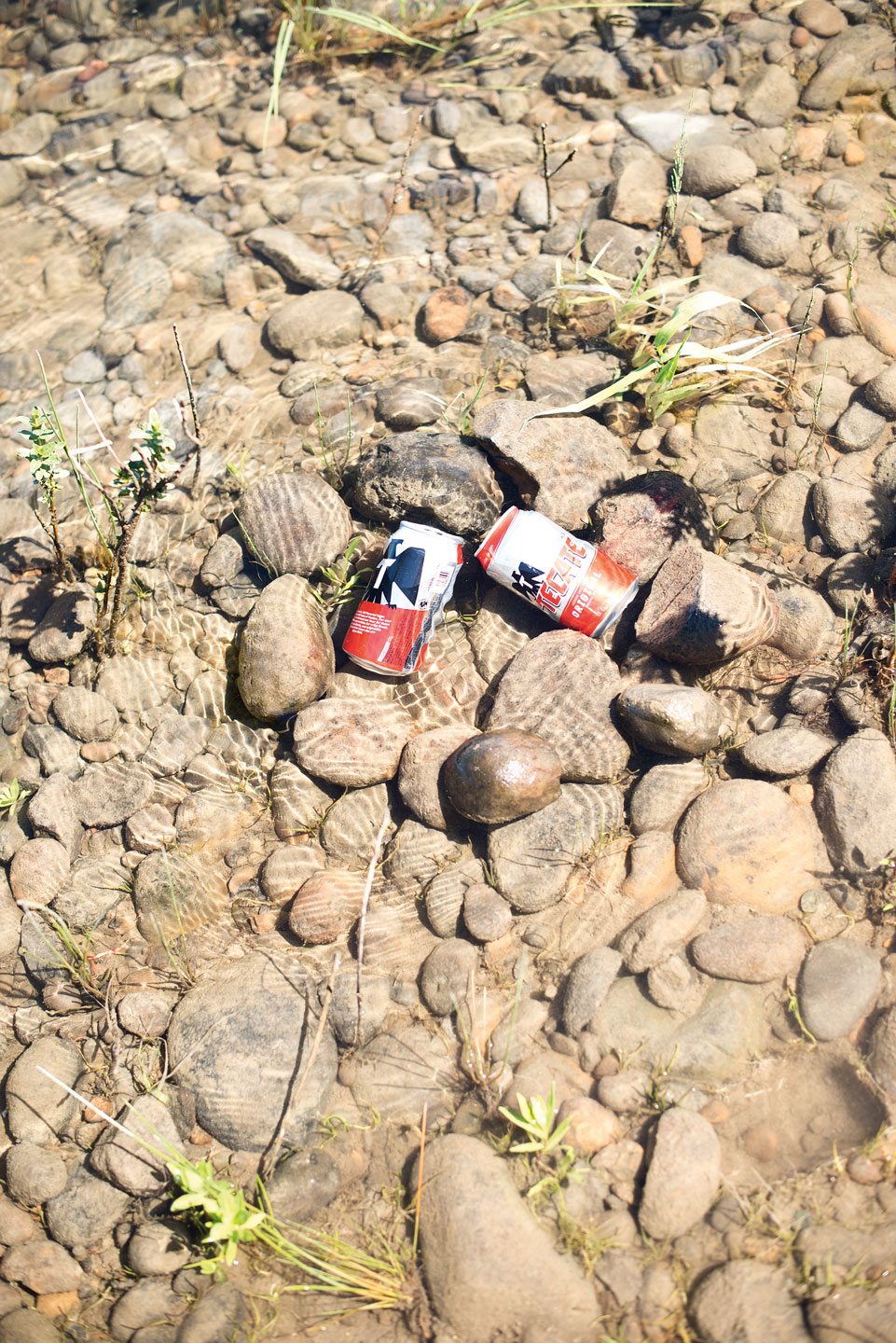 above Tecate contains more absorbable water than any other beer—that’s what I tell myself the next morning, at least. Be sure to keep an eye on them if the water starts to rise—or drink them quickly, your call.

It’s 8:04 a.m. and a 45-minute desert bushwhack finds no fish. Carping at its finest. Sometimes the best fishing is just throwing rocks in the water. Maybe they’ve all died of radiation poisoning. Maybe you should have brought a Geiger counter. 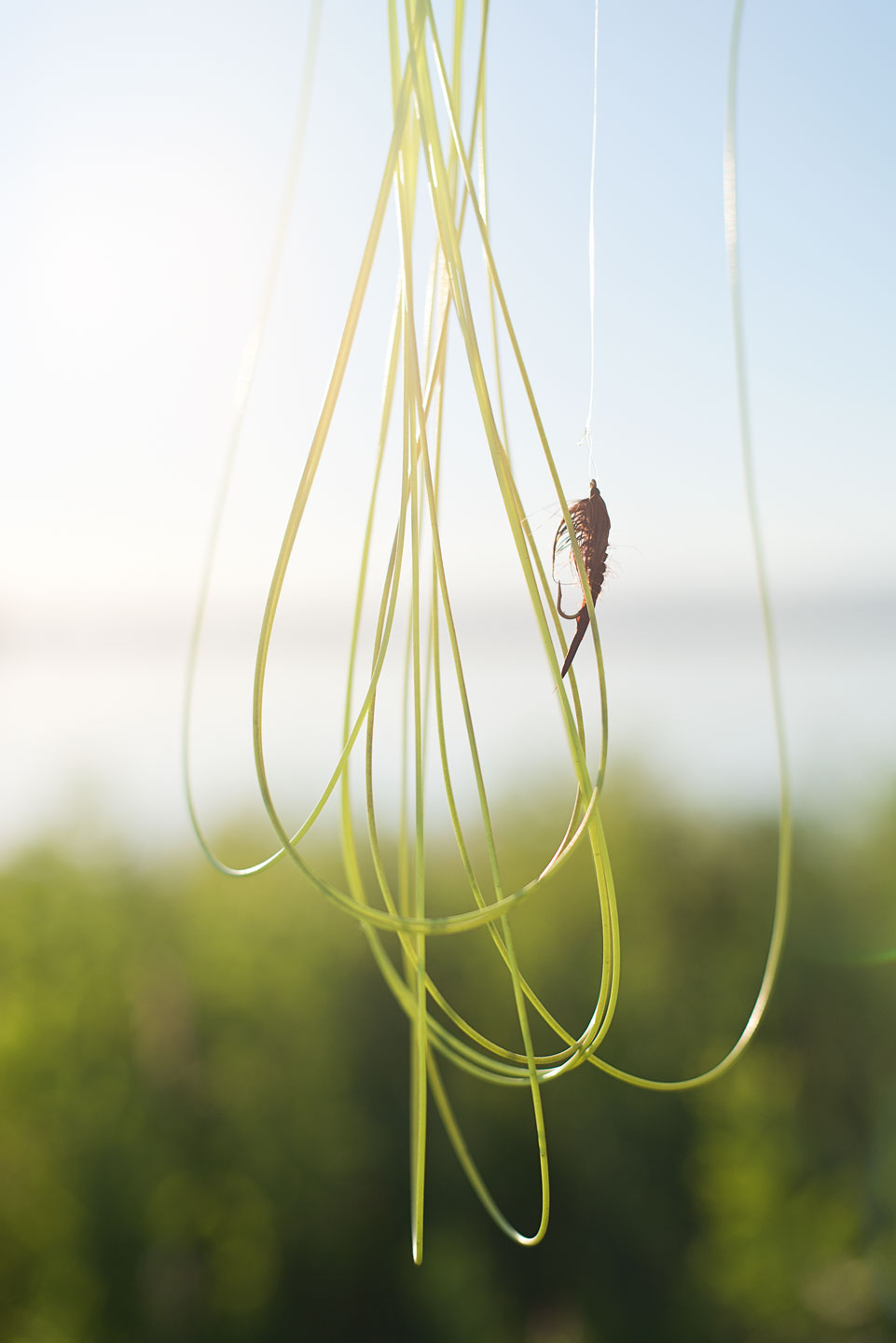 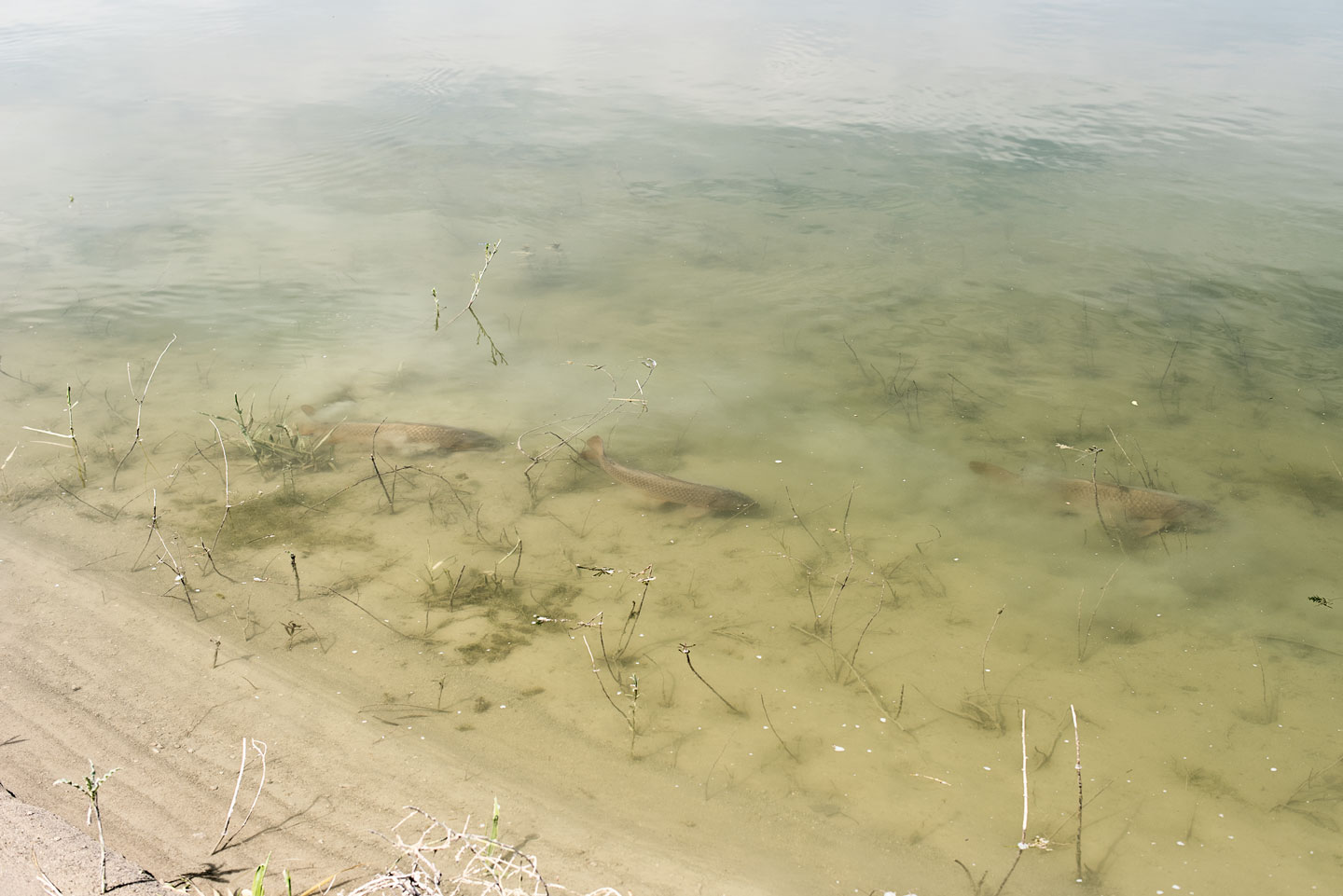 above TOP TO BOTTOM
A home-tied version of Bob Clouser’s Swimming Nymph is a money pattern for cruising carp. Put it right in front of them and see what happens. They might eat it, or they might not—standard for a carp.

Pick a fish and cast. Choose the bigger one, or maybe the smallest one. They’re sporty either way and it’s not often you catch a two-pound carp.

One of the tips in the eastern Washington desert is to stay hydrated. Beer counts and becomes lunch. Solid food is too heavy in this heat. Of note, Tecate contains more absorbable water than any other beer. It’s on the label, in Spanish, and your sister said so.

Carp-stroke is equal to or greater than heatstroke, which is greater than or equal to a daytime beer buzz. It’s a tricky equation. You’re not the only one confused. You’re still learning.

Tailing carp are the prettiest

Their reward a snack 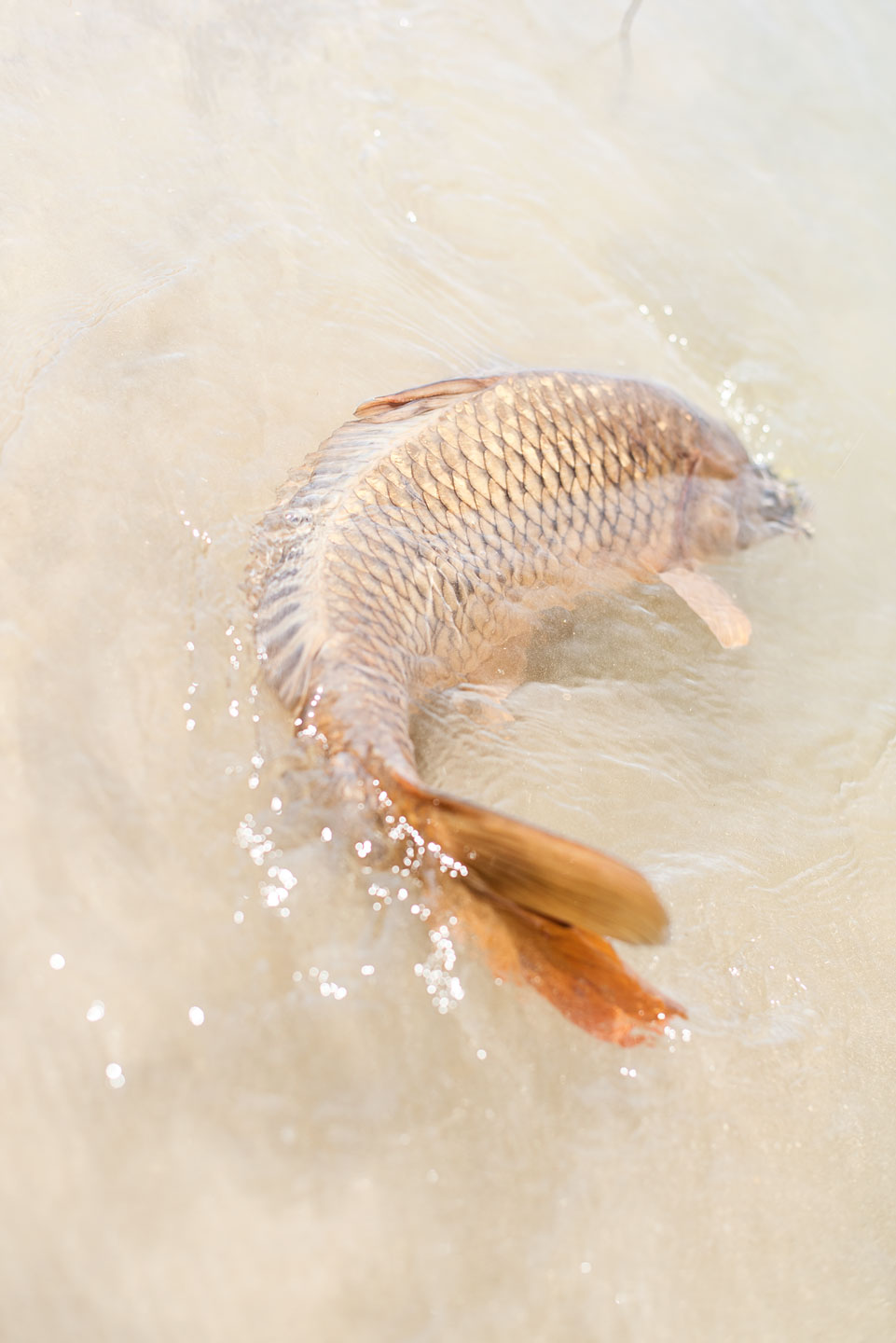 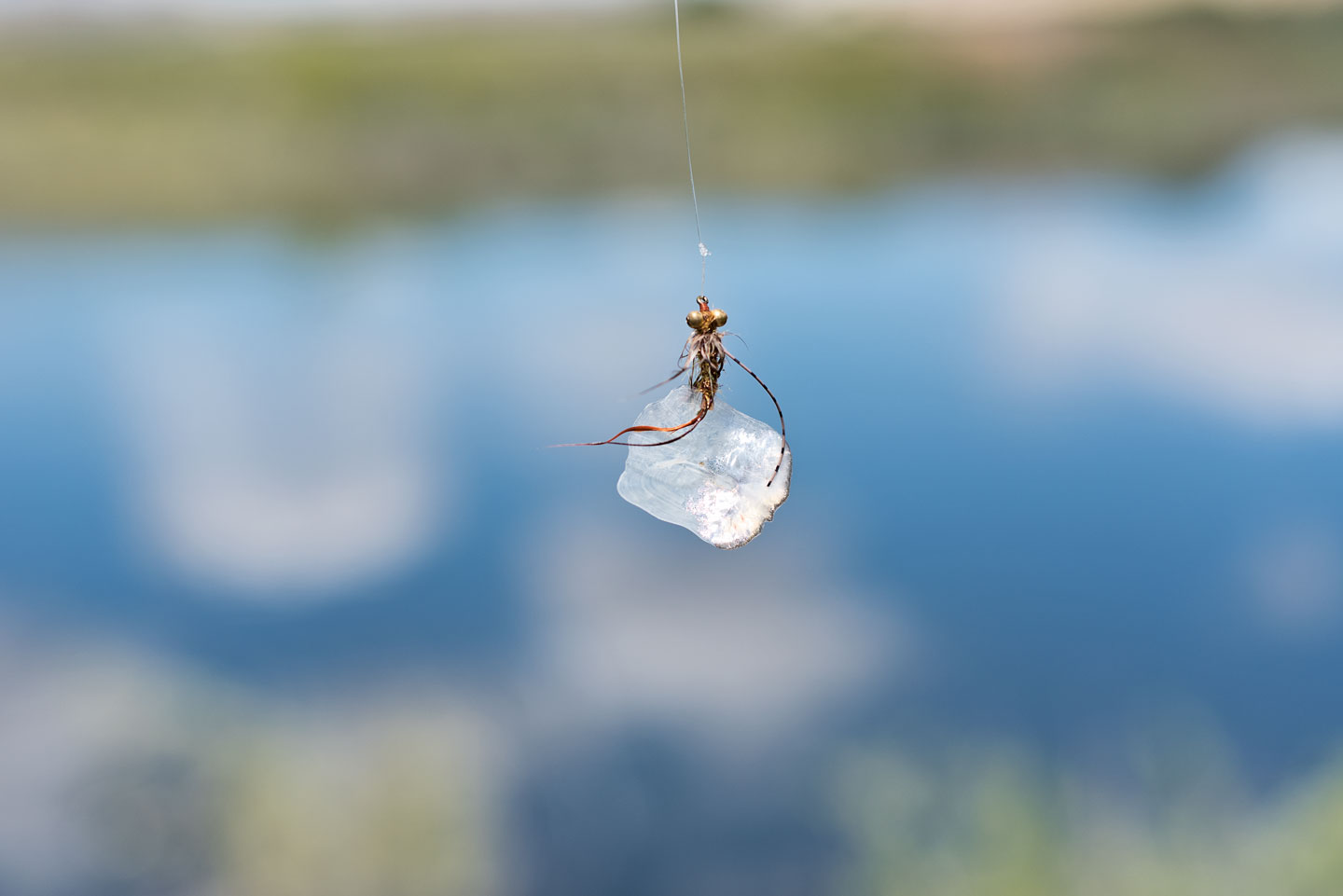 ABOVE TOP TO BOTTOM
You’re so pretty—for a carp. Some people still look at me funny when I tell them I drive five hours to catch carp—they’re ugly, they’re hard to catch, it’s so hot. I beg to differ. One of my favorite fish, dancing in the morning light with a fly stuck in its rubber lips—I can’t get enough.

When you thought it ate—but it didn’t—and you collected a scale sample instead.

If carp trips are feeling a little boring, go when there are three brushfires burning thousands of acres around the fishing grounds and don’t do any research regarding road closures so you can follow detours through the night until you arrive at an alternate destination.

In the morning, when the road is still closed and you’re forced to fish secondhand water, don’t follow the trail, take a gamble on a shortcut to the river by walking on a mat of downed reeds and trust they’ll support your weight and be lucky when they give way and you fall four feet and scrape your whole body on nature and a stick puts a hole in your stomach where a peppercorn-sized fat bubble stops the bleeding.

ABOVE LEFT TO RIGHT (CLICK TO ENLARGE)
Department of Energy fences and no trespassing signs dot the landscape. I wonder if they give a pass to heat-stricken fishermen who unintentionally trespass to get to the good water.

Eleven birds in a tree, captured just before crashing through brush and taking a puncture wound to the stomach. I bet the birds just laughed. 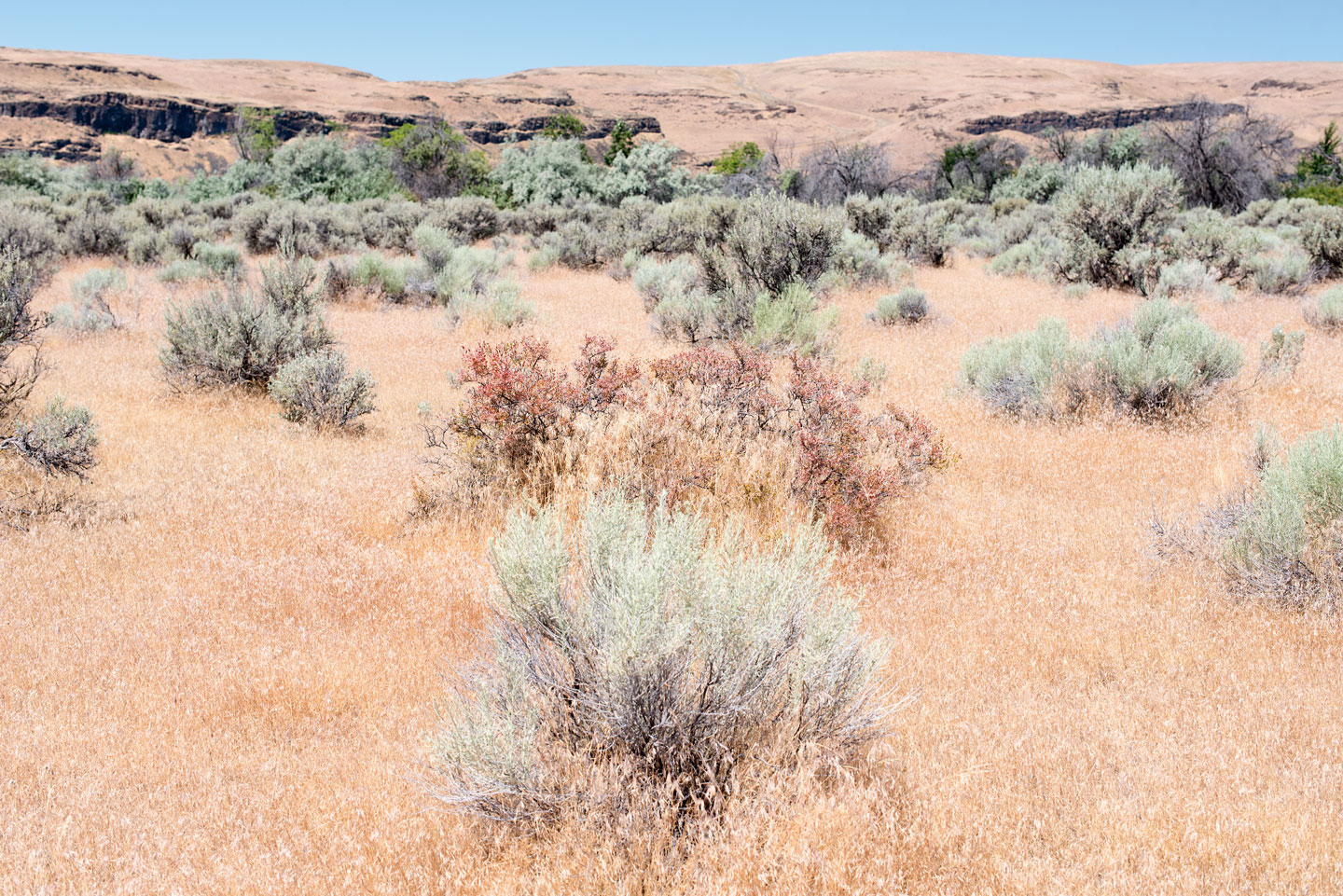 Worry because you’re not sure if you have a first aid kit but calm yourself and breath deep and get upset you’ve forgotten almost everything you learned in your wilderness first-responder course 10 years ago while you do the best you can to field dress the puncture wound.

Drink beer all day to stave off heatstroke and don’t get upset that the water you’ve chosen to fish with a fresh hole in yourself is dirty with fish but you can’t see them so you can’t catch them and don’t get mad when they spook at the slightest noise from your footsteps or a cough. 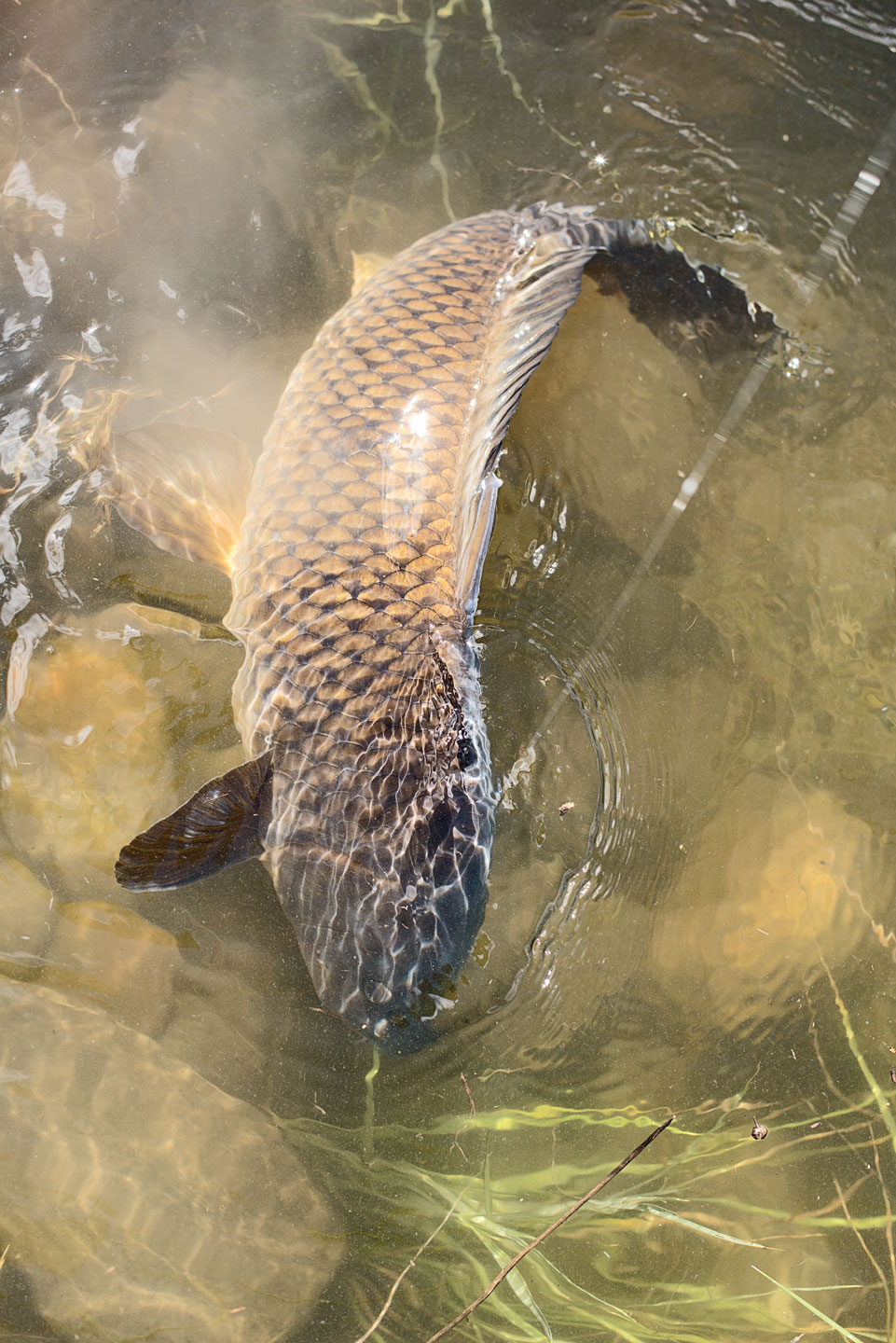 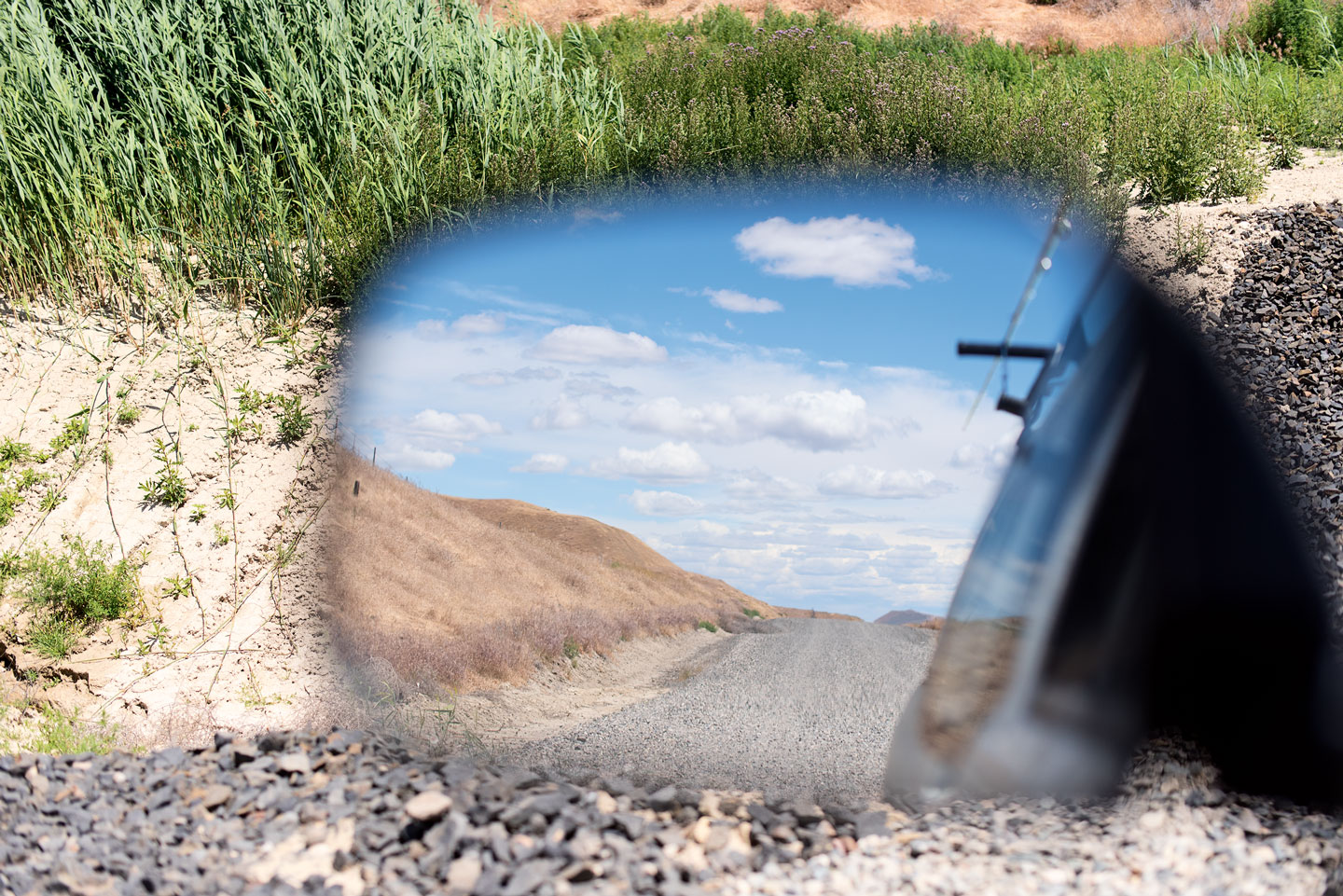 ABOVE TOP TO BOTTOM
The river was high, and I had one little casting lane between flooded brush, but making the cast was the easy part. Fighting and landing double-digit carp in the same flooded brush proved difficult; a few broke off, making those landed that much more special.
Dirt roads, sad country songs on FM radio and Sunday-morning scouting missions: This is carp nirvana.

This article first appeared in volume ten, issue four of The Flyfish Journal.