On August 5, 1995, Bahamian flyfishing lodge owner Stanley Bain, his brother William, Hubert Mackey and two other unidentified crew members left Andros Island in a 36-foot cabin cruiser with two additional skiffs. From all accounts, their mission was to go on an extended lobster fishing trip to support Bain’s Cargill Creek flyfishing lodge and feed clients for the upcoming fishing season.

How do three boats and five men just disappear? With no wreckage found, and no trace left behind?

Down the Path: Season Three is the story of Bain and his crew—but it is also a story about Bahamian flyfishing culture, history and folklore. 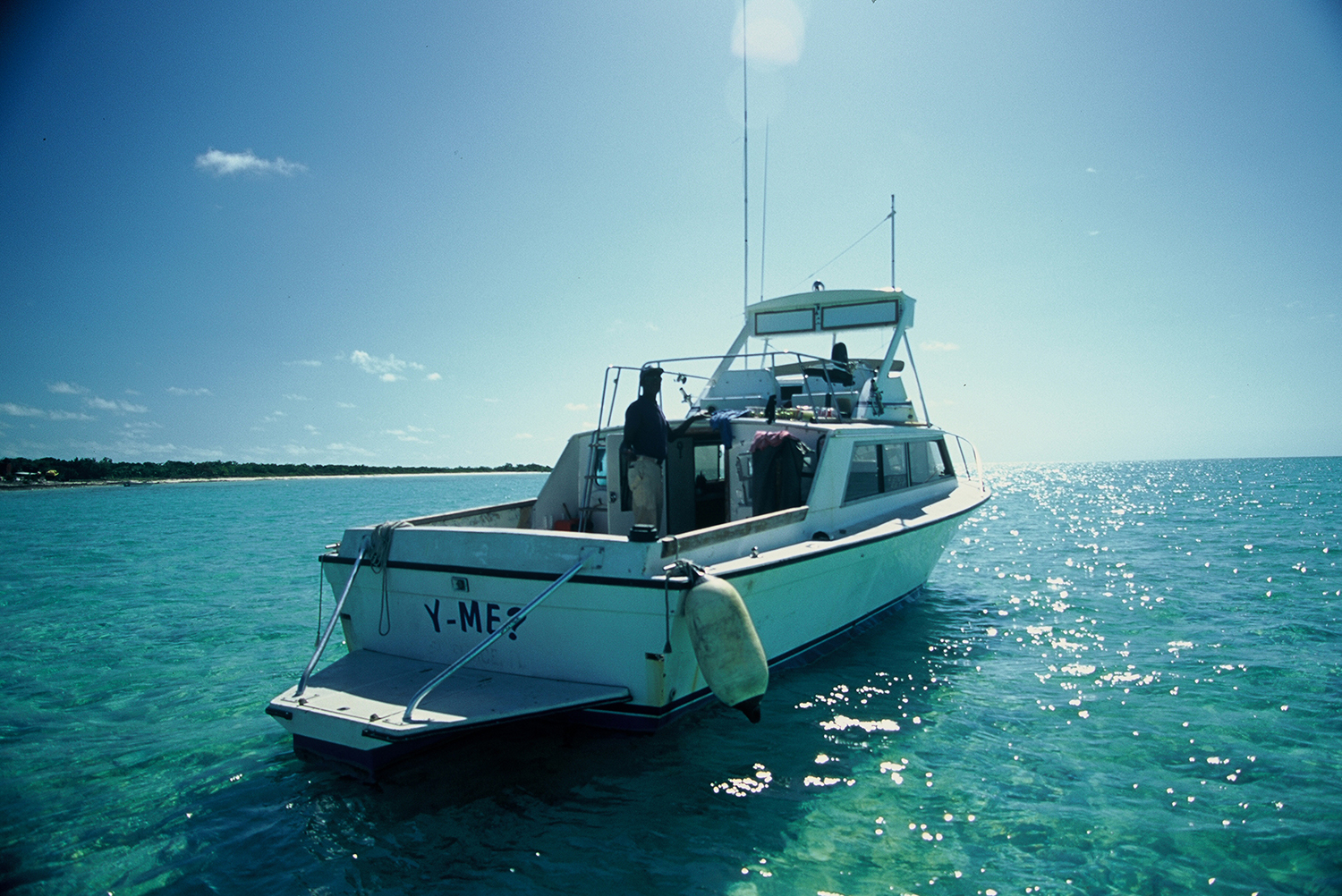 Above The ‘Y-Me?’ was the largest boat used on the August 1995 fishing expedition. Photo Chip Bates

I first heard about Stanley Bain in 2005 while on a flyfishing trip on South Andros Island, 10 years after the mysterious incident. I began researching the story when I returned home and published an article about what was known at that time in 2007. Some excerpts and interview quotes from that original article are included here.

According to most people I interviewed, the outing was supposed to last two weeks, with a goal of harvesting 1000 lobsters.

The Andros Island archipelago consists of three major land masses 200 miles southeast of Miami, FL, and not far from the north side of Cuba: North Andros, Mangrove Cay and South Andros. The three main islands are separated by large bights, smaller creeks and estuaries. In total, Andros Island is 104 miles long from the north to south and 40 miles across at its widest in the north. 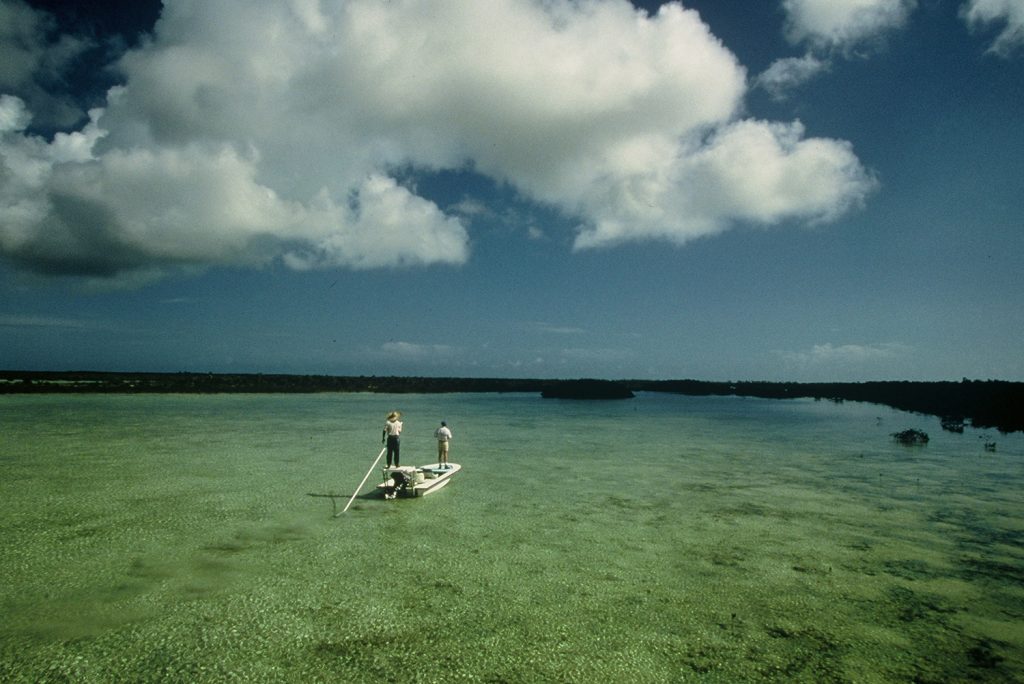 Above Standing on the bow of a skiff off of Andros Island. Photo: Chip Bates

What I quickly learned in my early research, though, was that many people had differing theories about what might have happened to the five men. As I started to dig into the incident, it became clear that among those with knowledge of the incident, there were three major theories as to the cause of the disappearance:

At the time of his disappearance Stanley Bain was the personification of Bahamian flyfishing. He’d started fishing the flats and creeks around Andros with his father as a young boy and later guided at the Bang Bang Club, where he worked for a time with “Bonefish” Charlie Smith, inventor of the Crazy Charlie. Bain was also a husband and a father. He and his brothers were very close and by all accounts a tight knit family. 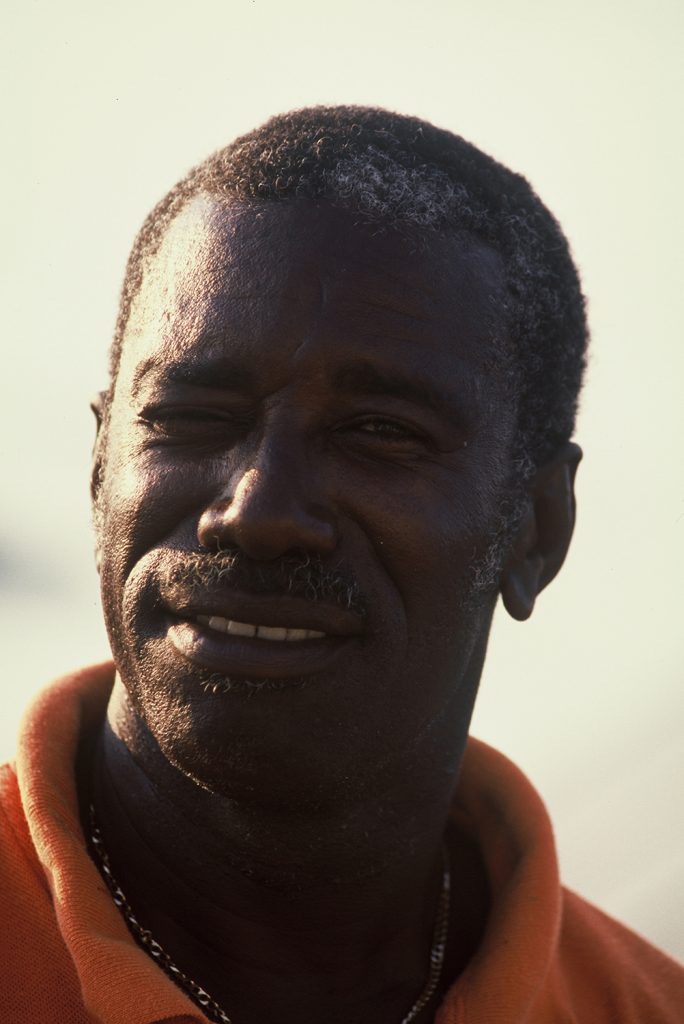 “Stanley Bain was definitely at the forefront of the bonefishing gold rush that hit the Bahamas in the late ’80s and early ’90s,” photographer Brian O’Keefe says. He fished with Bain three times in the early ’90s, including some of the first exploratory trips to the desolate south end of Andros. “Nobody at that time was actively putting that area of Andros into a commercial program. It was an overnight trip to fish it and fuel was expensive. When we were down where he was building Grassy Cay Lodge, we wouldn’t see anyone—ever.”

One fact of this story that is not in debate: the South end of Andros Island is a wild and hard-to-reach fishery. But it was also a flyfishing mecca, and that is what Stanley Bain envisioned to build and operate there.

“Bain was positioned to do very well with Cargill Creek and the new Grassy Cay Lodge,” O’Keefe says. “If things hadn’t turned out the way they had.”

In truth, “the way things turned out” remains an almost complete mystery. But there’s no shortage of speculation. 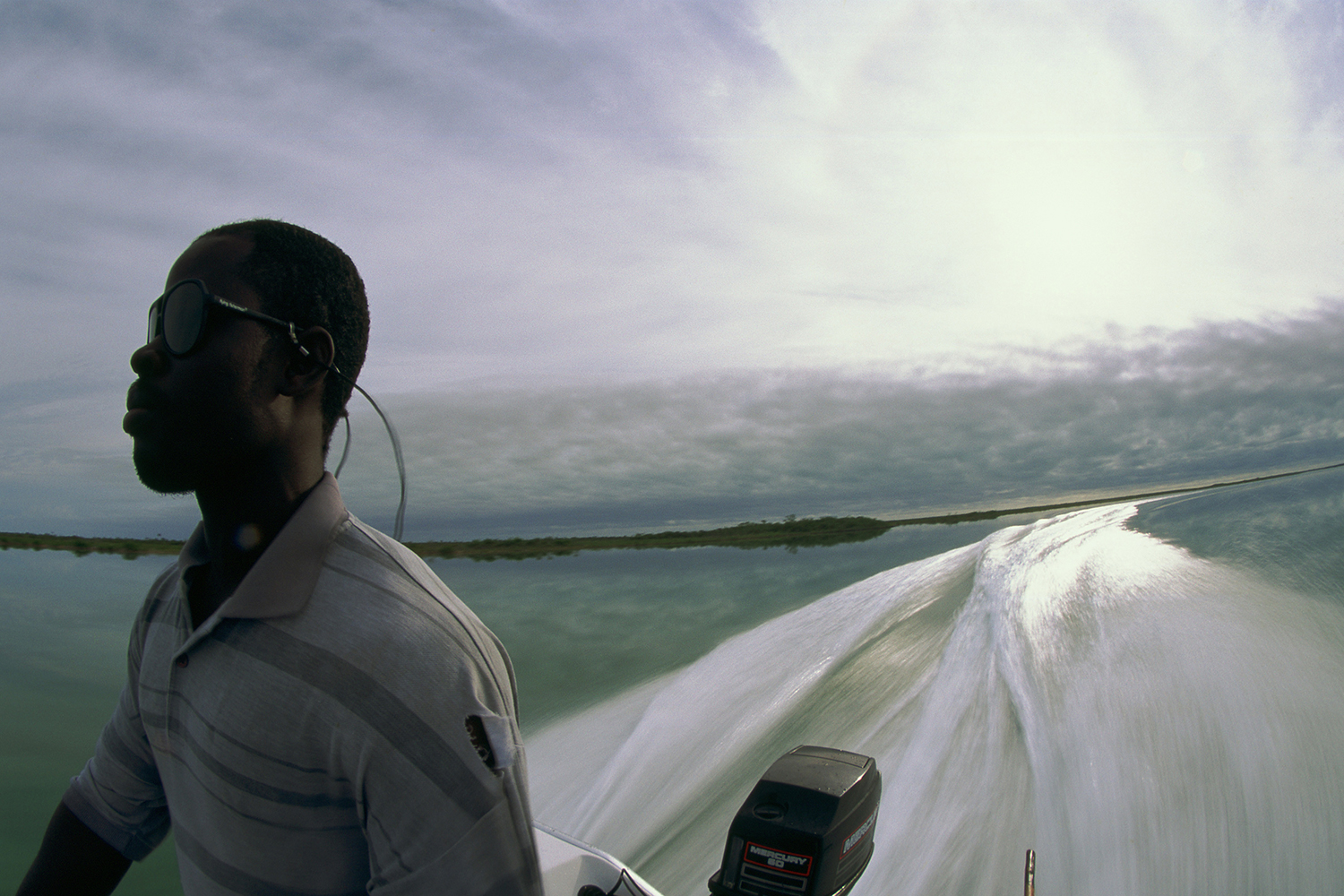 “South Andros is just wild, more wild than Alaska, really,” writer Ted Williams says. Williams stayed at both of Bain’s lodges and has fished Andros extensively. “All the Bahamians have different theories about Stanley. That’s the way they like it—they’re into rumors. But nobody really knows what happened.”

I talked to many people who knew Stanley Bain—including two of his brothers, family members of the crew, Bahamian law enforcement, writers from the Nassau Guardian and business associates, as well as anglers who stayed at his lodge and fished the flats of South Andros.

People have often asked me—especially people in the flyfishing industry: “Why didn’t you start Down the Path with Stanley Bain’s story?” My answer is always the same. Since I published my original article on the disappearance in 2007, I never felt that I’d come across any new information, information that would move the story forward or offer additional details that might put the event in better context. That all changed in 2022 when people familiar with Bain and his lodge operation agreed to speak with me on the record. 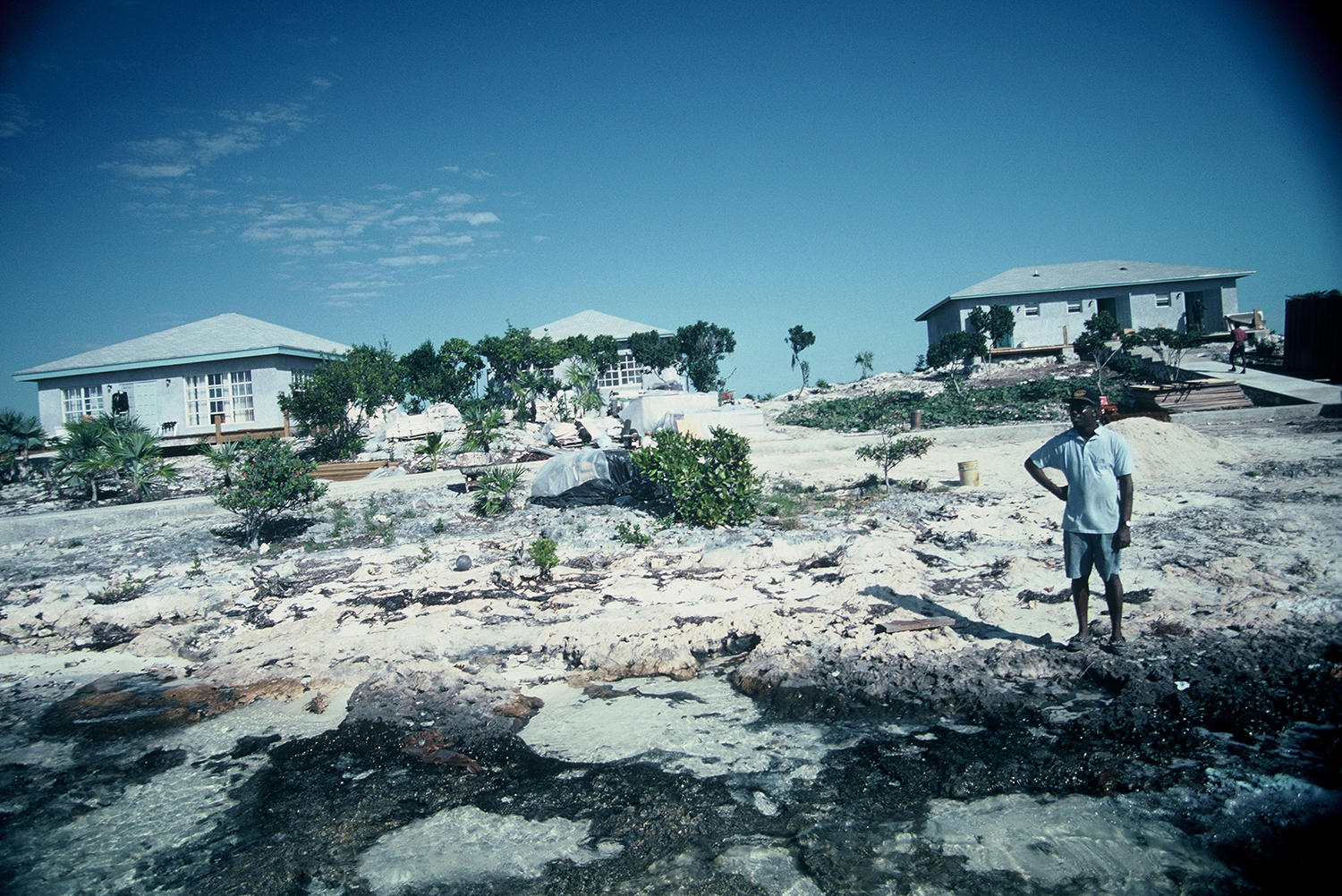 Above Stanley Bain poses for a quick photo in front of the newly constructed Grassy cay Lodge, located at the south end of South Andros Island. Photo: Chip Bates

Season 3 of Down the Path is not an attempt to solve the disappearance of Stanley Bain—some mysteries are more or less unsolvable. But I do want to share what I’ve learned about the months and weeks that led up to the disappearance, if only to allow listeners to draw their own conclusions.

In some ways, this is simply a story about a story. My goal is to take listeners down the same path I travelled in trying to better understand the disappearance of Stanley and his crew.

To learn more, visit www.downthepathpodcast.com. Down the Path Season 3 is currently available on Apple Music, Stitcher and Spotify.