The penny jar philosophy of convenience store checkout counters everywhere inspired Larry Littrell to stick a few flies to a gas pump in Oak Hill, FL. A tattered scrap of double-sided foam tape that once displayed a long-lost advertisement acted as a perfect makeshift fly patch. He didn’t expect that this one random gesture of angling camaraderie would grow into something huge.

“Lo and behold, I came back a few days later and the flies were gone,” Littrell says, “and somebody’d left new ones.”

Without even trying, Littrell, host of the Tailer Trash podcast, had just started The Flybrary Project. Now, there are thousands of Flybrary locations at boat ramps and trailheads from New Zealand to Alaska, not to mention a website, a large social media following, and an online map on which Littrell tries to keep the locations up to date.

“It creates a spot at the put-in or the take-out, or where you walk in and park, where people get to bump into each other, and hopefully it creates that little piece of brotherhood,” Littrell says. “The concept behind it is to share. If you have a pattern that was working, hang it on the Flybrary.” 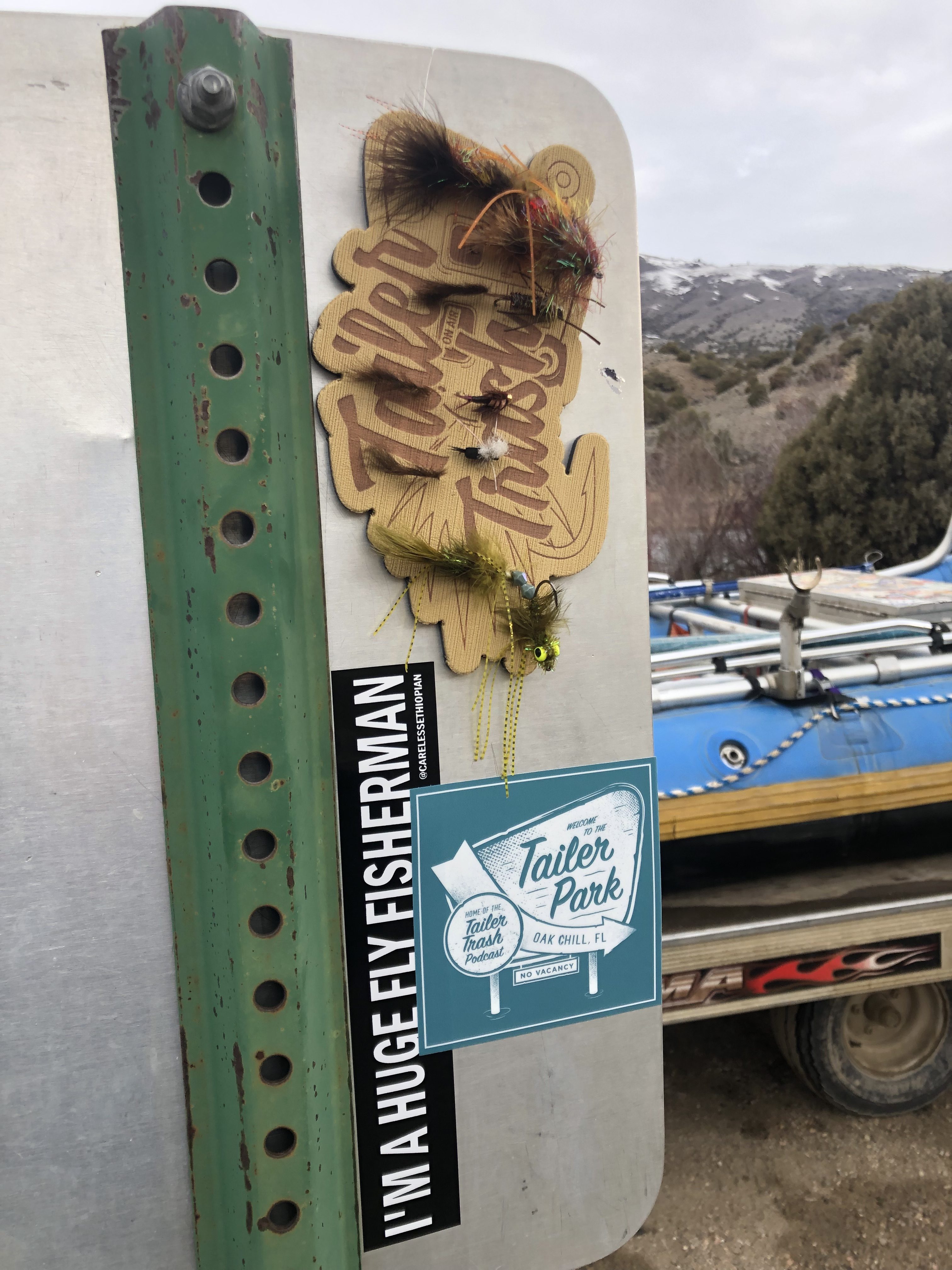 Littrell’s goals for the project are to have fun, create a sense of community, and share knowledge. He loves hearing from people who’ve found a Flybrary while traveling and have gleaned insight on a new fishery by seeing the flies people have shared. He enjoys seeing the inherent goodness in anglers who are willing to share and who get out there to put up a new patch when one gets vandalized or destroyed.

Evolving beyond the initial foam scraps, Littrell teamed up with Castaway Customs to create sharp-looking SeaDek foam patches that they sent for free to anyone who requested them. 3,000 patches later, they now charge $5 a piece to cover costs.

“We’re certainly stoked when someone gets one of the SeaDek pads,” he says, “but we honestly get the most joy out of seeing people that create their own Flybraries. My favorite one I’ve ever seen—somebody found a flip flop on the river, wrote Flybrary on it in metallic Sharpie, screwed it to a tree, and stuck some flies on it.” 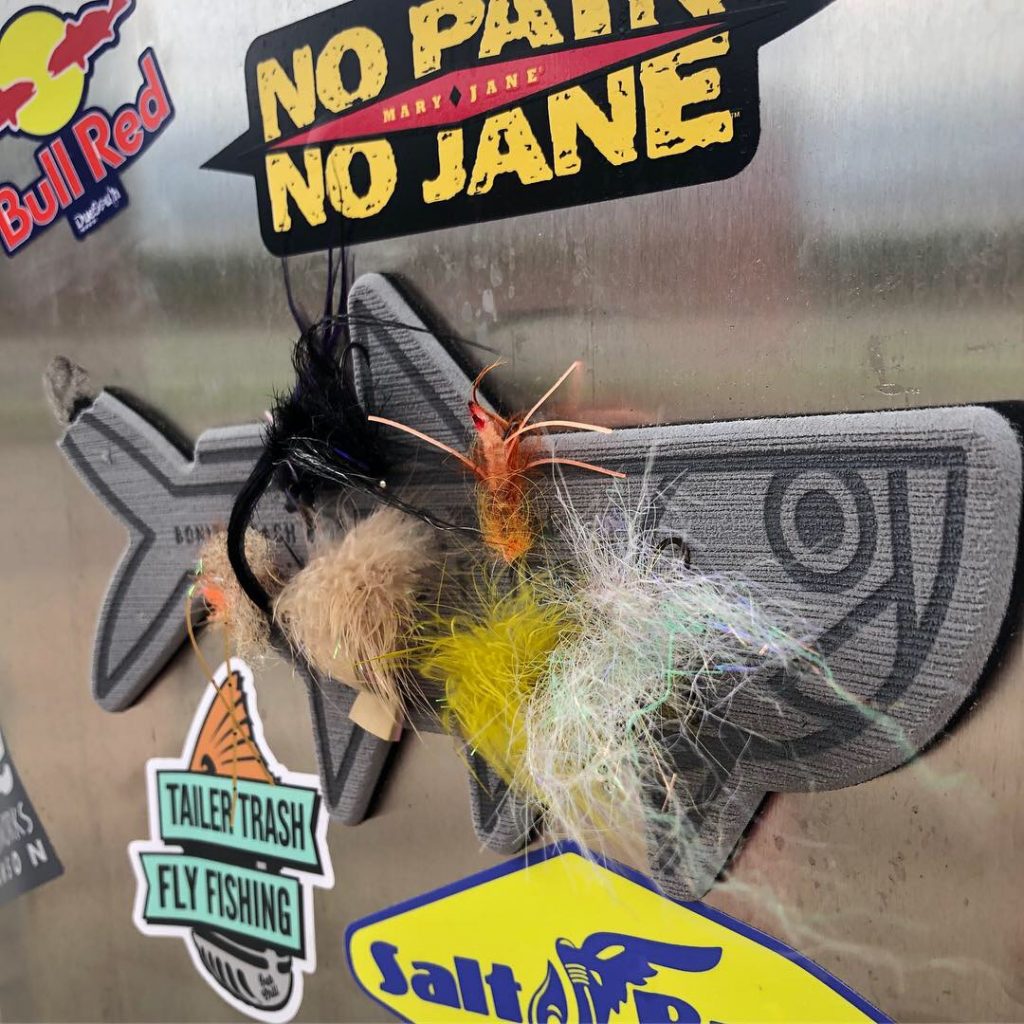 Running the Flybrary Project Instagram (@flybraryproject) account has given Littrell some of the best interactions he’s had since starting the project, and many of them come from people who aren’t even fly anglers.

“My favorite part is when it transcends,” he says. “When people outside of flyfishing see it. They see that we have a community. They recognize that. And that’s been the coolest thing.”