ABOVE: Fly Box Collage and saddle hackle on canvas 11”x14” 2011
Rachel Finn seems slightly out of her element. In spite of her stated misgivings that such a thing as “women’s flyfishing” exists, she’s agreed to be a presenter for the Women’s Flyfishing Showcase at the 2016 Fly Fishing Show in Somerset, NJ. At the back of a roomful of people who have gathered for her talk, she wears a lightweight bathrobe and a beat-up ball cap with a sweat-bleached Rorschach pattern.

She walks to the front with a stuffed rolltop pack where, after a cursory reminder of the subject at hand, she opens her robe to reveal what she’s really talking about when she talks about layering—her body in its unvarnished early-50s glory, clad only in a sports bra and briefs.

The crowd erupts in wild applause and hoots of approval—the loudest coming from the other women in the room, anglers all, ranging in experience from one season to well over 50.

For the next half hour, she performs a layering burlesque—a reverse striptease of patched and weathered gear put on piece by piece—peppered with answers to questions, talk of tough and cold wading, guiding in Alaska and self-deprecating jokes that belie her nearly 30 years in flyfishing. 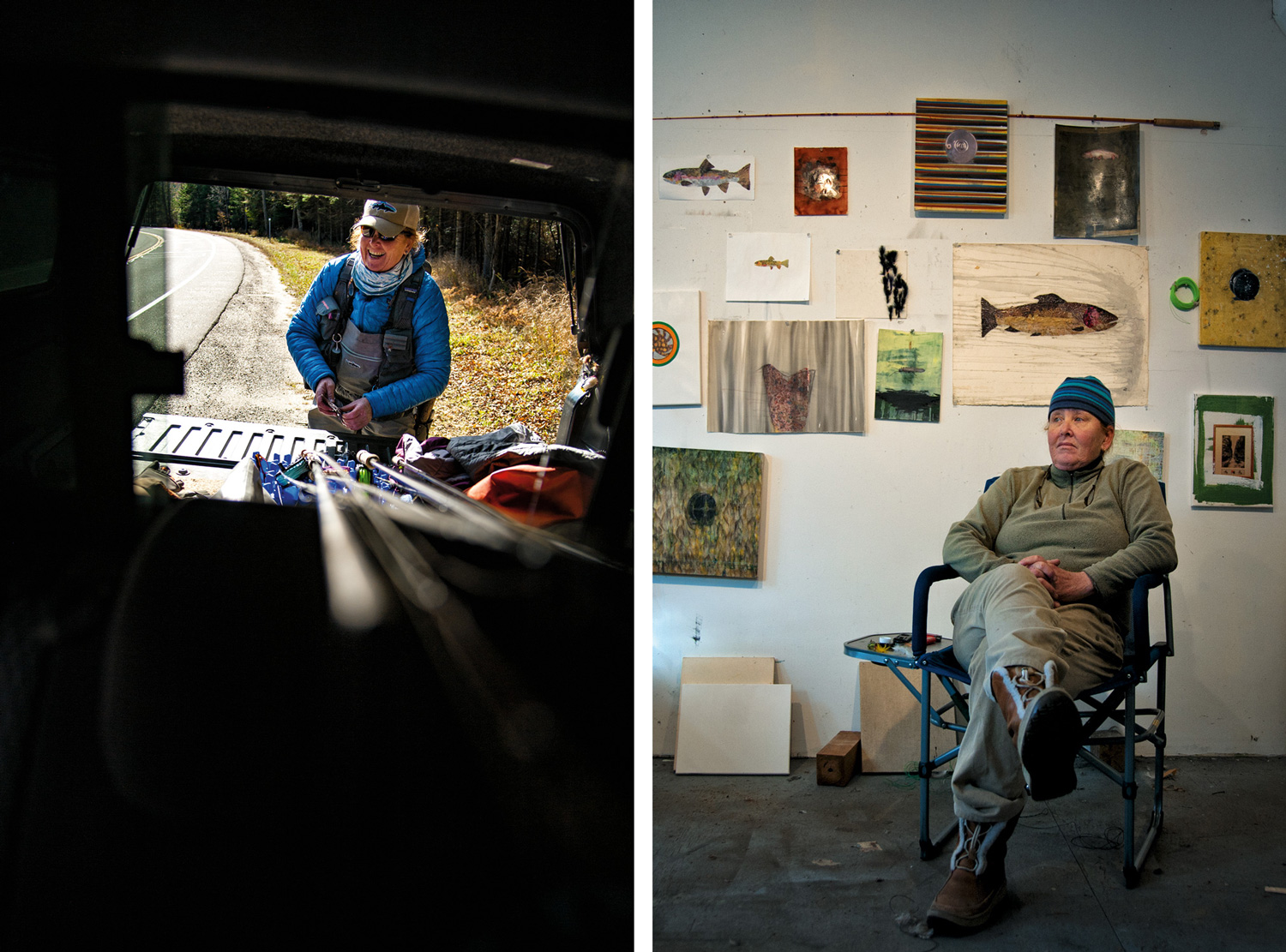 above left to right “The West Branch of the Ausable, already an infamously tough river, was particularly fickle on this fall day, but Rachel was all smiles—as she is whenever she is fishing. I’ve never met anyone as dedicated and enthusiastic about something as Rachel is with flyfishing; with her perpetual excitement, she makes the most of even the worst days.” Photo: Sean Platt

Rachel Finn looks out toward the river, where she would undoubtedly rather be than getting her picture taken. “One of the things I love about Rachel is how little she cares for the whirlwind of social media and the ‘rat race’ that has consumed modern flyfishing. She wants to fish—plain and simple,” says the photographer. Photo: Sean Platt

“One of the reasons I love steelheading is because it reminds me of what it’s like to be an artist,” Finn says. “It’s so hard and personal to keep at it. You just keep asking, ‘Why the fuck am I here?’ But it’s a process, a discipline… something doesn’t just appear.”

For Finn, art came before steelheading. Keeping at it meant pursuing abstract painting, earning a Master of Fine Arts from Yale in 1988. It wasn’t long after that she stepped into a river with a fly rod. “I know for a fact that three-quarters of what I do, I do wrong,” Finn says. “But that’s how I figure shit out. I come out of an education where you tear things apart to put them back together. 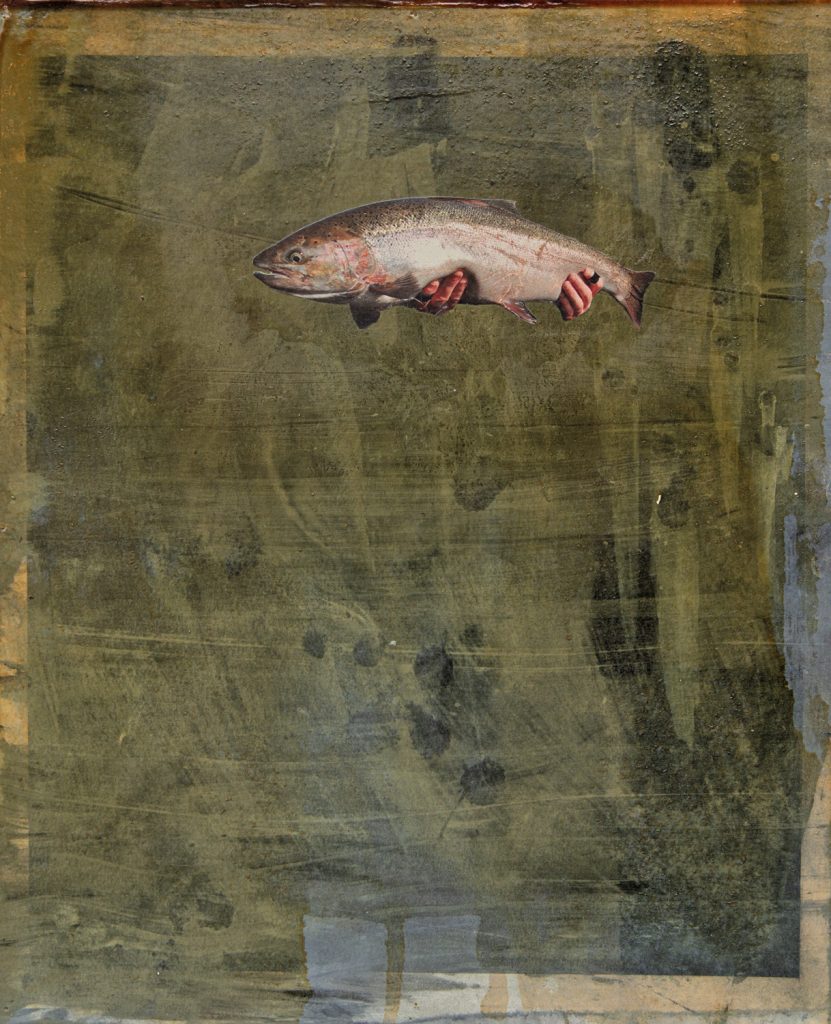 Her assessment that 75 percent of what she does is wrong would surely be disputed by clients and friends who have fished with her for years. Finn is a deliberate and technical angler with keen observation skills. But neither is it false modesty; her respect for being in the moment—whether in fishing, friendship or art—seems part of a deeply held belief that the act of truly being there is paramount and always has something to teach her.

“Most of my work is very intuitive, very much about process,” Finn says. “There’s a physicality to it. You might surmise it’s based on the natural world or nature… maybe there’s an organic feeling to it… but it’s not about stuff.” 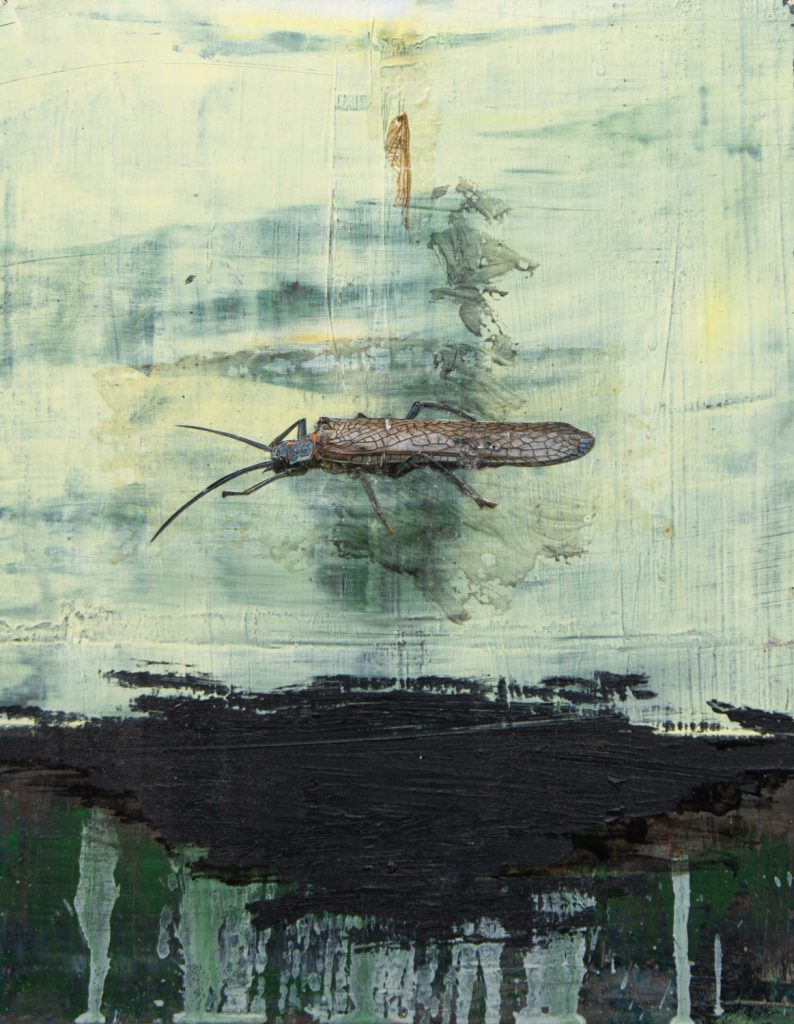 Her roots in abstract painting don’t limit her explorations to only pigment and canvas, however. Finn’s recent work runs the gamut from figurative trout made from wildfowl feathers, to cigar-tin fly boxes covered in fur and feathers, to photographs of clients and their fly boxes posted to her social media.

“Art is fetishistic,” she says. “The idea of fly boxes—the ordering and classification system of the mind—that’s so much like conceptual art. The fly boxes I’ve made—and I smoked all the fucking cigars in those boxes—each is a piece unto itself. Art is all about touch; flyfishing is about touch. It’s a tactile thing. That’s what I want someone to get or engage with. That it has a physical feeling to it. That it was made.

“I just kind of follow where the voices tell me to go. Bringing together my ideas about art to fishing. I don’t know if it’s good or bad. It’s definitely me though.”

Five months after her layering presentation in New Jersey, I’m in New York at West Branch Angler on the Upper Delaware, looking forward to getting on new water and to fishing with Finn. I drop my bags and head down to look at the river in waning light. Lightning bugs are just beginning to show, their erratic tracers describing the boundaries of invisible gallon jars in the air.

I spot the form of an angler midstream, not really moving, just straining forward like a night heron. Listening. A shock of fly line begins to grow with a slip-slip-slip sound on the dense, humid air until a long arc with a compact loop shoots and straightens in the closing darkness, easily bridging the 60-foot gap to the far bank. A brief red glow appears once and then again at head height, beaconing. It’s Rachel Finn. 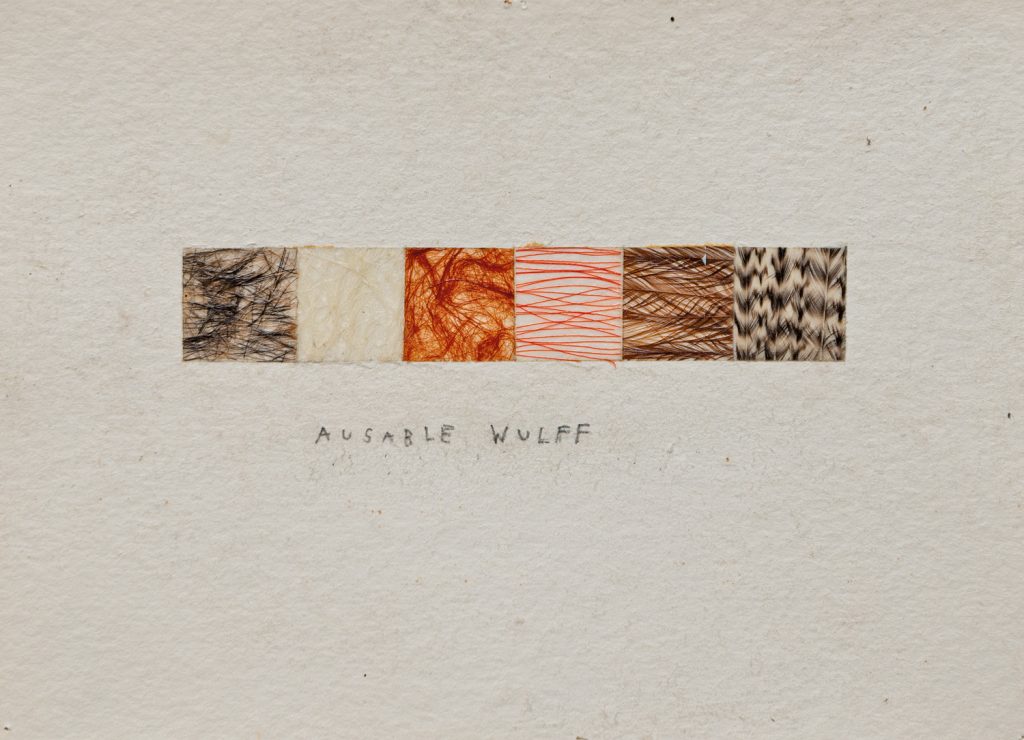 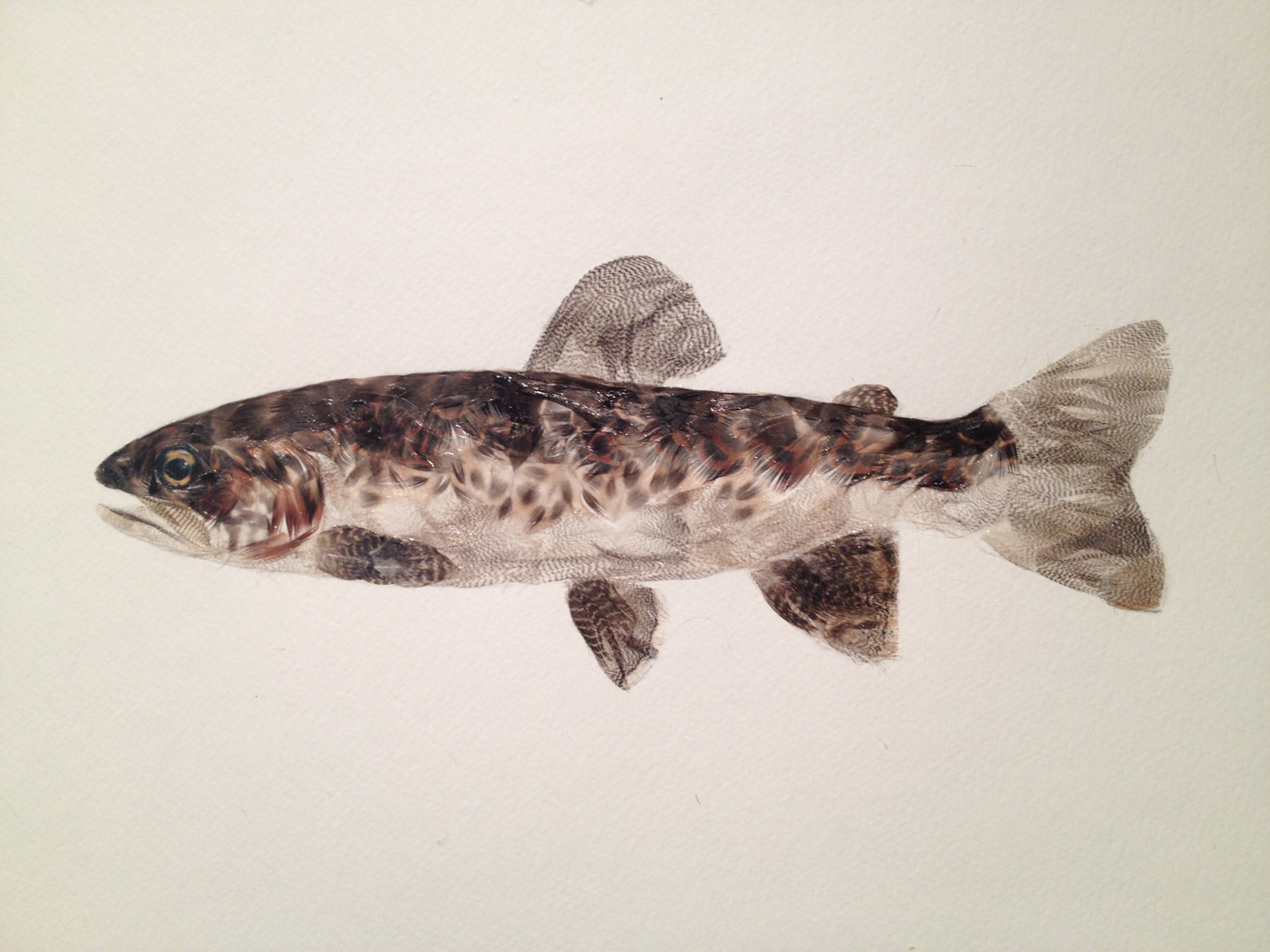 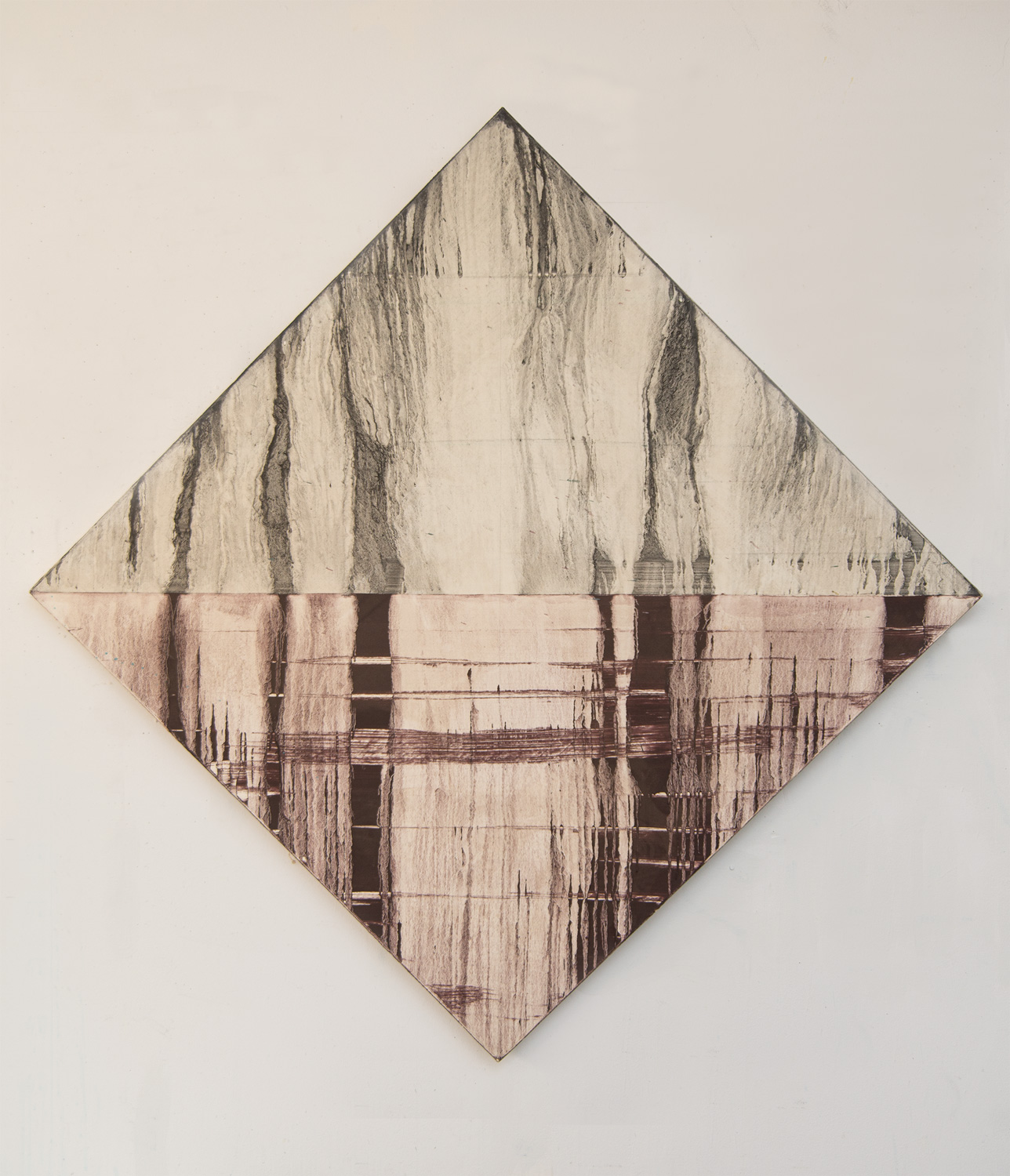