Waist Deep Media is back with a new episode of Rod Time With Big Joe Episode 3 Yellowstoned. RT3 was an Official Selection of the 2018 Montana Fishing Film Festival. Follow along above and below as they get a healthy dose of Yellowstone hospitality in the form of cutthroat trout, early season snowstorms and one violent coyote.

“Snow? I don’t think we can pull it off Danny. We don’t have the right gear.”

Reality was setting in as we discussed fishing options. Our annual weeklong road trip was taking a turn for the cold. An early September snowstorm was bearing down on Yellowstone National Park and royally screwing the second leg of our planned backpacking trip.

Fresh off several days of hot summer sun and wet wading in the Black Canyon, we could hardly believe the forecast. We had permits for two nights in the upper section of Slough Creek but Mother Nature quickly nixed our plan. We needed to figure out where we were going to stay for the night and fast. 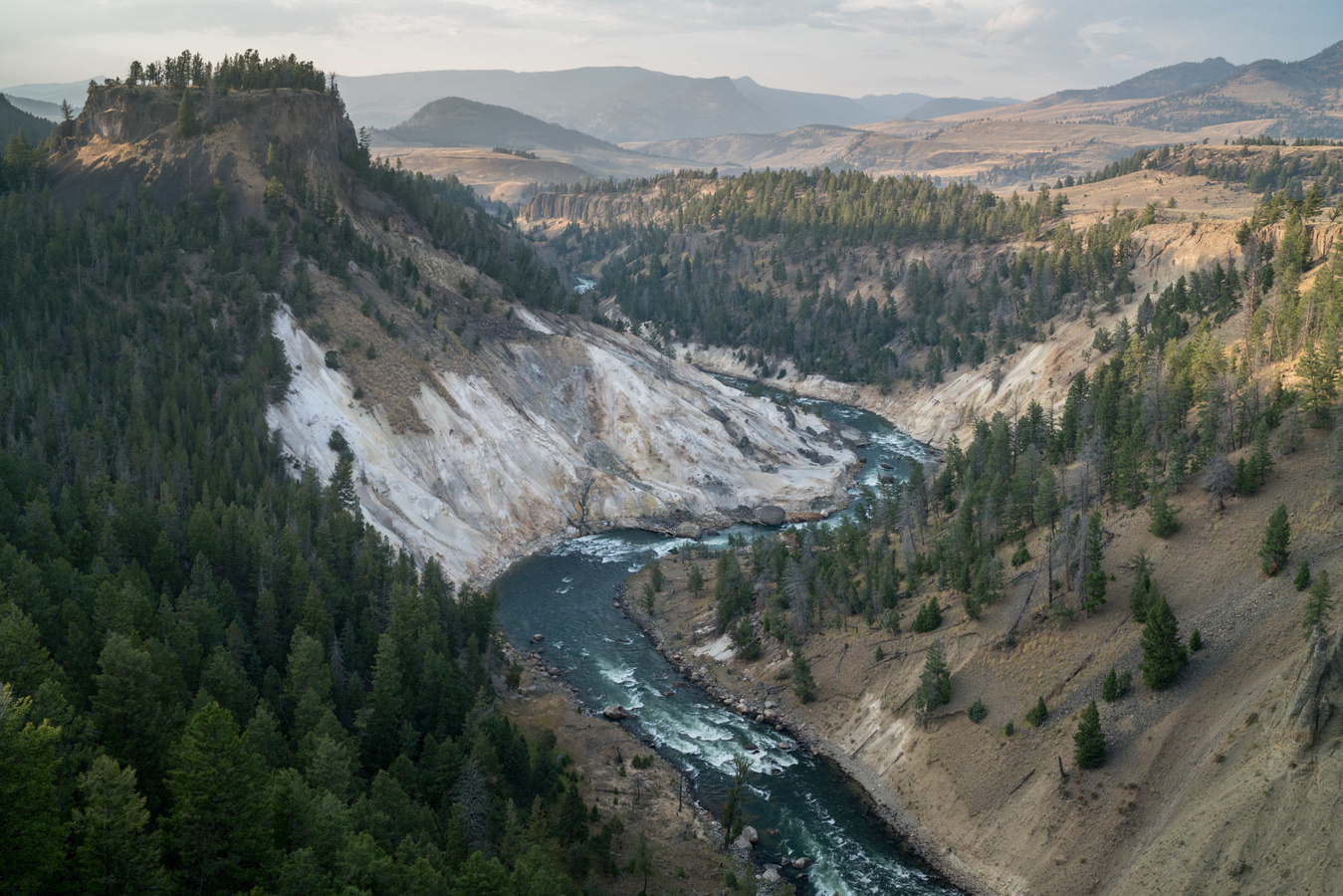 Above Yellowstone’s Black Canyon, quite the sculpted fishery.

The nibbling on my toes was becoming more aggressive as I woke from a peaceful slumber. Holy shit! Something is biting my feet! In a panic I desperately probed the darkness for my bear mace and headlamp. The beast was now aware that I was regaining consciousness and retreated into the sagebrush only to pop out again a moment later in a different spot. Jaws snapping, he lunged repeatedly. At last my fingers found the canister and let loose the full force of the deterrent in a sweeping arc.

“Danny a coyote just attacked me!”

Out of breath, face burning and now standing shoeless in the van I explained what had just happened.

“All my stuff is still out there! We need to go get it. I’m sleeping in here!”

The coyote was perched in the middle of my now punctured and deflated airbed as we approached. A few more blasts from the mace backed him off enough to retrieve my gear and phone, which was sporting a fresh coat of either slobber or urine, or a mix of both. 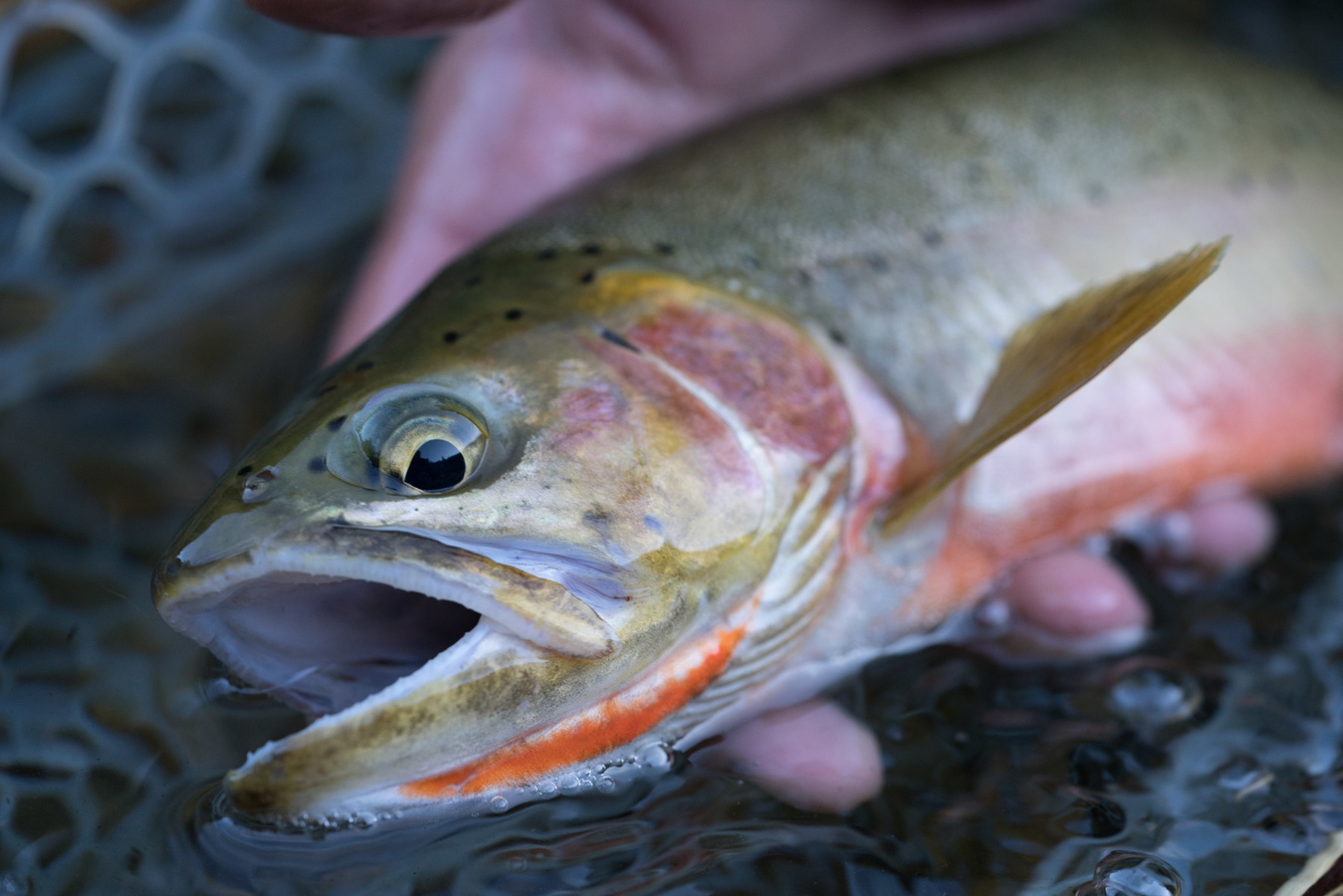 Above The fire red slash of a Yellowstone cutthroat trout.

The knocking from the window of the van jolted me awake for a second time. Shit, Park Ranger. “You can’t sleep here guys.” she said as I opened the door. I tried to explain our snowstorm/coyote attack cluster-fuck to gain sympathy. It didn’t work.

After the hour and a half drive we made it past park boundaries to Cooke City, MT. Unpadded roadside gravel and fear of another animal attack robbed me of anything resembling rest that night, but I was already thinking about next years return trip.