ABOVE: Charles Post plays a native whitefish on a midsummer afternoon on the Madison. Photo: Rachel Pohl
Charles Post remembers being lifted, as a kid, by his dad over a barbed wire fence so that he could go catch salmon. The creek behind his family’s Marin County, CA, home had been converted to a storm drain by the Army Corps of Engineers, putting the coho that resided in it in peril. The fish they caught were transported up over the dam to give them a shot at survival.

It’s obvious in talking to Post that his interest in conservation, specifically freshwater ecology, started early on. His love of flyfishing is rooted in the scientific aspects of it.

“My favorite thing about flyfishing is that to be a good flyfisher, you have to be an entomologist, and to be an entomologist means you have to understand the system that you are participating in,” he says. “If you’re going to be successful, the payoff is going to come because you’ve done your homework and really paid attention to the ecosystem. There’s not many other pastimes that really require that level of study. You’re throwing an insect, that only exists for sometimes days of the year, to a fish who’s seeing hundreds of insects pass by his face every few minutes, and there’s something just so interesting about that. To catch a fish is really a kind of acknowledgement that you understand what’s going on in the ecosystem, and I think that’s really a lot of fun.”

Post has made a name for himself bridging the worlds of science and storytelling. Recently welcomed into the ranks of The Explorers Club as a National Fellow, he’s known for his award-winning films that tackle topics of conservation and ecology. His recent films “Golden,” “Return of the Desert Bighorn,” and “Sky Migrations” have been screened at venues like National Geographic Headquarters and the Department of the Interior in Washington, D.C., and at festivals like the Banff Mountain Film Festival and the Mountainfilm Tour.

Post grew up in the world of flyfishing. His dad served on the board of CalTrout throughout much of Post’s childhood, and also started a flyfishing company in the 1990s called The Box, which manufactured the first waterproof fly box. In addition to exploring the salmon streams near his home, Post traveled with his dad to flyfishing industry events, which helped him understand the importance of environmental conservation and pushed him on the path to pursue an education in environmental science.

Post went on to study freshwater ecology at Berkeley, earning bachelor’s and master’s degrees, broken up by several years of field work across the American West. His graduate work focused on the American dipper, the quintessential bird of salmon streams whose diet is nearly identical to that of juvenile salmon. Spending so much time on these streams bolstered his passion for conservation and the desire to protect these waters and the creatures living in and near them.

ABOVE Late spring on the Madison. The water may be high, but the clear pockets hold some good browns. Photos: Rachel Pohl

“The wild salmon of California used to be among the most robust runs on earth. The Sacramento River was one of the great fisheries,” he says. “I was constantly reminded of how much we’ve lost, living on the South Fork of the Eel River as a field scientist and grad student, which is one of the last truly wild rivers on the coast of California. It’s this sobering reality when you see these returns of hundreds of fish, but then you see the pictures, you hear the stories of old timers who say you could literally walk across the river on their backs like Alaska. That was a reality only two generations ago in most of our watersheds.”

With his background in science, Post now uses storytelling—through film, photography and writing—to advocate for the causes he cares about, both working for brands and organizations and through personal projects and social media.

He views his role as a storyteller through the lens of responsibility, taking it upon himself to present each story in as accurate a way as possible and to approach each one with curiosity and a desire to learn. He believes this approach contrasts with one of the typical downfalls of social media, where there is often a desire—and expectation—to provide definitive answers and appear as an expert on any given subject.

“You can just say something and if people like it, then you’re perceived to be right or accurate,” Post says. “That’s one of the toxic side effects of social media. Even in filmmaking there’s no peer review process; you can just make a film and twist it however you want. I think it’s important to lean on the process of learning, the process of asking more questions than providing answers. You tell the part of the story that you’re equipped to tell, and it requires you to be humble to know what that is. If there’s a whole fabric, you might just have one thread.”

Through his work, Post has told stories for non-profit organizations like Wild Salmon Center, The Nature Conservancy and many of the anti-Pebble Mine groups fighting to save Bristol Bay. He also co-founded The Nature Project, a group that creates opportunities for underserved youth to experience nature alongside professional athletes.

“The athletes, mostly NFL players, become the mentors who ultimately deliver our curriculum, which aims to cultivate elements of health and wellness, a connection to the outdoors, communication, teamwork, perseverance—and just to give kids the space to connect with nature and hopefully let nature do its magic.” 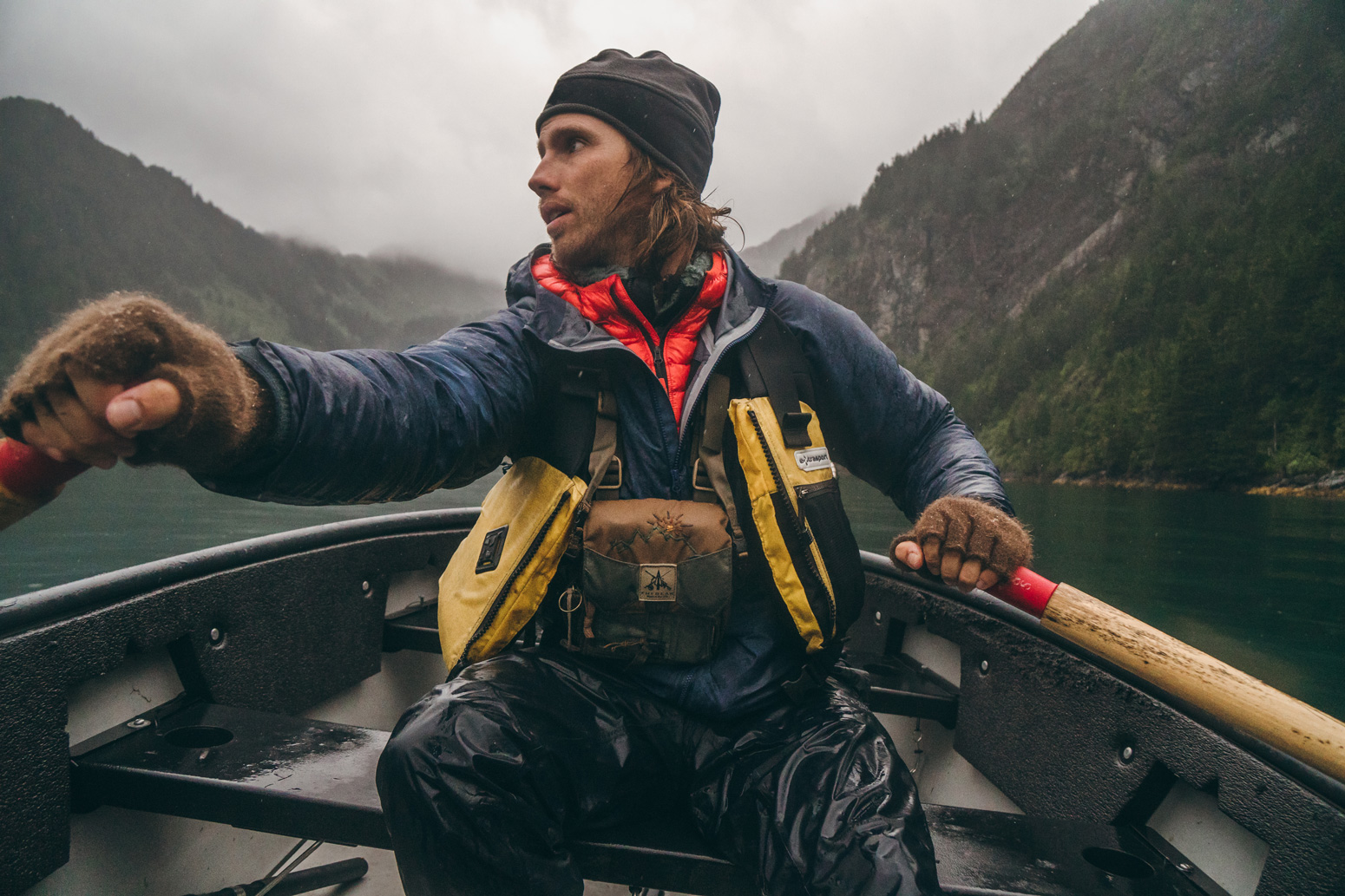 When asked about his advice for becoming an effective conservationist, Post doesn’t hesitate.

“Start doing your research, start reaching out to people, volunteering, getting some dirt under your nails. Be curious and relentless in that curiosity. Ultimately, these topics are super complex, they’re often times polarized, and science and nature are not static. Things are changing and there are always new avenues of thought and new moments of clarity in the community or the field of study. If you want to get interested in conservation or advocacy, just really be open. Be a student.”

Post knows that in the world of conservation, it’s easy to get discouraged. Efforts often seem futile. But he believes that is ever more reason to keep up the fight.

“I’ve had the chance to spend time in Alaska and Norway, and seeing some of these places where salmon are still doing what they’ve done for thousands of years, and that’s further incentivized and inspired me to be relentless in using my platform,” says Post. “These big wins take a lot of time, effort, and attention. It’s so easy just to forget about shit and think oh man, Pebble Mine’s going to happen, there’s no point in fighting. Whatever. But as of now (August 2020), more than 58 million sockeye have returned to Bristol Bay this year. There’s so much to fight for, and there’s so many people who don’t care, or don’t know how to care. In part, I’ve taken it upon myself to just keep reminding people.”

To learn more about Charles Post and his work, visit https://www.charlespost.com/