If you’re lucky, you’ll find yourself knee deep in a slow push of un-fished water, half meditating and half hunting, sometimes with friends and sometimes alone and you’ll hope in your heart that a bright fish, not long from the Pacific, could have paused there during its upstream journey. That fish would have been away from the river for years. It had returned now. It may or may not move to intercept the fly swimming across the cold flow. The important thing was that it was there at all. 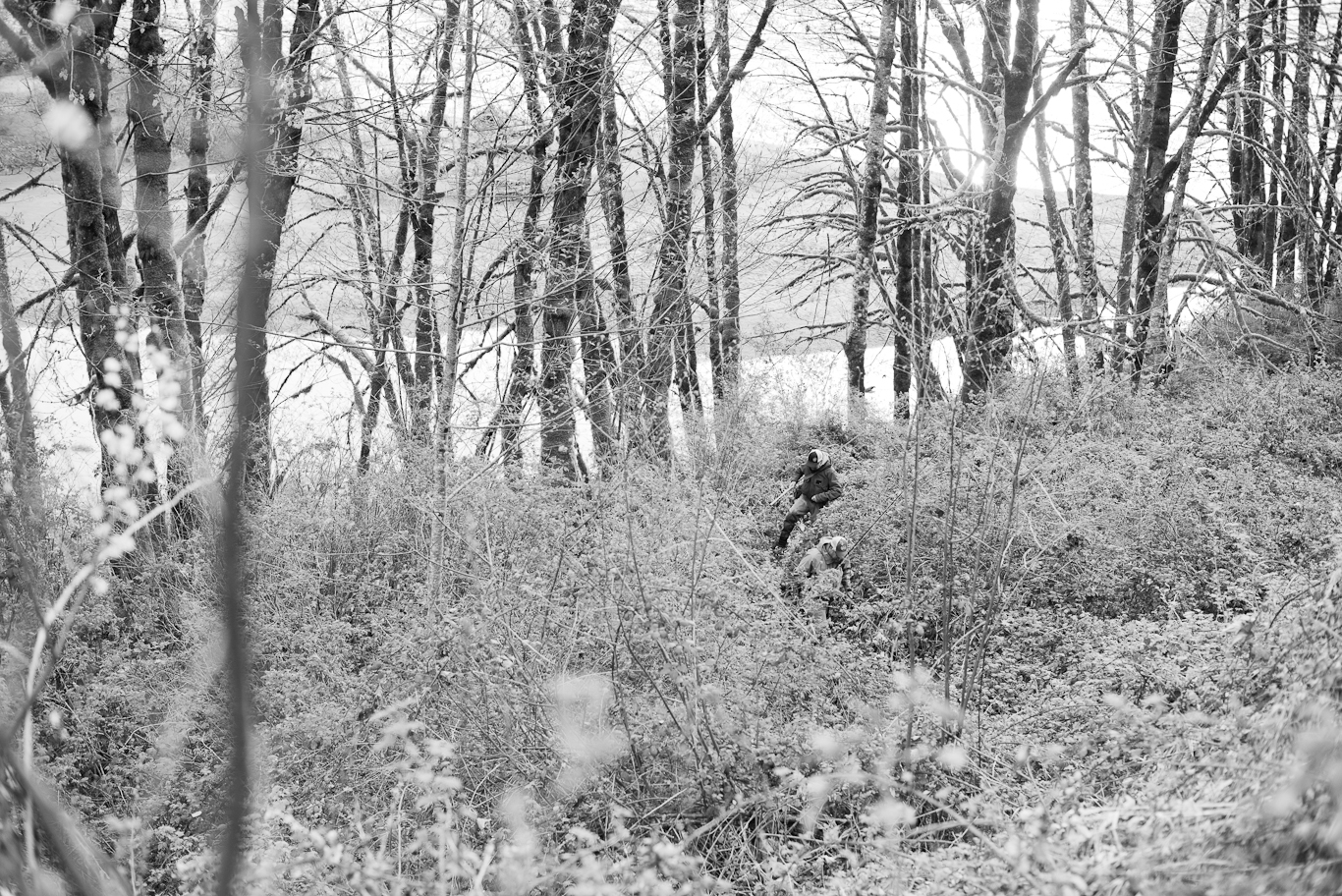 ABOVE No steelhead trip is complete without an epic bushwhack through wader piercing blackberry brambles. We made the mistake of believing a pack of four-wheeling youngsters who told us there was a shortcut back to the highway. We paid in blood and sweat, maybe even a few tears. Photo: Copi Vojta 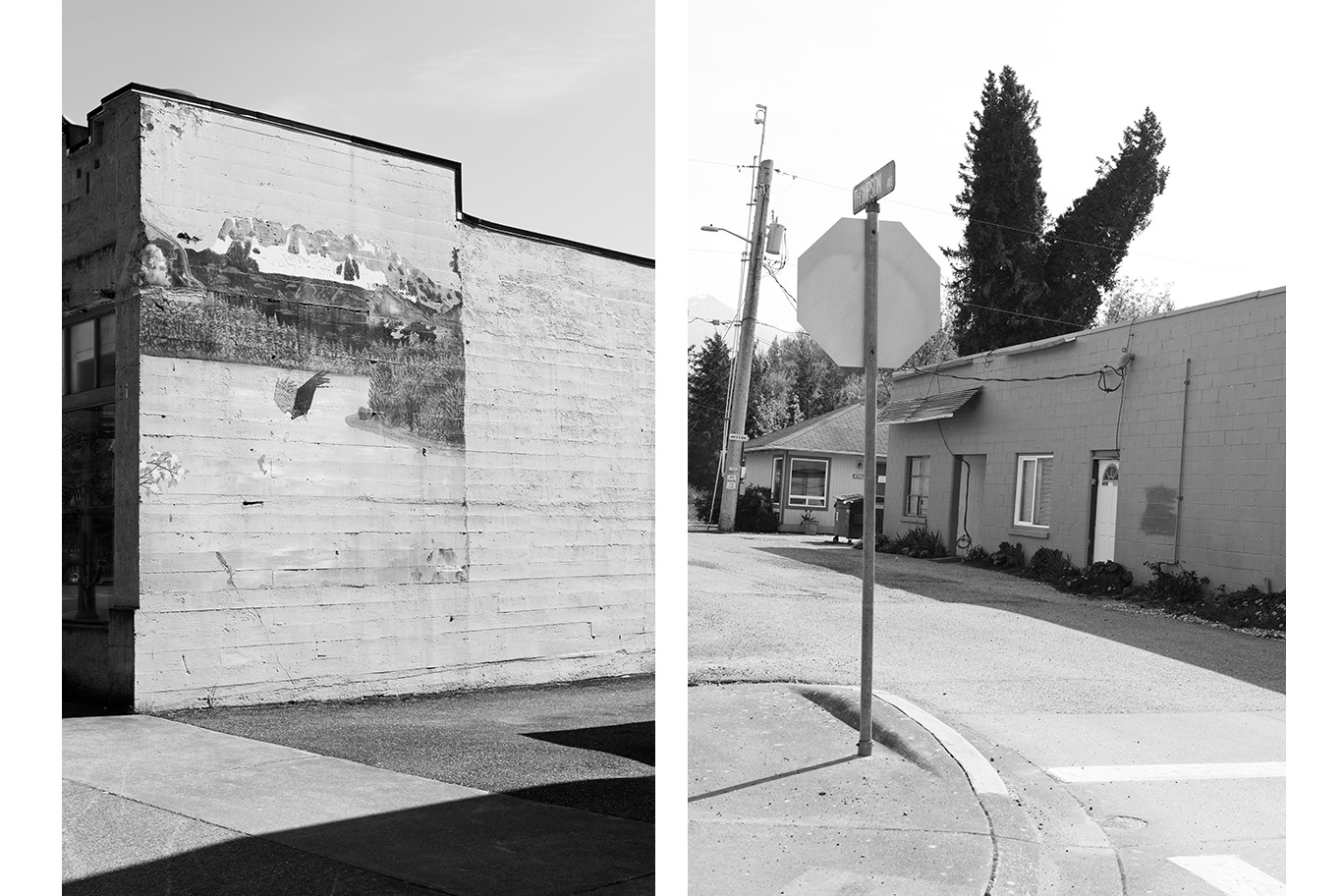 ABOVE A tour through Concrete, WA is an added bonus during windy afternoons. There are friendly bars, wonderful eateries and great scenery. Photos: Copi Vojta 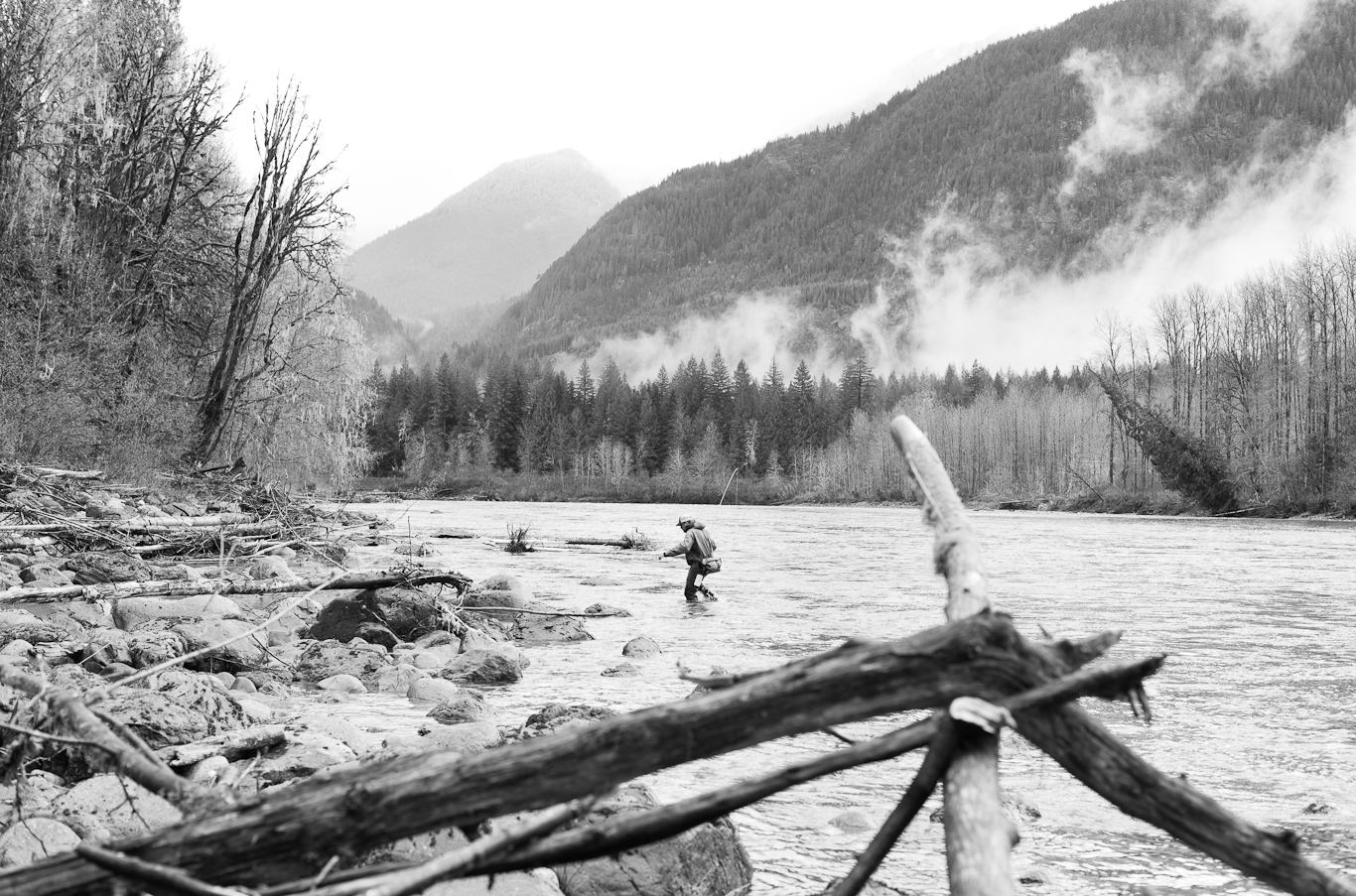 Above Gregory Fitz keeps his balance while moving downstream on a beautiful run. Photo: Copi Vojta

The rivers are crowded because, for the first time since 2009, the Skagit and the Sauk briefly opened for a spring catch-and-release season. Committees and panels of experts sorted through fish estimates, redd counts, social media hyperbole, accusations, nostalgia, local economics, ocean conditions, public hearings, fisheries science and enforcement budgets and came to the conclusion that Washington state could allow for a brief steelhead season. For better or worse, the powers that be opted to act on this assessment. 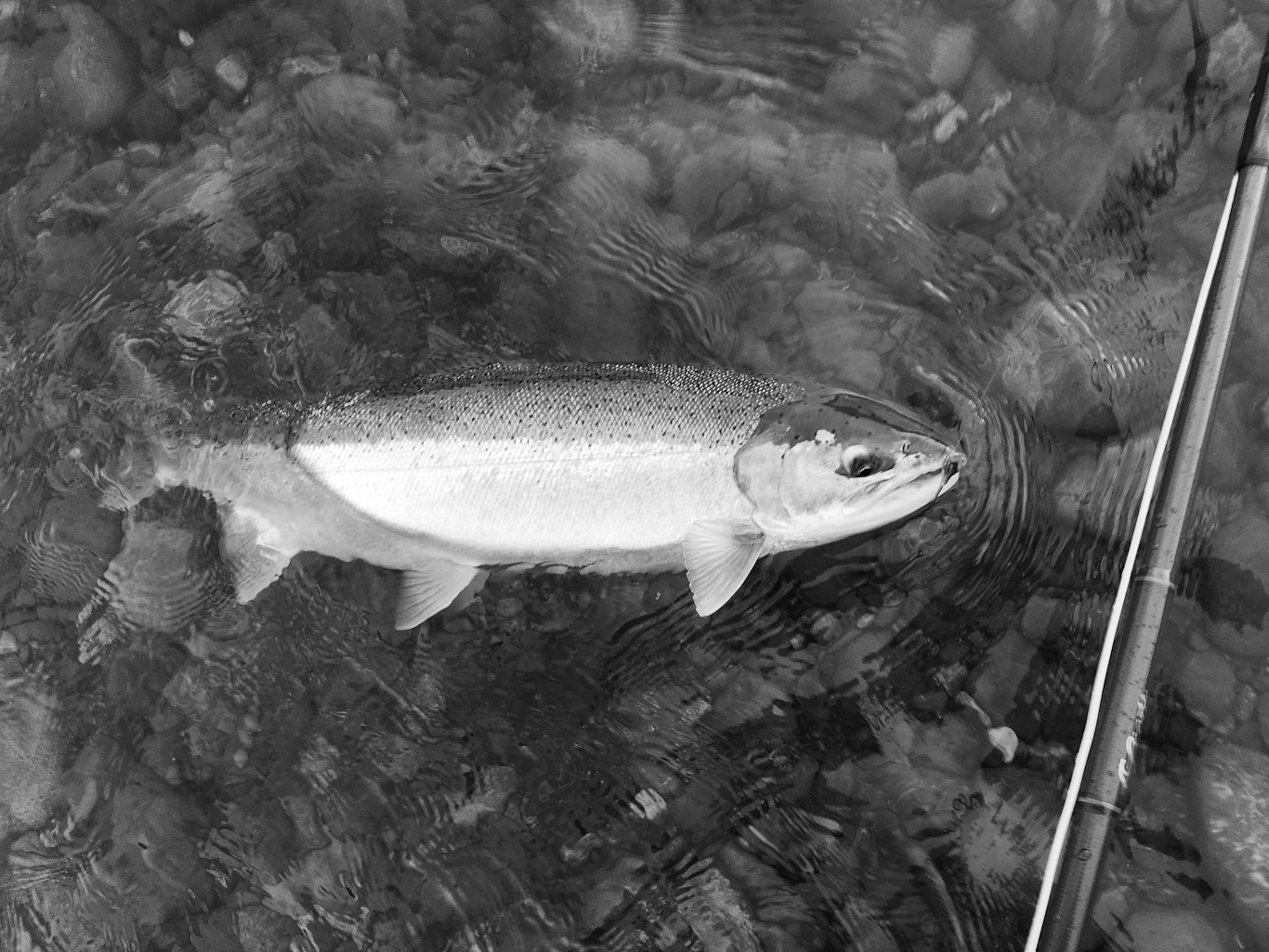 Above Crossing paths with a beautiful bright hen is a great way to wake up. This gals spirit dished out plenty of steelhead shakes after all was said and done. Photo: Copi Vojta 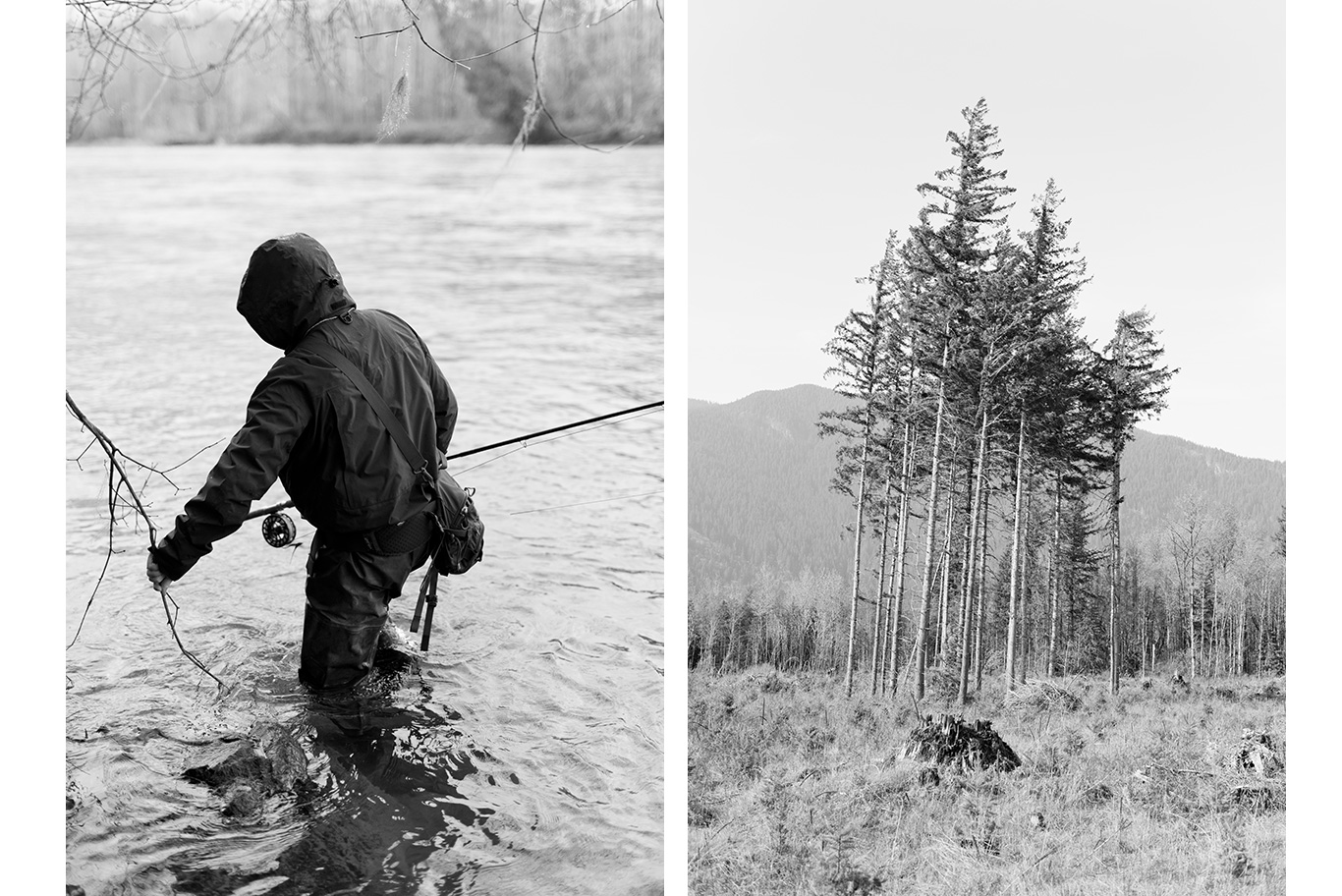 ABOVE Will Rice hangs on while wading downstream, just as this group of trees does in the middle of a clearcut. Photos: Copi Vojta 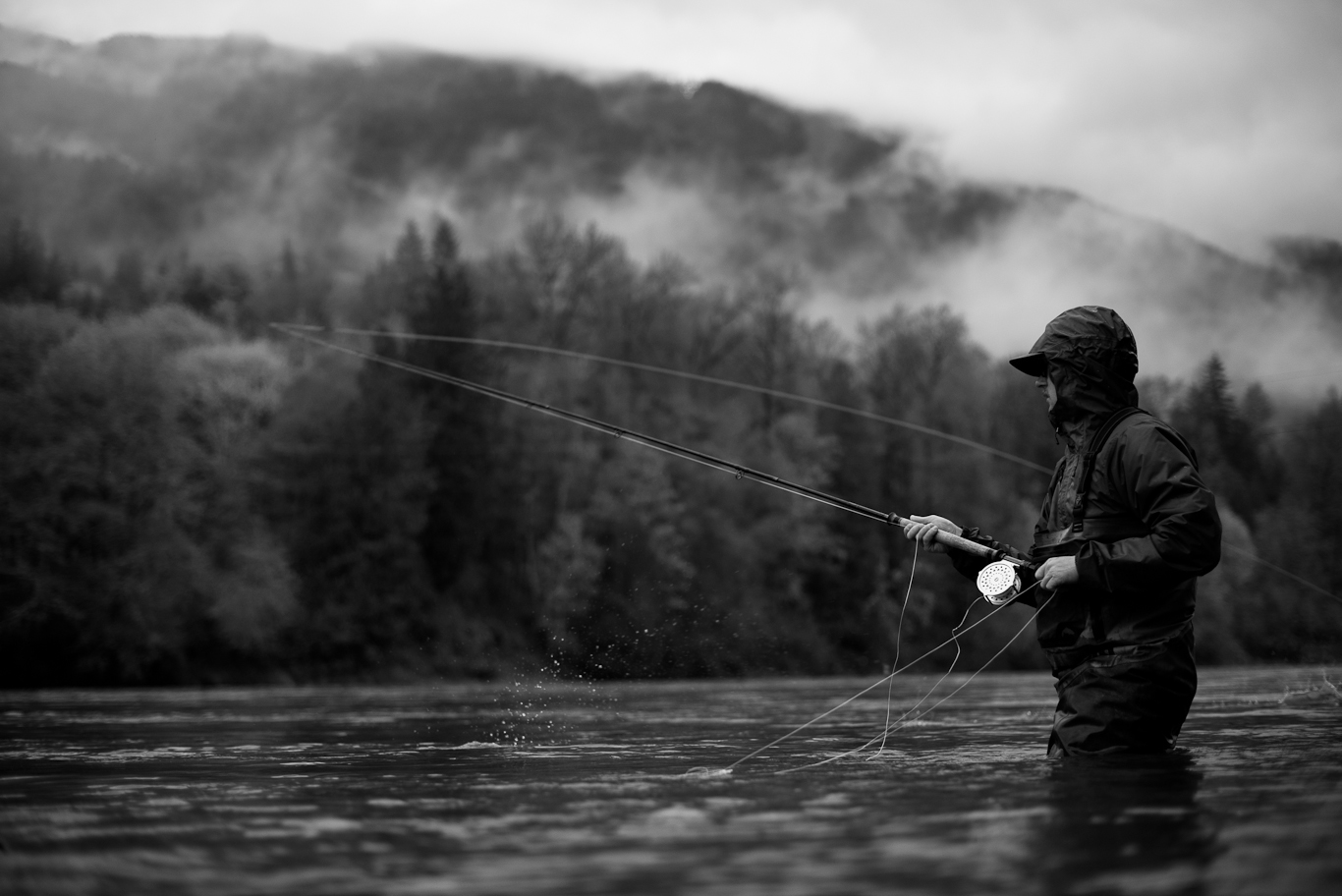 ABOVE Evan Slater shines bright on a calm run early in the day. Despite his overtime work schedule and busy home life, Evan was able to get out and swing flies for a few days. Photo: Copi Vojta

ABOVE LEFT TO RIGHT Oakland Bob gave out some invaluable advice while exploring a new river access. WDFW Officer Clinton Lucci on patrol. Lucci mentioned he’d written a few tickets to people not following the single barbless hook regulation. Will Rice finishes his coffee and takes a moment to gameplan his morning approach. Photos: Copi Vojta 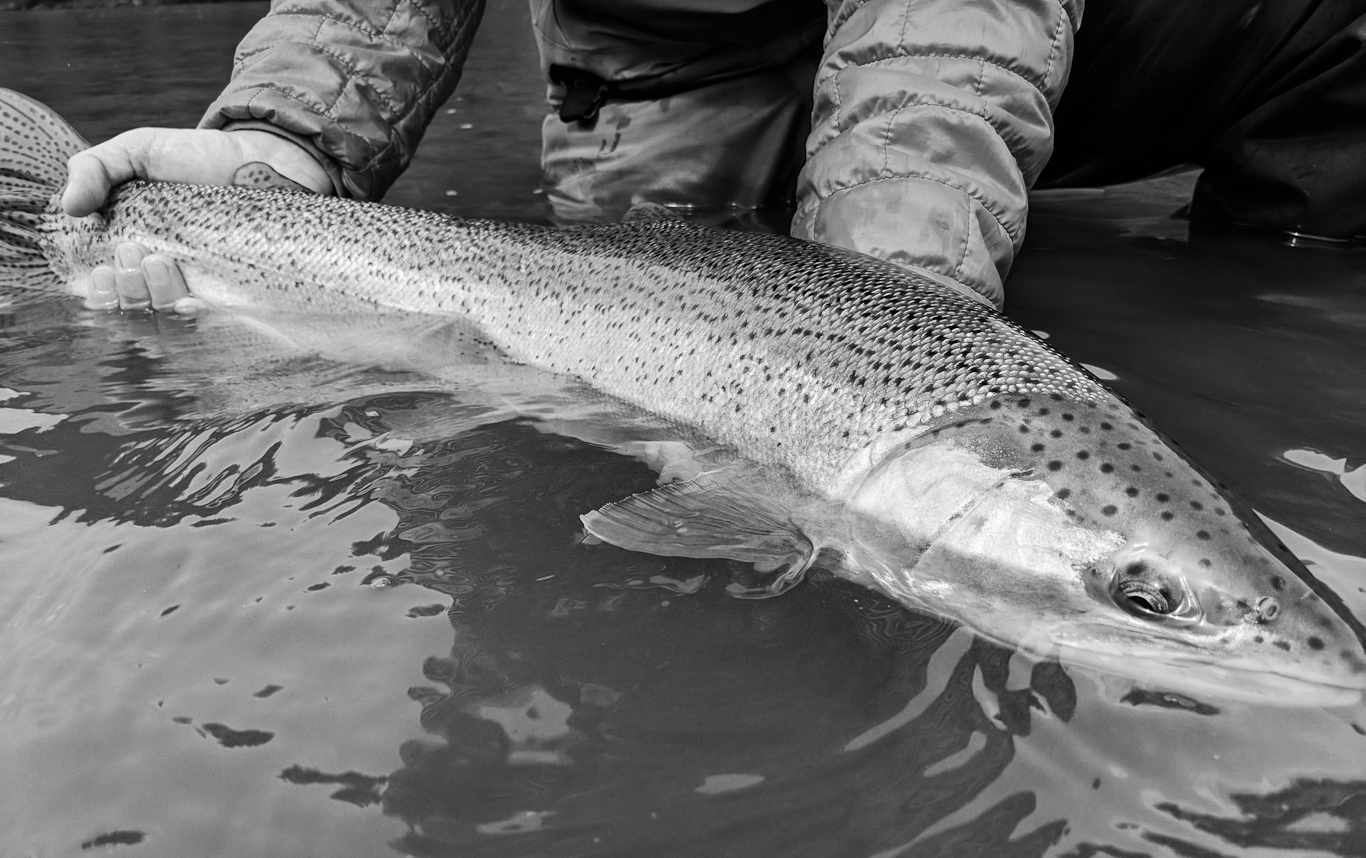 ABOVE Cory Cuevas got his bell rung by this beautiful fish in the 11th hour, not far upstream of the takeout on closing day. Photo: Jeff Cantle

Steelhead were caught. I saw a couple beauties in person and many, many photos of others. The Spey guys managed to swing a few up. Beads, the pink worm, spoons and pulled plugs caught a good number of others.

It is easy to understand why there were fish in the river. For a number of years, except for the bycatch of gillnet salmon fisheries, steelhead simply weren’t being killed. Natural resilience and the native gene pool weren’t being polluted with hatchery fish any longer. Spawning and rearing habitat is pretty good and, in a few places, is actively being restored. Incidental mortality from catch and release was minimized once the river closed to sport fishing at the end of January each year. Low and behold, when these factors accumulate over time, steelhead populations slowly begin to tick up. Though still a tiny, tiny fraction of historical numbers, there were a few more of these precious, wild creatures in the river than there had been a decade earlier. This is the rarest story among steelhead rivers. The vast majority are still declining year over year. Some have faded away entirely. 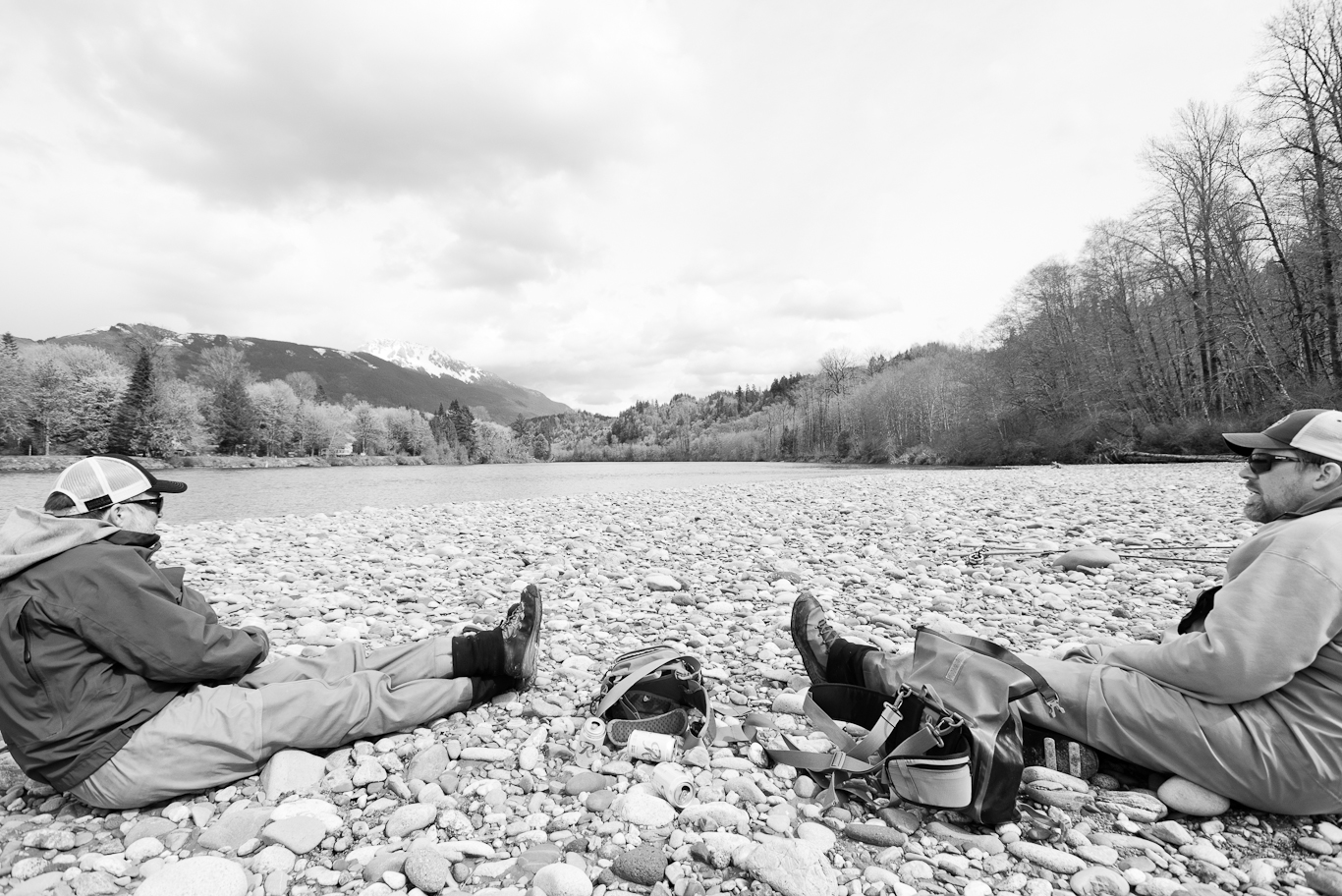 Above It’s still steelheading. Will Rice and Gregory Fitz take a breather to soak up the views, down a few beers and rest casting muscles. Photo: Copi Vojta

ABOVE Cole Cook gives thanks under snow-capped peaks and grey skies after saying hello to a beautiful buck. Photos: Cole Leishman 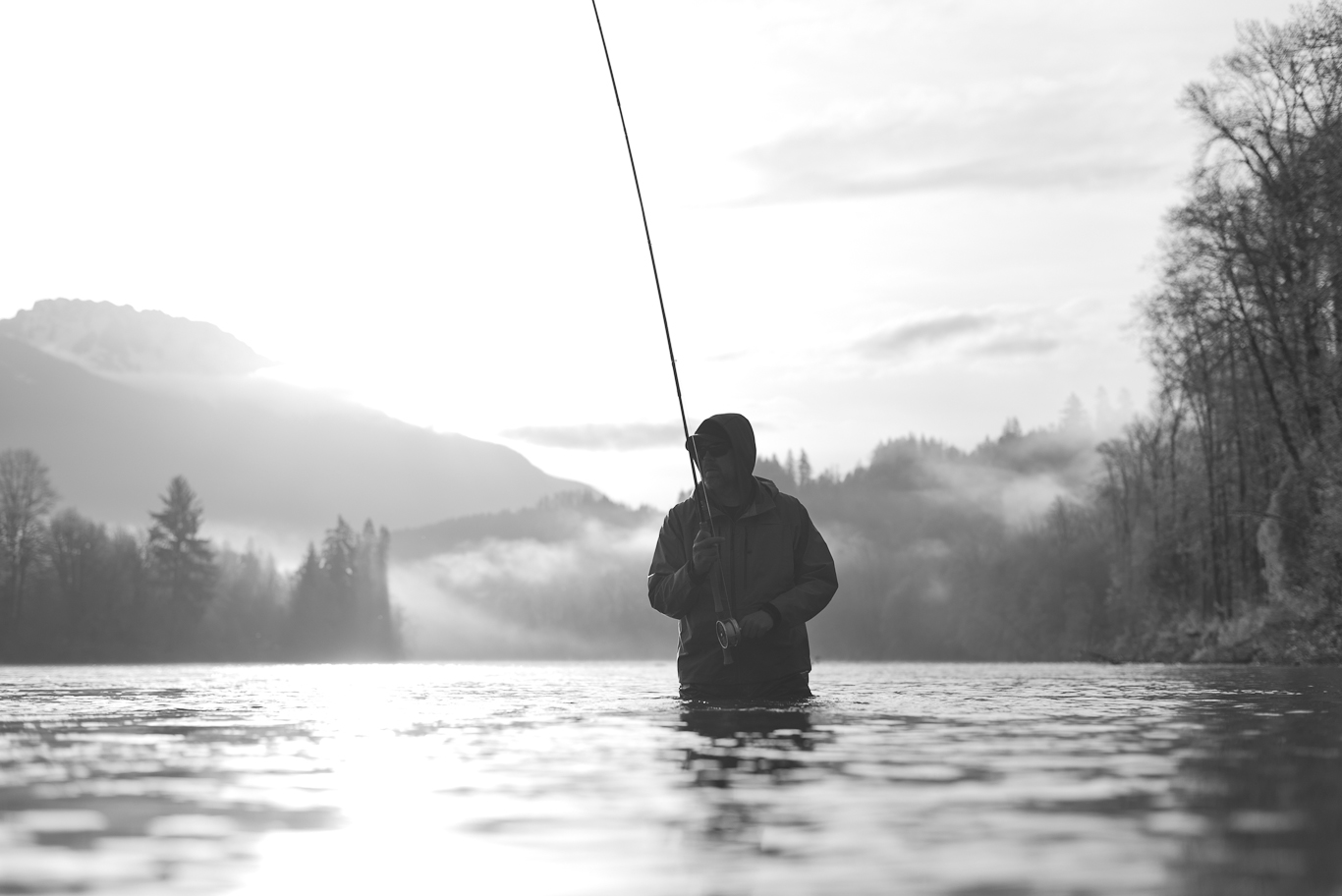 ABOVE Despite winning a round of rock paper scissors, Gregory Fitz winds it up after swinging a through a great piece of water with no signs of life. Photo: Copi Vojta

At this northern latitude, the days are already long in April. The long runs we fish demand patience as we step from riffle to tailout. There is plenty of time for the mind to wander. Time for the enthusiasm of being on such hallowed water to be tempered by the pressing issues still looming over the watershed. Time for a cautious optimism at the fragile increase in steelhead numbers. And time to wonder if we can demonstrate the restraint and consideration required to live, and fish, in balance with these astounding rivers and their remaining fish.

For more on the Skagit river, check out the Signs of Life video and microsite.