All Photos: Fly Out Media

Despite over a decade of opposition, the agency reviewing the permit application for the massive proposed Pebble mine in Bristol Bay, AK, recently moved the mega-project one step closer to reality.

The rivers and streams of Bristol Bay are known by anglers around the globe as some of the greatest, and among the last exceptionally productive wild salmon streams remaining on earth. The massive mine proposal slated for the heart of the spawning grounds of the Nushagak and Kvichak Rivers has been widely opposed for the past 15 years by local Alaska Native Tribes, Alaskans, commercial and sport fishermen, and concerned citizens worldwide. For anglers, the mine is a clear and direct threat to the thriving and irreplaceable salmon-based economy of the region.

The Draft Environmental Impact Statement (DEIS) released by the Army Corps of Engineers is the most important document of the permitting process. Unfortunately, the highly anticipated DEIS just released is extremely short and fails to account for all the mine’s potential impacts, leaving Bristol Bay in immediate jeopardy. 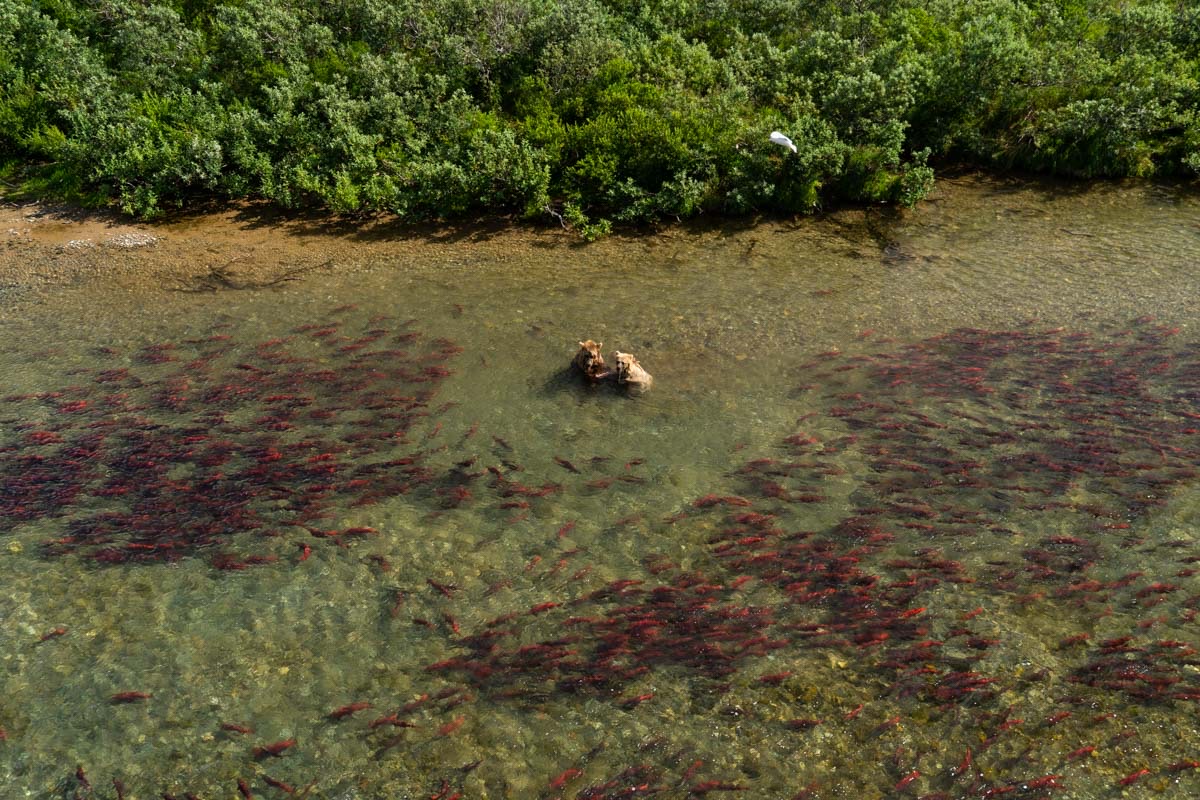 The process and flawed assessment leaves Alaskans filled with skepticism in the wake of recent environmental disasters associated with largescale tailings pond failures and as the DEIS findings include permanent destruction of more than 80 miles of streams and 3,500 acres of wetlands. What’s more, the current permit application considers only Pebble’s phase one plan. Risks posed by the entire project have yet to be fully evaluated, though the mine is closer than ever to reality.

Now is the time for anglers to weigh in: The public comment period runs from March 1st – May 31st .

Decision makers in D.C. are watching. They need to see that opposition to the Pebble mine is strong and growing. Please join us in the fight to preserve world-class fishing opportunity, cultural tradition, American jobs, food, and save Bristol Bay.

Learn more about the contents of the DEIS, the latest news, and how you can support the fight to stop the proposed Pebble mine at savebristolbay.org/stoppebble2019.