Harry Desmond spends over 200 days a year on the water, spring through fall. But during winter when he’s not out as often, he feels a bit disconnected both mentally and physically. He believes that nature has this way of keeping us centered when we let it. As owner and head guide for Berkshire Rivers Fly Fishing in western Massachusetts, he tries to instill this way of thinking into his clients, especially beginners.

This ethos has worked out well for his business. Now in its 11th year, Harry started it after returning home to Massachusetts after an 11-year stint in Wyoming. He’s taught clinics in mindfulness and flyfishing at the Massachusetts yoga retreat center, Kripalu, in which he’s mentored participants in the basics of flyfishing combined with topics like conservation, fishing ethics and mindfulness of nature. In addition, he’s an ambassador for the American Museum of Fly Fishing, acting as a steward for flyfishing history and conservation.

I recently got Harry on the phone after he’d returned from a day on the water to talk about his way of thinking and teaching—and how in addition to helping his clients’ mental well-being, it gets them into more fish. 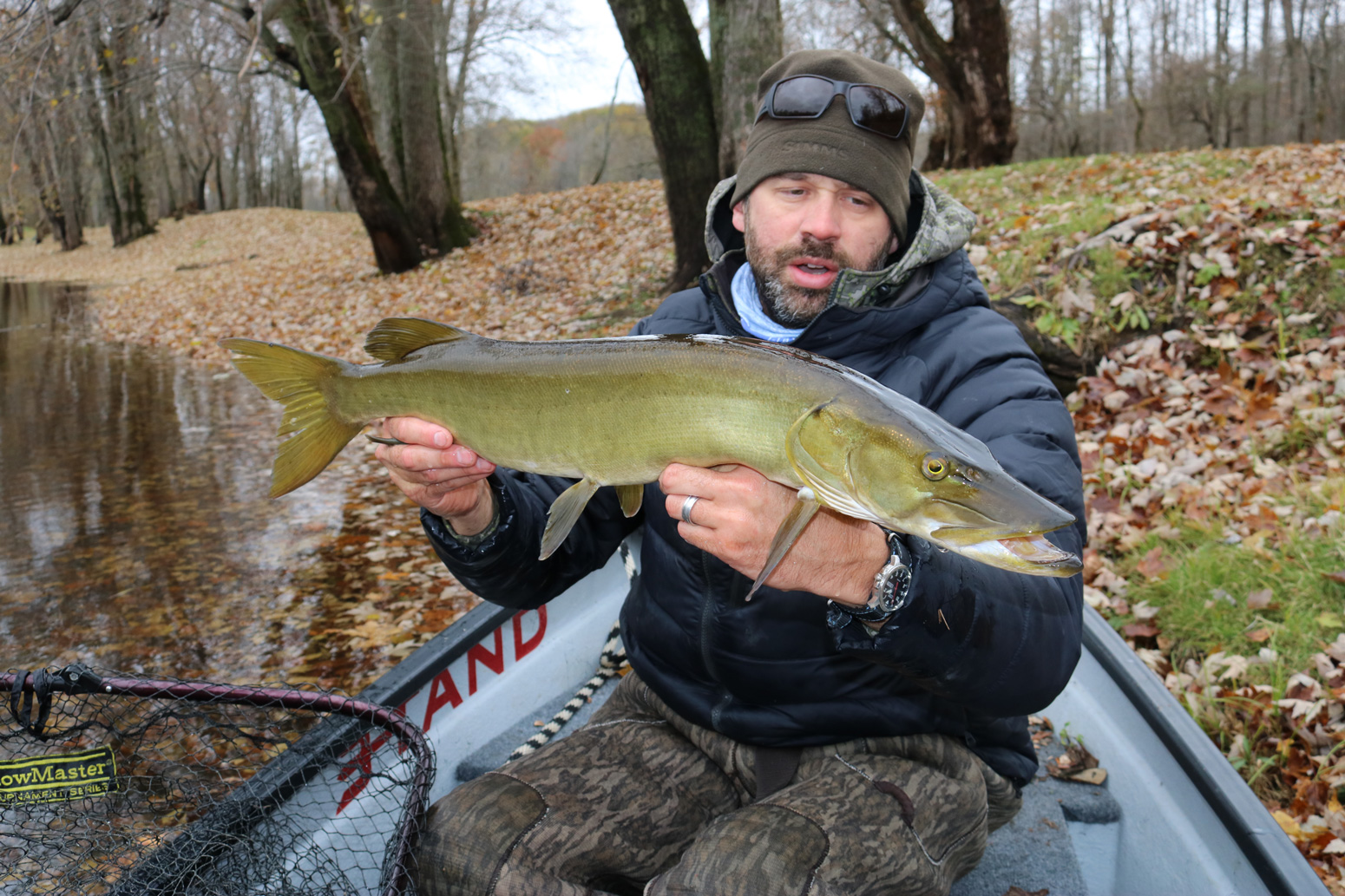 The Flyfish Journal: Can you talk about how you first started thinking of flyfishing as this sort of exercise in consciousness?

Harry Desmond: At 18 years old, I was living and working in Yellowstone National Park. I picked up flyfishing and couldn’t stand the sport at first. I was super frustrated with it, because I was trying to teach myself, and it was taking forever, and I wasn’t learning.

My second year, I was still going out on the river, frustrated and everything else and still thinking, “Man, I don’t even really like this sport. What am I doing?” I couldn’t understand why I was still being drawn to going back and going back. All of a sudden, I realized that it wasn’t the flyfishing that I was enjoying or why I was actually out there. I just loved the fact that through flyfishing I was able to go stand in this river in this beautiful place. I kind of fell in love with the idea of flyfishing, the places it brought you to, the adventure and forgetting about work and forgetting about everything that was going on and just being in a space and time.

From that, I started to dive more into it, and I’d bring my fishing rod and go hang out in the river and fish. My fishing got better and better, and I enjoyed it more and more over the years. Even today, honestly, I think that’s why I love guiding so much. I’m not fishing, but I’m on the river all day with folks. The biggest thing my guides and I try to promote to people is that we’re not here to think about work. We’re not here to think about home. This is where you can let all that go and focus on what’s really important, which is your time on earth.

Flyfishing is always portrayed as this calming and contemplative sport.

There’s also this aspect of it when you really start to see nature unfolding for yourself, like when you go out in the morning and it’s a little bit cooler, the sun’s not fully up yet, the bugs are acting a certain way and the trout are acting a certain way. Then the sun comes up and the light changes, and all of a sudden the bugs start acting different and the fish start acting different.

Once you’ve been doing this sport for long enough you can see the whole thing unfolding in front of you, and you’re watching nature and the earth and the universe unfold right in front of you. For me that’s where I really start to get lost in it. 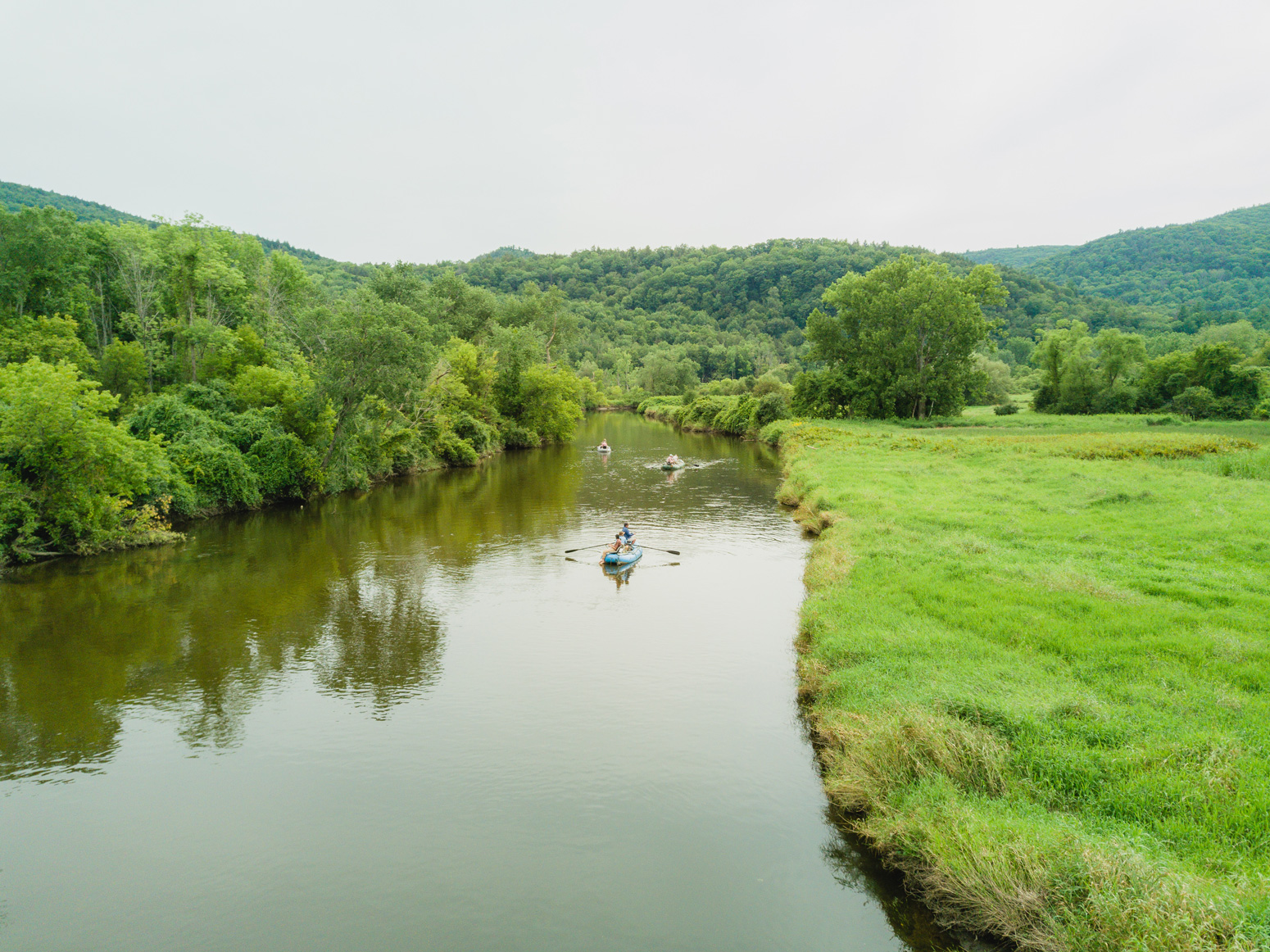 A mid-June float for Harry and company, targeting trout and smallmouths on the Housatonic. Photo: Maciej Labinski

It seems like teaching people to flyfish through this lens might take away some of the intimidation of being a beginner. Is that true?

I think so. I’m in a pretty unique place in the Berkshires—two hours north of New York City, two hours west of Boston—but where I am it’s woods, it’s in the hills. We take a lot of beginners, a lot of first-timers that roll in from New York City trying to be very detail oriented, full of anxiety from the city life. All of a sudden, they’ve been in the river for an hour, and you can literally see them let go of all that. For some people, it takes longer than that. So yes, we teach the sport and we teach it well, but we’re also trying to teach people to relax and enjoy their time on earth.

Are there specific lessons that you try to teach people?

The biggest thing we try to teach, and I think it’s a basic flyfishing thing but maybe not, is just observation. When your focus is on nature—the bugs, the fish, the birds—that focal point leads you down that road toward turning off distraction.

Another concept that I always try to teach people is just surrendering to the flow. I think we go out as anglers and sometimes want to force our will on what to do inside of nature to try to catch fish—I’m going to go there today and I’m going to throw this and this is going to work—and that’s not how it works at all. You kind of have to surrender to what nature is telling you to do. It’s a riddle every day, and nature is going to lay out the work for you of what the riddle’s going to be. It’s going to have its own way every day, and you have to dissect that and figure that out. If you surrender to that and observe, the road is going to be laid out for you. You just need to pick up on all the little cues. 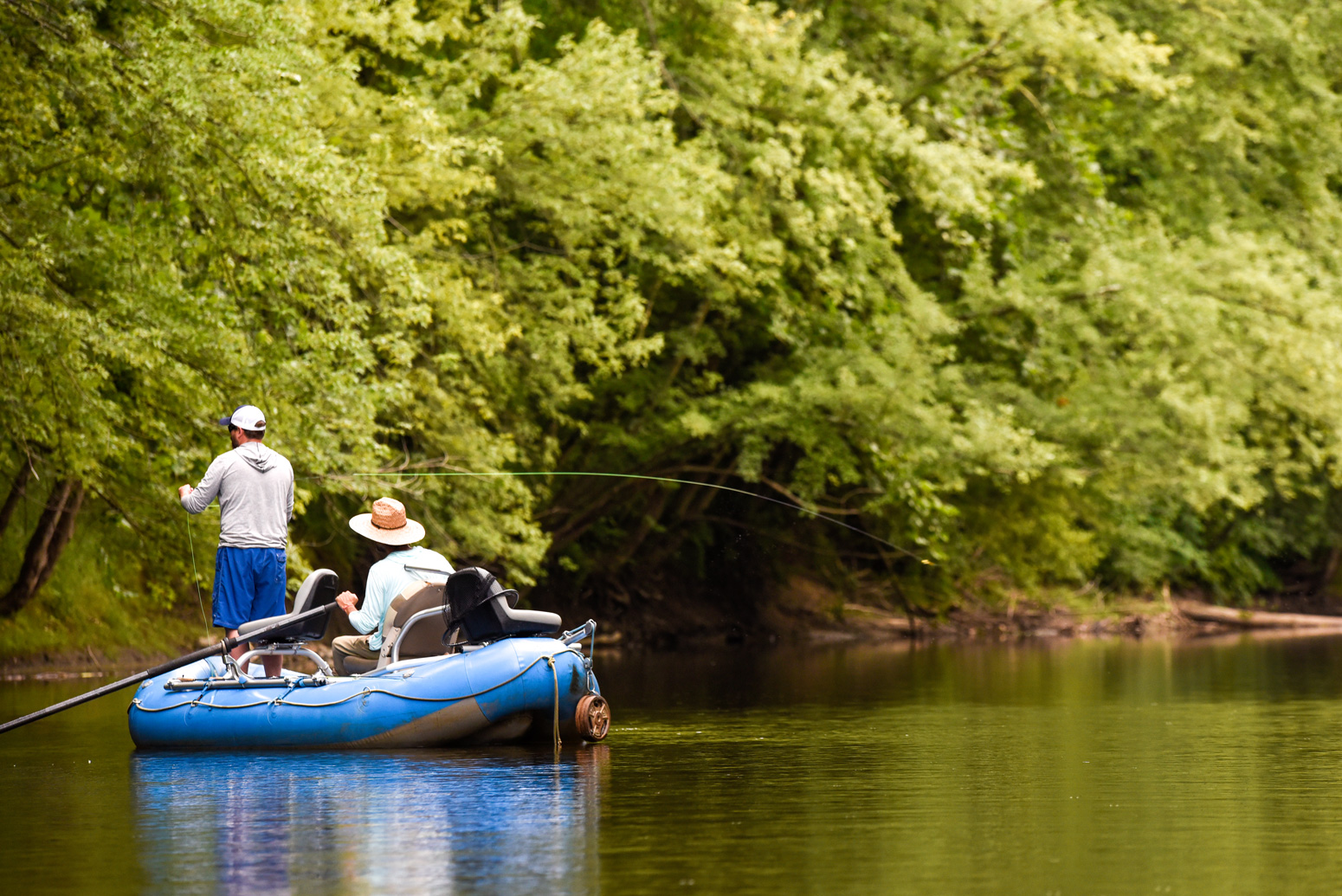