ABOVE: There’s nothing more relaxing than being alone on a glass lake watching fish rise. Come August, this place will be full of people and paddleboards.
There’s a lake high in Utah’s Uinta mountains where, I’ve heard, the trout will take just about anything you throw at them at ice-off. The lake is one of my summertime go-tos, not too far from my home in Salt Lake City. I’ve never caught anything bigger than 10 inches there, but it’s where I go when I really don’t feel like getting skunked.

I imagine the road up there is probably about open by now, but I can’t find anything online to support that claim. The locked-down world’s just starting to open back up now too, and any of the we’re-all-in-this-together mentality that was present just a couple of months ago seems long-gone now. My pregnant wife and I are still social distancing; we haven’t seen family or friends in months. We wear masks on our grocery runs, but it seems like that’s not a thing anymore for most people.

This time of year, for me, is usually occupied by baseball and fishing. There are few feelings as good as standing in a river on a Friday evening with my Detroit Tigers streaming from my phone in my wader pocket. But baseball season’s been pushed back, maybe indefinitely. I just want to feel a cork handle trembling.

I toss my cross-country skis into the bed of the truck along with my fishing gear, not knowing what to expect up there. No cell service, for sure, but without a ball game to listen to, that doesn’t matter. Last time I was up that way, I had to park the truck and ski in the last few miles. I’d found the lake still ice-covered, without even a spot of water to wet a line. 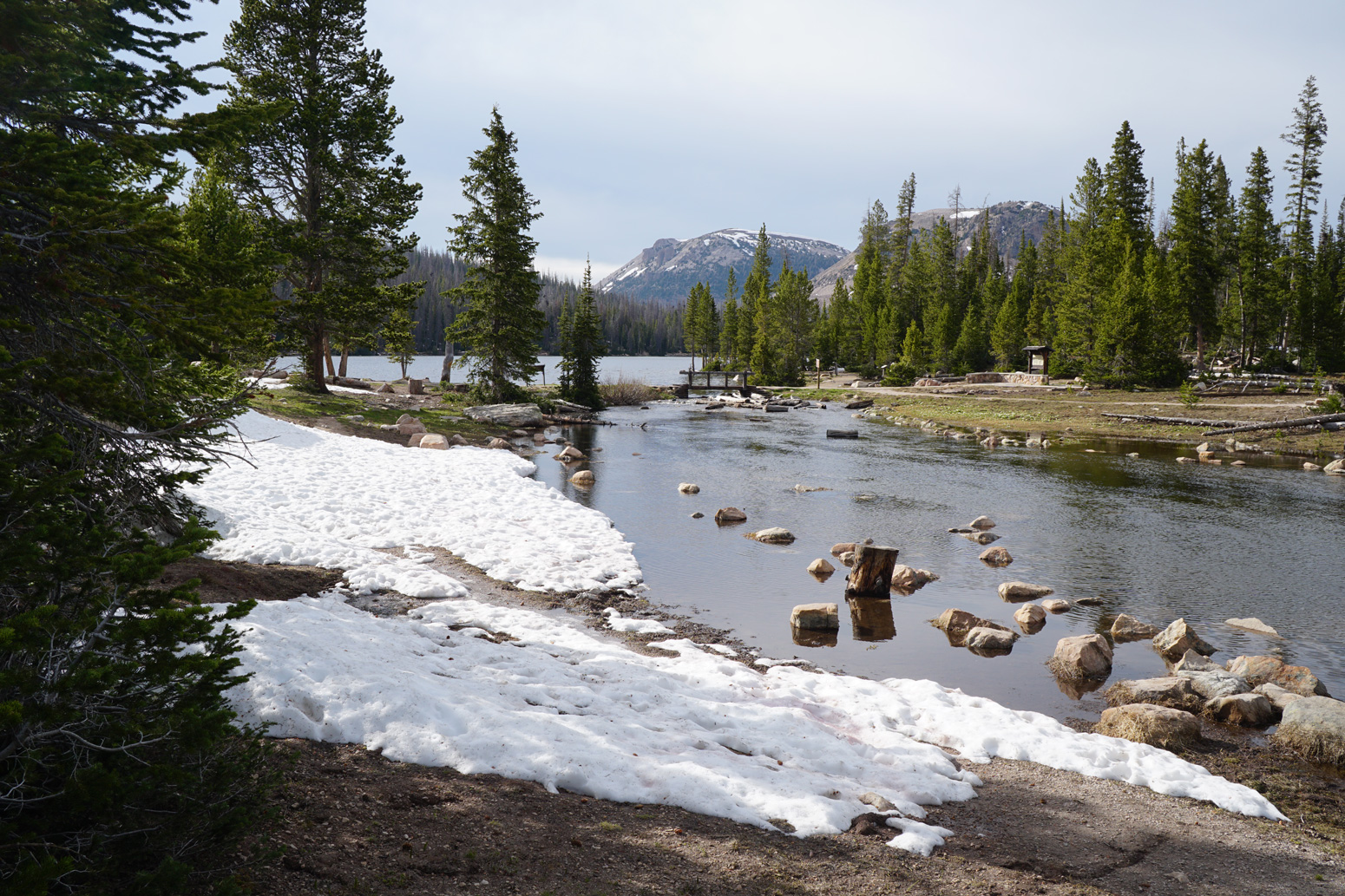 above High in the Uintas, there’s often ice on the lakes until mid-June. Time it right, and you can hit ice-off on a different lake every week from April on.

Today, though, I’m able to drive right up to the lake, and there’s plenty of open water—amazing the difference a few weeks makes. During summer, this is a six-pack-in-the-kayak kind of place. On any Saturday afternoon in August, the boat is necessary to get away from the families on shore with their armadas of inner tubes and the type of dads who will leave their Styrofoam worm containers and Bud Lite Lime-A-Rita cans for someone else to deal with. But today’s a weekday with snow still on the ground, and aside from the sound of snowmobiles ripping in the distance, I have the place to myself.

I walk the shore a bit, before stringing up the rod, and through the glass-clear water can see the stocker tigers and rainbows patrolling the shallows. I wade out near a creek tumbling down the mountain through the snow, the cold water shocking even in waders.

I cast woolly buggers and let them sink an eight-count before stripping line. It’s slow for the first half hour, and I’m wondering if the night will be a bust, if my skunk-proof honey hole is on pause just like baseball season.

But then I get a take, an eight-inch tiger that makes a couple of leaps before I bring him in. A couple casts later it’s a red-cheeked rainbow. Every few casts after that is another fish, mostly tigers with a couple more rainbows in the mix—nothing big—but every one of them gets that rod quivering just like I need. 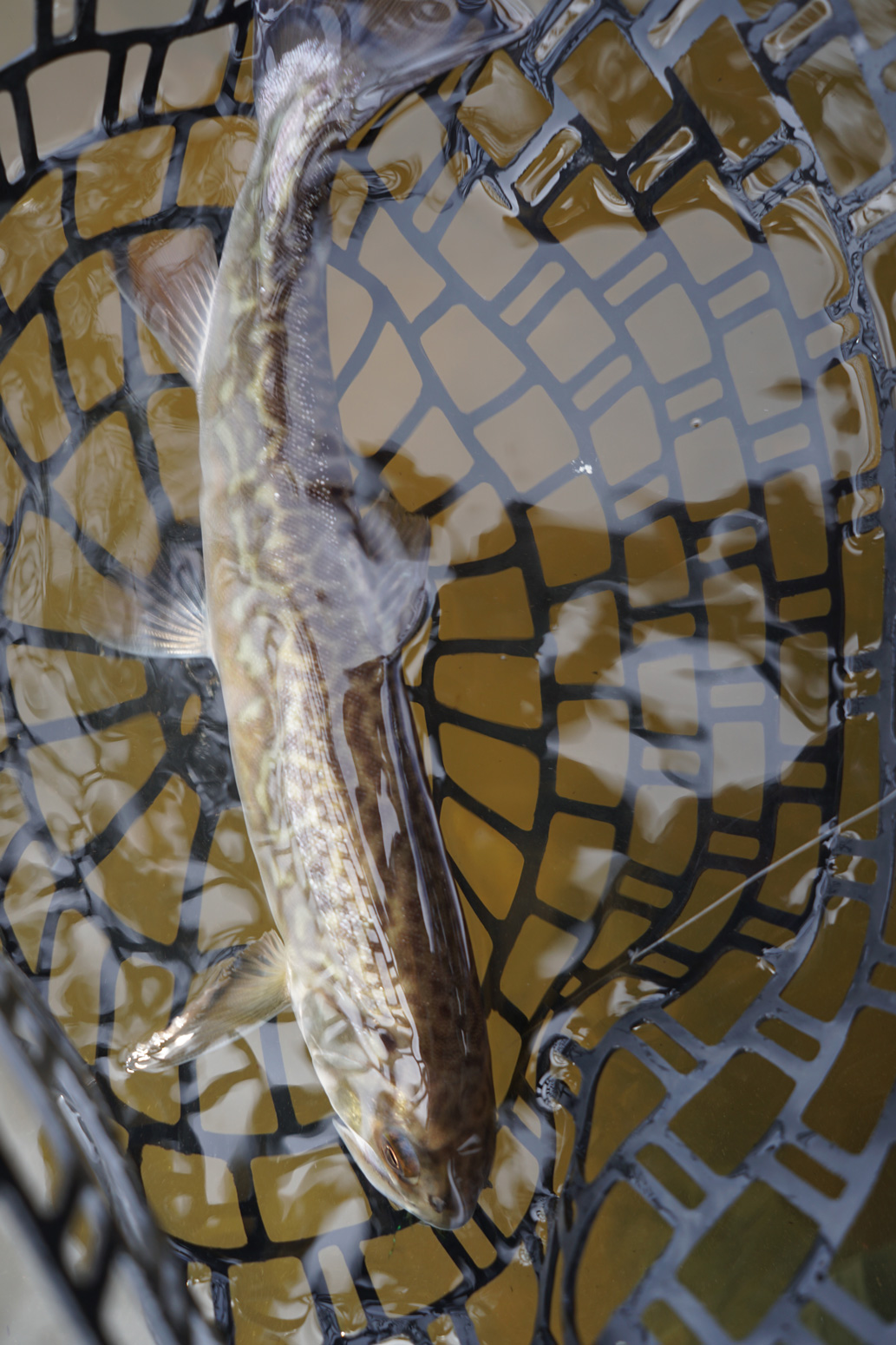 above With one of these beauties in the net, you can’t help but admire its markings.

Normally this time of year, I’d have used my fishing time to hit the river—big brown or bust. Save the high alpine for high summer. But being cooped up with the news had me feeling the need to get away—not six feet, but miles.

It’s nearly sunset. I hadn’t planned on being out here all night. But as I walk back toward the truck along the shoreline, the splashes of fish accelerate on the glassy water.

I wade back out.

The world is complicated right now. But a fish on the line, even a small one, provides relief. My Tigers may not be playing, but I’ll be content up here playing these tigers. As long as they’re happy to take my fly, I’ll be happy to give it to them. 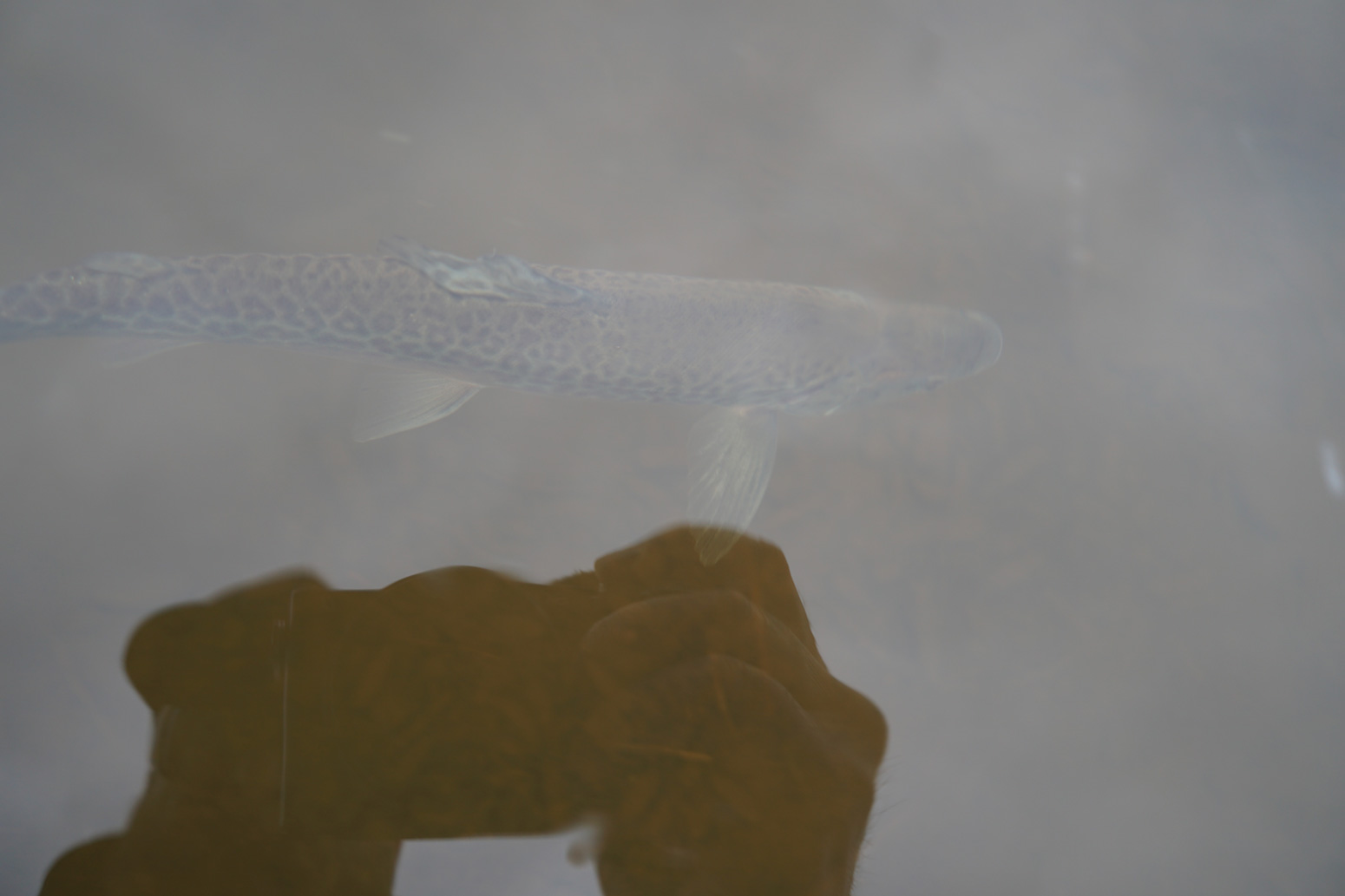 above  A small tiger just released, taking a little breather before heading back to the depths.