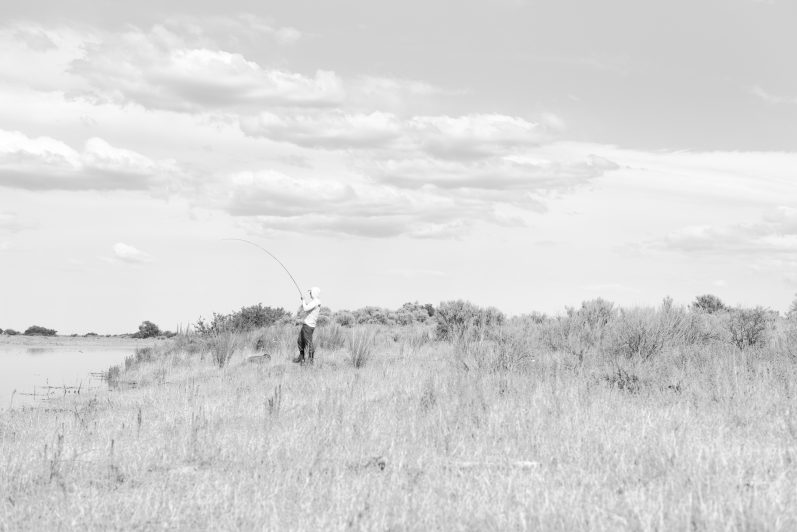 I played hooky from the desktop and had been hearing reports of high water, which the United States Geological Survey’s real-time tools confirmed. It may just be the most moving water passing by one specific point I’ve ever witnessed. On top of an iffy forecast, I had reservations about the weekend. What an unusual spring.

“Basketballs per second.” It’s one way to try and wrap your head around how much water is moving by one specific point at one specific time as a basketball is roughly one cubic foot in size. I check the realtime gauge first thing in the morning, it reads 292,000. It updates every hour and now reads 318,000 basketballs per second. Scratch that, it’s bumped to 320,000. And another bump to 324,000. I’ve never been on this river next to that much water, nor seen that many basketballs. 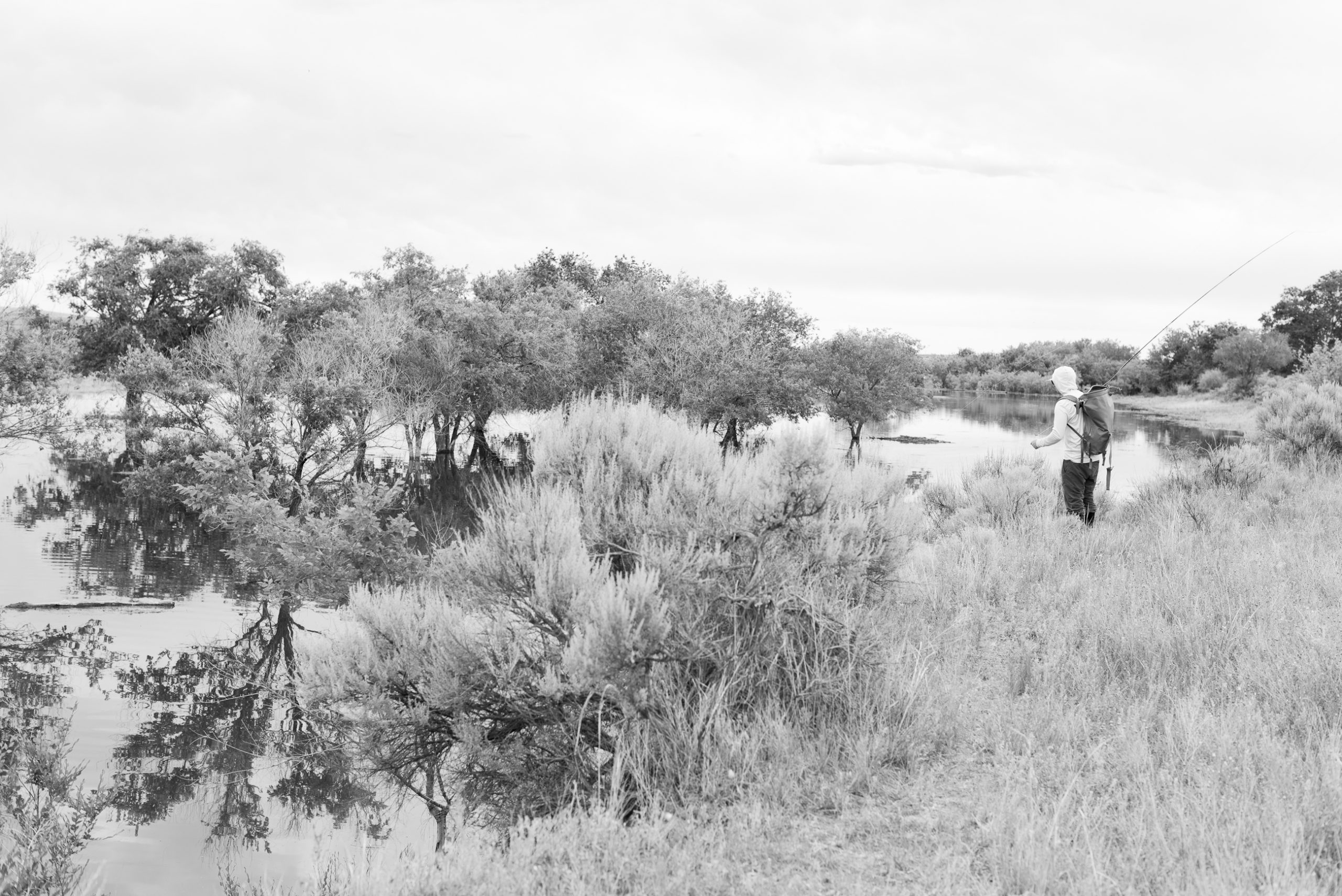 Above Evan Slater plops and drops from a nice perch above a slough full of carp. Photo: Copi Vojta

A buddy and I find a slough stretching for at least a mile. We spook elk and look for bears. While perhaps a redundant statement, there is no other way to put it; the big female carp are huge. As big, maybe longer, than my thigh. Many are happily, splashily spawning, but we still cast. 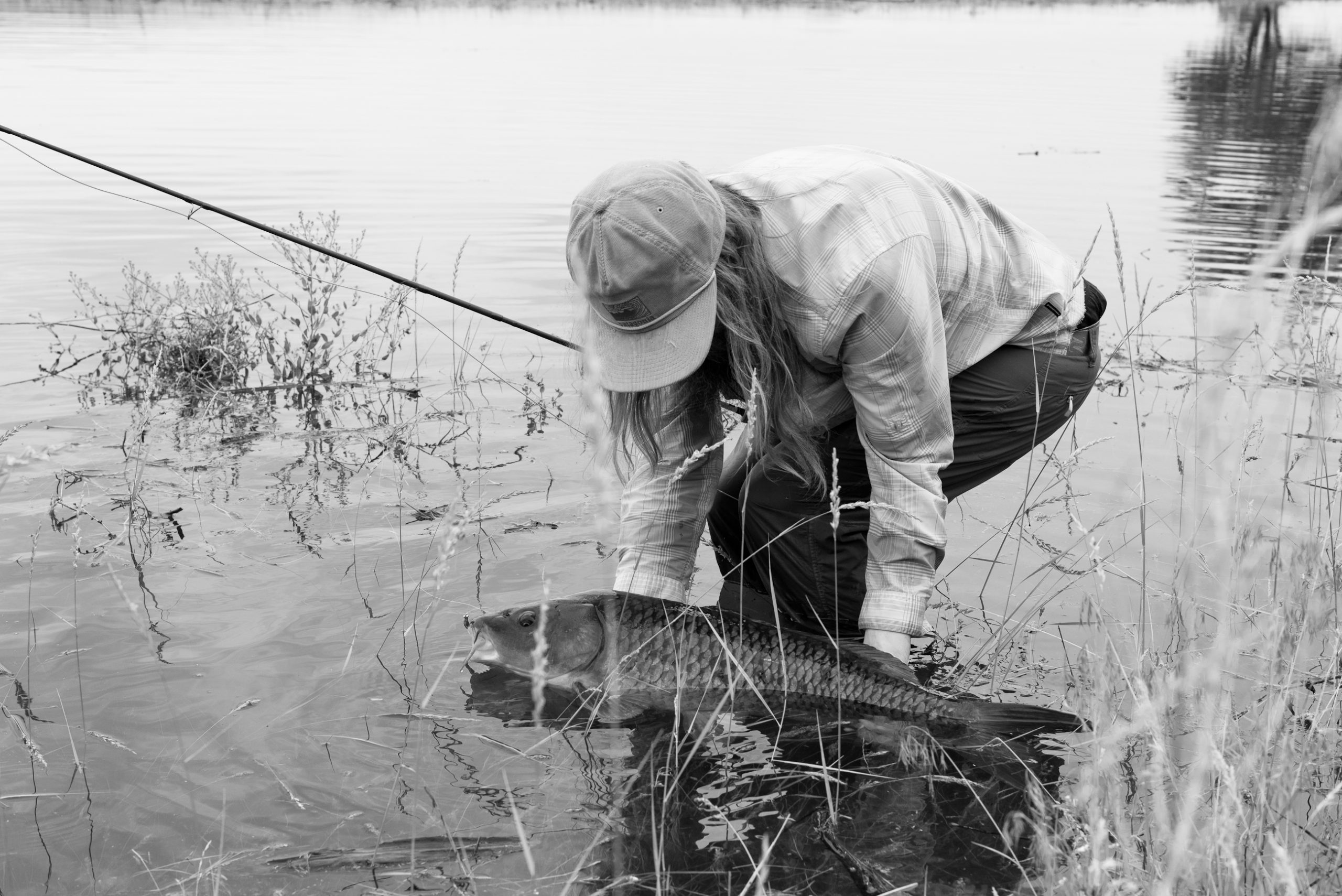 Above A stout Columbia river carp, fresh from taking a full flyline and a bit of backing for a ride around the pond. Photo: Evan Slater

Techniques resemble a class II plop and drop, whitewater rafting lingo I recently learned on YouTube from Crazy Bill TV and have succinctly applied to casting a fly more or less resembling a worm, letting it drop from the sky—hence the plop—into range of a cruising fish. Thank you, Crazy Bill, you Creature Craft legend.

Sky worms, worms from the sky, we make up our own lingo. Light weight, not-too-splashy plops, read the fish, lead the fish, judge the current and sink rate. Get the eat. A simple equation, right? 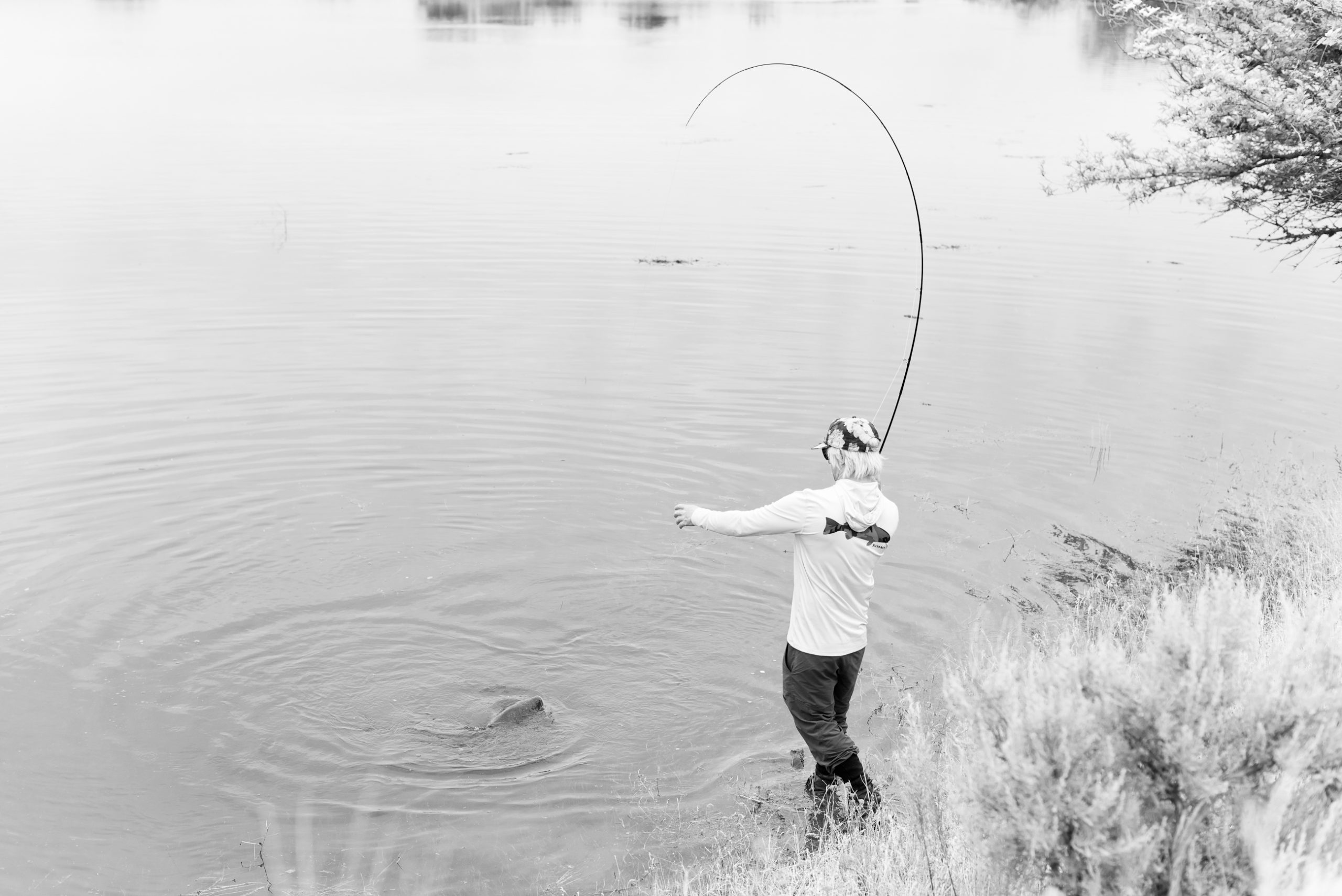 Here Evan Slater reaches to leader a fish, one of several that were obnoxiously large. Photo: Copi Vojta

This first day is one for the books. Enough of the big fish were eating. I even found a hard hat, for all of the heavy lifting that ensued. Catch a fish, drink a beer, watch your friend catch a fish. Hopefully repeat. Or drink beer until you or your friend catches a fish. Or even more hopefully, catch fish until you can take a break to drink a beer.

Above Another solid carp, surprised by the worm from the sky that suddenly appeared in its face, but not deterred enough to affect its appetite. Photo: Copi Vojta

In between fish while absorbing the desert heat, we both wonder aloud if and when there is a difference between a forecast of partly sunny and partly cloudy. They both seem like different ways of saying the same thing. The iffy forecast was true, there were clouds and there was sun in between them. We can’t make sense of it, and are glad we’re not meteorologists. 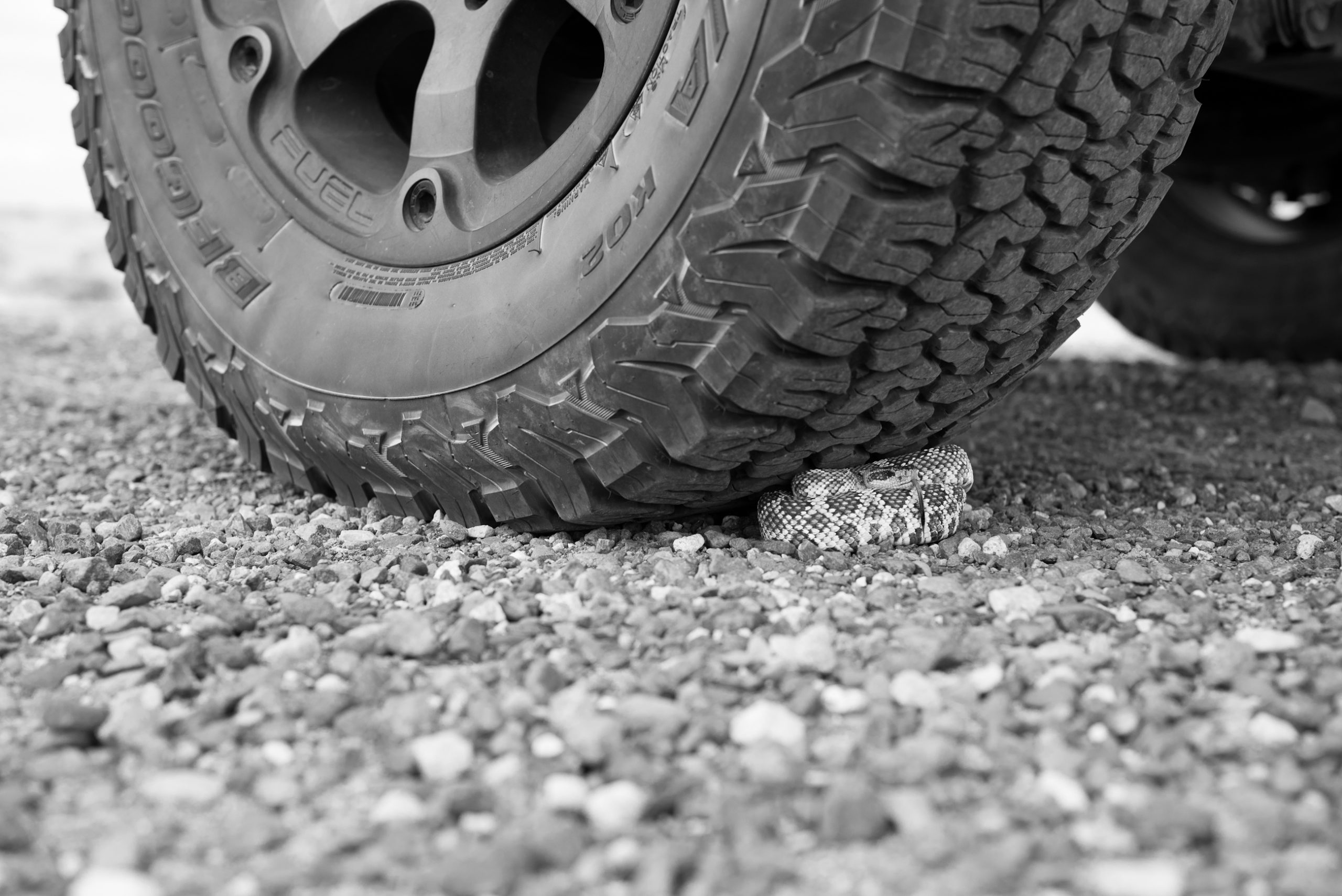 Here A western rattlesnake huddles for warmth underneath a truck tire. Another vehicle had backed up after they saw the snake and stopped right next to it, it decided to coil up next to the tire, perhaps for warmth, and a few minutes later the snake slithered off into the roadside grass unharmed. Photo: Copi Vojta

The second day becomes a cage match. I am in a new location, alone now. I have found only one place where there are fish. There is one small casting lane between submerged bushes and I have already lost a large fish; it took me around the left corner into the backing, drowned trees and whatever else is underwater out of sight. I have to break it off after minutes of trying to muscle the fish out of these entanglements. I nearly lose my line and am glad I tied my own knots. The fish settle down and come ‘round again and I’m in luck—one landed fish for the day. The movement of air picks up enough to whitecap the river. I am content to go chase the storms, cold rattlesnakes and a new campsite for the rest of the day. What an unusual spring.