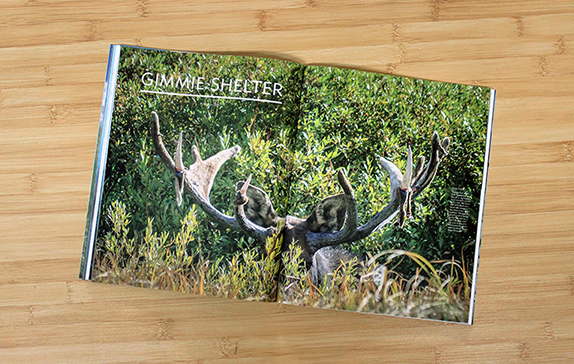 In the strange world of writer John Holt, Halloween signals the end of his fishing season. On this particular Halloween, however, things are somehow even stranger. Out for his traditional final day on the water and a good cigar, Holt encounters not just a number of willing trout, but also an angry, drooling moose and a bull trout bent on bloody destruction. Just another day in Montana.

This was fine Halloween weather. Cool, breezy, high-pewter overcast giving the day an ominous feel as if someone with malevolent intent was watching over the flyfishing proceedings. The feel was of winter lurking far up north waiting impatiently to swoop down along the eastern slopes of the Alberta mountains and wreak frigid mayhem all over the Montana landscape. Low-grade intensity shaped the outing. Something sinister was about.

Subscribe to start your collection of the world’s best flyfishing publication.