On the outside, Stilt Houses of Texas, a new book project from author Michael J. Medrano and photographer Tim Romano, doesn’t seem like a fishing book. And it isn’t really. Its about place, residence and resilience. But the marshes these stilt houses are built on, elevated from the water and waves, also happen to be some of the fishiest places on the Texas coast. As such, there’s no shortage of beautiful, subdued color photographs of guides, fishers and redfish. Aside from the landscape, what really makes the book shine are Tim’s portraits and the shots of the places those people hold dear. Stilt Houses of Texas documents those places in an elegant coffee table photo book.

The project documents over 400 stilt houses that are part of the Texas General Land Office coastal cabin program. There are wide vistas of the Texas coast, richly detailed snapshots of intimate spaces and cherished moments with strangers; it’s a collection that’ll leave you feeling like you’ve made the trip yourself, caught a few fish, made new friends and still have the sea legs from a bouncy skiff ride.

The Flyfish Journal recently caught up with photographer Tim Romano to chat about the project.

The Flyfish Journal: Hey Tim, this is a beautiful book. Tell us how this project came to fruition?

Tim Romano: Thank you for the compliment. It means a lot coming from you. How the project came to fruition? Well, I wish I could say it was my idea and I’d been thinking about it for years, but in reality it was the author, Mike Medrano’s brainchild and he needed a photographer. I just happen to be fairly familiar with much of the subject matter and really was pumped about the project as a whole. So I jumped in with two feet.

TFFJ: The sense of place within your photographs is evident throughout the book and many of the portraits and interior spaces are very intimate. You’re from Texas originally right? Do you think having that connection helped with the project?

TR: I’m actually not from Texas and was born in Colorado, but do consider myself a “Texan” for sure. I lived in the state from 3rd grade all the way through the end of high school and certainly became enamored with much of the state, including the coast. Since I moved away I’ve continued to visit for fishing trips, friends and strangely quite a bit of photo-related work. So, yeah, I’d say it helped.

TFFJ: Were there any tense or weird moments that came with knocking on cabin doors, in Texas, with ‘No Trespassing’ signs displayed prominently, or were most folks you ran into welcoming and friendly? Give us a little dirt on any mishaps or high points you guys ran into along the way.

TR: You know, honestly folks were pretty friendly. There was definitely a little bit of hesitancy up front as many of these places are incredibly remote, so when two guys come sauntering up to your doorstep with 50 pounds of camera gear in tow, it can be a little intimidating. All in all though, people were really welcoming and opened up their cabins for us. 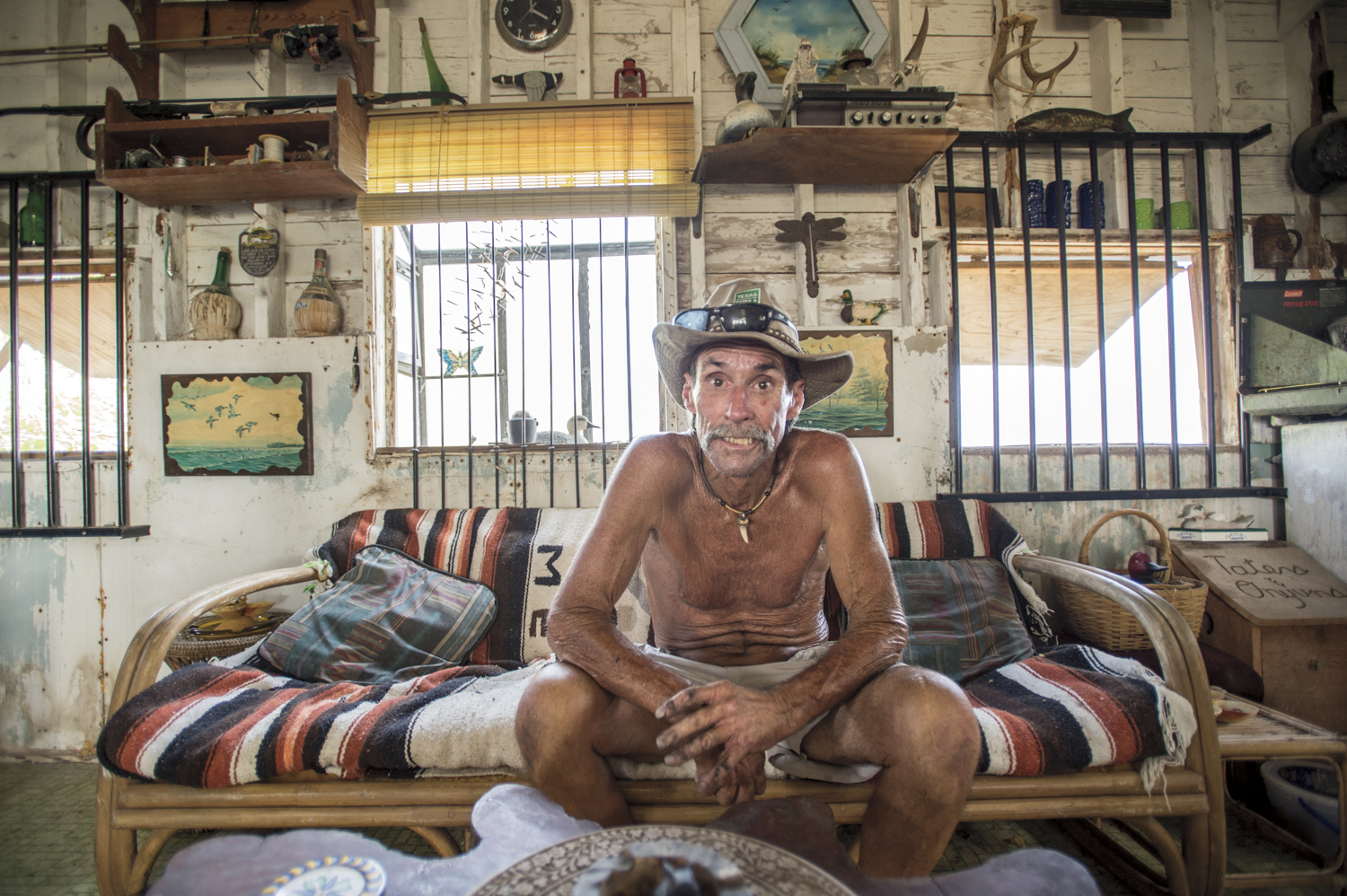 Mishaps… Well, running around for hundreds of miles in a Maverick skiff presented a little bit of a challenge and there were a few runs that were exceptionally long where multiple extra gas cans were mandatory. [During one of those] we got caught by surprise with some weather and had to power head on into four foot whitecaps and took on a bit of water. That wasn’t so fun. There was another early morning, about 3am in the pitch black where we lost the electronics on the boat and were running blind in about two feet of water or had the choice of the intercoastal waterway with 700 foot ships bearing down on us. Pretty butt-puckering. Eventually my trusty headlamp got us where we needed to go, but it was pretty unnerving for this mountain boy.

TFFJ: There are a few night/dusk images; were you guys invited to stay at some of the cabins along the way, or were you mostly doing day trips from solid land?

TR: Crazy enough all of the early morning and night shots were just really long day trips. We stayed mainly on land at a number of locations as we were moving so fast down the coast that it simply made more sense to keep the logistics to a minimum. 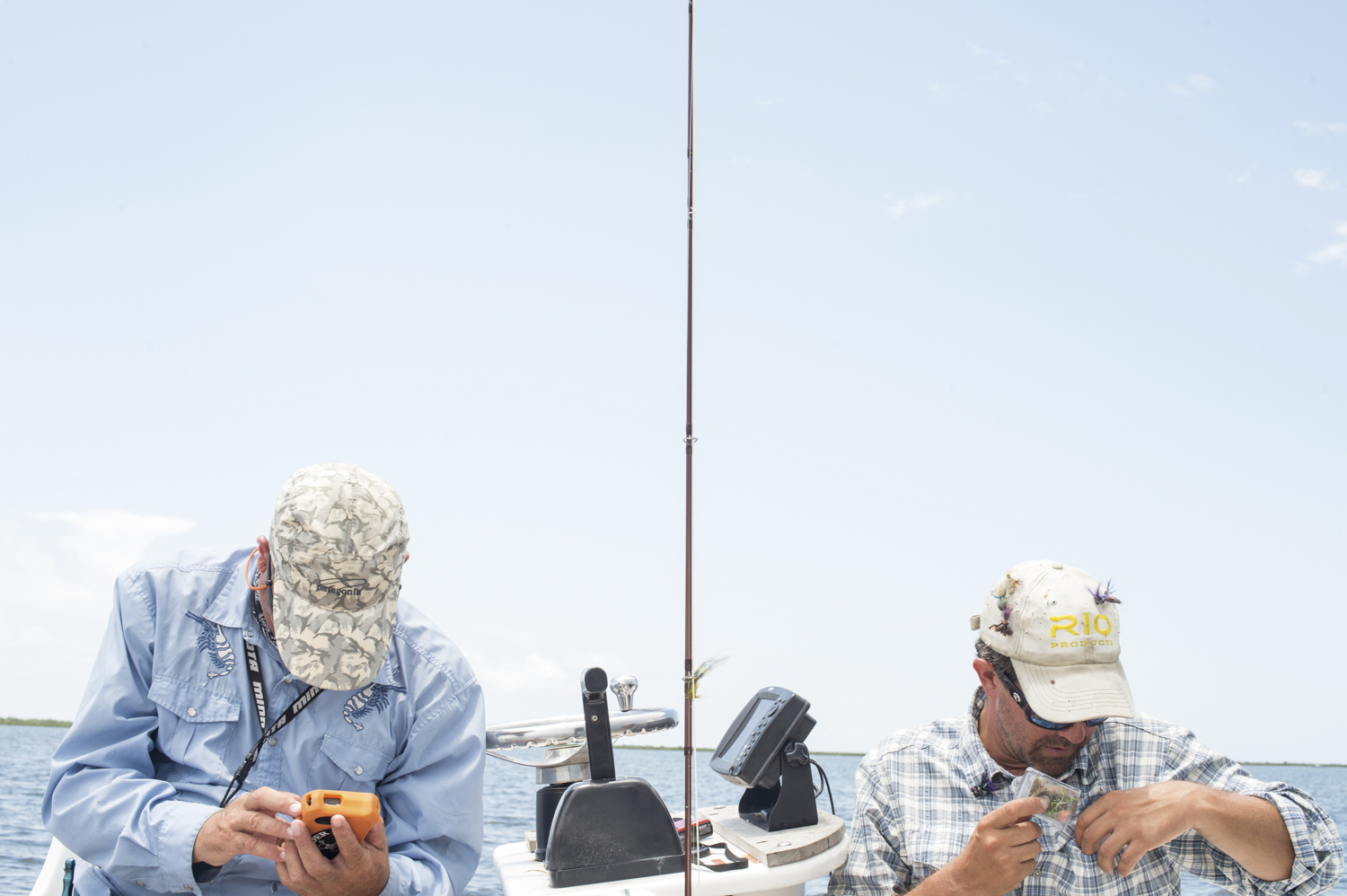 TFFJ: I imagine this was the result of multiple trips, over a few years? What was your favorite part or favorite thing to shoot?

TR: The project took about a year to shoot, but was broken up into about two weeks of actual shooting. Seventeen-thousand images in all. It then took about a month of editing on and off for me, then to our editor/designer for another handful of months. All in all about two years.

My favorite thing to shoot? I really like a lot of the portraiture. I find it the most rewarding. Especially to get a good shot of someone who you’ve just met and might not be all that comfortable with you sticking a camera in their face. When that works out I just am pretty amazed and am so happy when it turns out well. I really like quite a few of those shots in this book.

Stilt Houses of Texas is a hard cover book packed with 240 color photographs and available for purchase here, for $75.00.